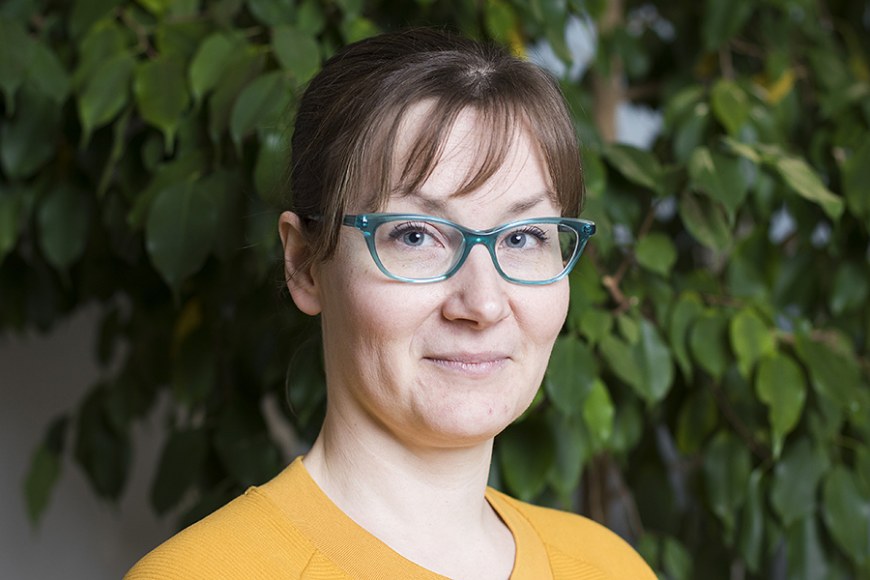 For a long time, Eeva Puumala mulled over the research idea which will now be realised with the help of ERC funding. “This is a unique opportunity,” she says.
Senior Research Fellow Eeva Puumala from Tampere University was granted €1.8 million to study social change and community dynamics. The aim of the study is to understand the development and causes of social differentiation and division from the perspective of local communities.

“This funding is an exceptional opportunity for me. It is a completely unique chance to get to do this type of risky research, which combines scientific risk and the risk of having researchers from different disciplines work together,” Puumala says.

What is exceptional about this study is its interdisciplinary setting as the project will combine social sciences with neurosciences by the means of virtual reality technologies. Through interdisciplinarity, the project will explore how individual interpretations and perceptions integrate into everyday life in local communities and how they intertwine with broader societal developments. Puumala’s EmergentCommunity project will start in 2021 and run for five years.

The ERC Starting Grant is targeted at top researchers who have from 2 to 7 years of post-doctoral research experience. The funding was granted by the European Research Council from the Horizon 2020 programme.

This year, ERC granted a total of €677 million to 436 researchers from 25 countries. In Finland, 7 people received funding, three of whom work at the University of Helsinki, three at Aalto University and one at Tampere University.

In 2012, Puumala published her doctoral dissertation on international relations and has worked as a researcher at Tampere Peace Research Institute TAPRI since then. TAPRI is part of the Faculty of Social Sciences at Tampere University. She has previously researched asylum screening interviews in a post-doctoral project funded by the Academy of Finland and neighbourhood dialogues in the Neighbourhood Yurt project that received funding from the Kone Foundation.

The starting point of the research project is the inadequacy of established concepts to depict how global and cross-border challenges affect local communities in increasingly diverse societies.

According to Puumala, there is a need for a better understanding of what communities are like during transition, how they are formed and what kind of dynamic develops within and between them.

The project is based on the idea that because of the lack of conceptual tools, social challenges cannot be met by the political level, either.

“When we do not understand what is happening and why, we cannot develop solutions or change the development trajectories,” Puumala says.

The research begins at the individual level by examining how individuals perceive their position, how they make events relevant, and how they act in daily life. The study also examines what is happening at the local level between different communities and how this is reflected in broader societal trends.

Finland, Sweden and France will be studied

The background of the study is the social upheaval of recent years. In many European countries, nationalist or populist parties have risen to power and the social debate is marked by confrontation. Some citizens perceive political institutions as alien and feel marginalised and excluded from society. At the same time, populations are becoming more heterogeneous.

According to Puumala, the main research question is very simple: how do you live in a situation where different dividing lines and diversification are commonplace in societies?

In order to understand the effects and formation of these developments, knowledge of people’s everyday realities is needed. A total of nine urban areas from Finland, Sweden and France have been selected for the study that will begin with an empirical survey of the exact urban localities at the beginning of 2021.

“We are looking for urban environments that are internally diverse but have not yet started to differentiate or divide strongly. I am interested in places where strong differentiation based on, for example, socio-economic or cultural background has not taken place yet,” Puumala says.

Virtual reality as a research method

The project will develop a multi-method approach to study the everyday life and development of community relations in urban environments.

Puumala has often used an ethnographic approach in her research as it provides nuanced and in-depth knowledge of people’s everyday lives. However, she has discovered that ethnography does not capture the immediate reactions that are invoked when people encounter each other.

“I am interested in the emergence of emotional experiences evoked by encounters and their connection to wider community relations; how people’s interpretations and actions, and community dynamics intertwine. No single method seems to provide an answer to this question and that is why we need methodological hybrids,” Puumala explains.

The project will create virtual reality environments based on ethnographic research. The creation of virtual environments that reflect the reality of the local community takes advantage of, for example, the conflicts and contradictions that have provoked discussion, but also situations that seek to maintain good relations. The situations can be quite mundane, but they can also be related to wider societal changes or global developments.

In this study, virtual technology is used to produce information about the reactions generated by everyday encounters. According to Puumala, virtual reality environments are not viewed as videos so much. They are immersive, which makes people’s reactions and the responses of the autonomous nervous system similar to those in the real world.

Puumala is interested in what kind of interpretations people give to their own reactions later and how they see the connection to the reality in which they are acting in a certain way. The aim is to develop a method for studying the emotional reactions generated by everyday encounters in real environments and to highlight the meanings people assign to them.

Puumala is a social scientist for whom interdisciplinarity is close to heart. The Neighbourhood Yurt project involves social scientists and humanities researchers as well as artists. Experts in social psychology, psychology and socio-linguistics were involved in the study on asylum interviews.

“Interdisciplinarity is the foundation I build on. Through doing things together, something very interesting is achieved as we find a shared language and a shared way of doing things and bringing different types of skills together,” Puumala says.

Three post-doctoral researchers and a doctoral researcher will be recruited for the new project. The project needs expertise from peace and conflict research, social- and neuropsychology, and virtual technology.

According to Puumala, researchers from different fields are needed to obtain information on how communities are formed and how one’s own relationship with communities and society is perceived.

“Hopefully, this will allow us to gain a better understanding of how to create a just society and maintain peaceful relations within societies,” Puumala says.

Puumala prepared her ERC application for five months last year. However, the idea of applying for just this funding had been simmering for a long time.

“After my doctoral dissertation, I started dreaming of applying for this funding if I could get a sufficiently good idea. Last spring, I realised that the opportunity had come,” Puumala notes.

The road from the idea to the complete application required a long maturation. Puumala first discussed her idea with other social scientists and then contacted people who are studying virtual reality and neuroscience.

“It would not have made any sense to apply for funding for a project that has already been done, but it was encouraging that researchers in other fields found the idea and the combination of fields interesting and relevant as well. That is where I started to develop the idea,” Puumala says.