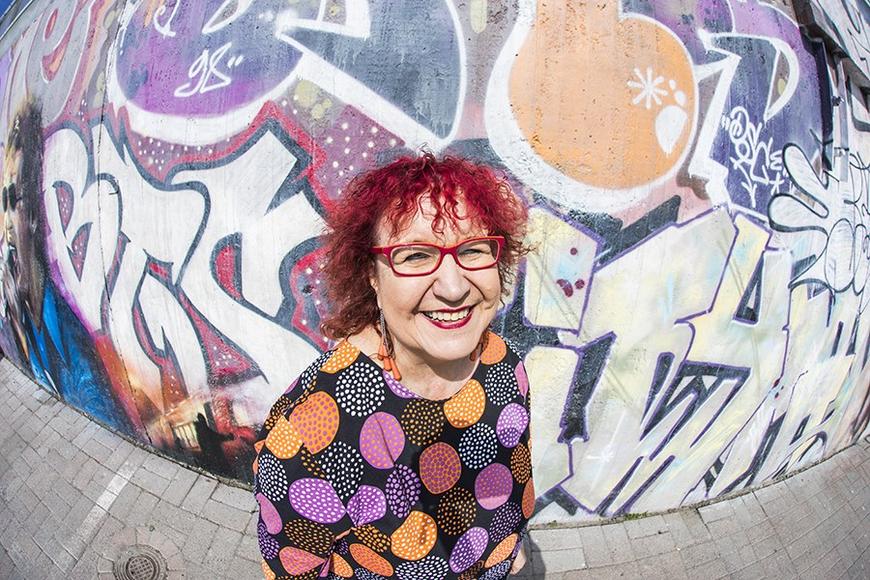 “The award means that ideas about translating picturebooks have changed and I have helped make that change,” Riitta Oittinen says happily.
Riitta Oittinen receives an international award for her merits as a translation researcher and an advocate for children's literature.

The award was now granted to a translator and translation scholar for the first time. In addition to research, Oittinen is also an artist for whom illustrating children’s books is close to heart. She has recently completed a new illustration of Lewis Carroll’s classic book Alice’s Adventures in Wonderland.

“I am extremely pleased with this award because I have had to struggle against certain attitudes for my whole life,” Oittinen says.

She has faced many prejudices. In the 1980s, translation studies were still in their infancy and it was hard for researchers to accept that translating was more than just translating the words but also included the pictures and sounds. On the other hand, the authors and scholars of children’s literature thought - and some might still think - that a translation is a copy of the original text, which must not differ from the original in any way. Oittinen has been a dissident in these matters because she disagrees with both ideas.

“I have always been a rebel. So far, the international children’s literature associations have had a rather peculiar conception of translation,” Oittinen says.

Anne Devereaux Jordan (1943–2013) was a highly esteemed American children’s author and teacher. She was a founding member of the international Children’s Literature Association, which has granted the award named after Jordan since 1992.

Oittinen estimates that her award shows a change in attitudes towards translating children’s literature. In previous years, she had some unfortunate experiences with organisations in the field.

“In those circles, I have often felt as the monster or troll who introduces wrong ideas and breaks the nice and clear pattern,” she says.

Oittinen gained her earliest negative experience in the field already in the 1980s when she gave her first paper at an international conference. After the paper, a leading researcher claimed the floor and said that Oittinen was corrupting children’s literature by maintaining that a translation was a different matter than the original text. The person giving the criticism ultimately even shouted.

Oittinen was shocked and thought that she had not succeeded with her first international paper. Later on, the same researcher apologised and wanted to talk. However, the discussion did not clear the differences, but at least the two were back on speaking terms.

With hindsight, Oittinen says that especially large linguistic areas tend to protect their own and do not understand the importance of translation. Attitudes have changed since then, even though Oittinen is still asked what she means when she says that the translation is different from the original text.

In the early stages of her research, Oittinen faced negative attitudes towards translating picturebooks in particular. She already got a taste of this in the 1980s when she included a group of pictures in the appendix of her master’s thesis. She was told that translators do not translate the pictures but only the words.

“I am one of the very first and few translation scholars who have examined pictures and visual elements. Verbalism and visualism, or multimodality, have in the past given some people a headache. It is not that long ago when we knew nothing about multimodality in translation even though it is much present today,” Oittinen explains.

Oittinen is the first Finnish and Nordic recipient of the Anne Devereaux Jordan Award.

“This award is very significant to me in several ways. It means that people have made a u-turn in their attitudes to the translation to children’s books and picturebooks.

“The award means that ideas about translating picturebooks and children’s books have changed and I have helped make that change. In that sense, I receive this award very gratefully.

Alice in Wonderland gets a new illustration

Oittinen has always been fascinated by Lewis Carroll’s classic book Alice’s Adventures in Wonderland. In the 1990s, she wrote about its Finnish translations by Anni Swan, Alice Martin and Kirsi Kunnas and Eeva-Liisa Manner together. The fourth translator is Tuomas Nevanlinna.

In the past three years, Oittinen worked on a new illustration of Alice’s adventures. She has based her work on Carroll’s original text and Alice Martin’s translation.

“I much like Martin’s translation and my own ideas about the story are rather close to her interpretation.”