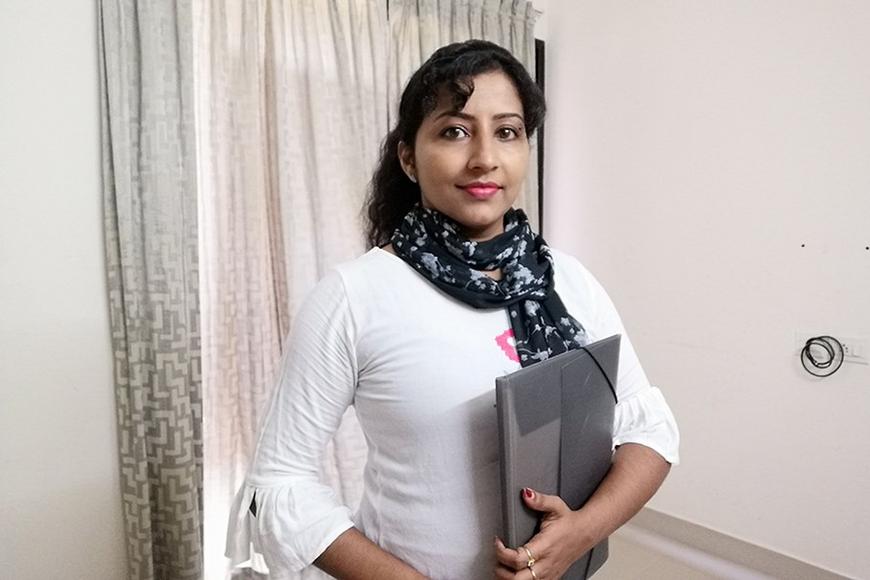 Acute complexity of GBM defies current treatment modality, such as combination therapies with surgical resection, chemotherapy and radiotherapy. Phenotypic heterogeneity, genetic variations, presence of multiple compensatory sub-networks, extensive cross-talk among the tumor pathways, leading to chemoresistance and disease recurrence, are the major challenges in designing effective therapy regimens for GBM.  A logical, and alternative approach to the safety concerns of the drug cocktails, is to identify drugs that synergistically target various attributes of tumorigenicity, such as proliferation, angiogenesis and infiltration.

In her investigation to identify a drug candidate with multi-faceted effects, Anisha Viswanathan carried out an extensive evaluation of novel compounds from four different chemical classes - diols, hydrazones, borons and thioesters, for their anti-GBM activity, in vitro. Each of the molecular classes has been evaluated for their cytotoxicity, apoptotic activity, cellular oxidative potential, caspase activity that accounts for cell death. The possible targets were identified using docking studies and the detailed mechanism of action of the top compounds were analyzed using transcriptome studies. Anisha Viswanathan has identified that, among all derivatives analysed, a thioester derivative, primarily an EGFR-TKI, has strong characteristics feature of functioning as a potent antitumor drug.

Sole targeting of the EGFR signal pathway faces the issue of triggering alternative signaling pathways and quick acclimatization; however, the current thioester derivative identified by her could confront the multiple kinase pathways as well as other compensatory mechanisms of tumor resistance for GBM treatment. She demonstrates in her study that the identified drug candidate has diverse anti-tumor effects on GBM cells including growth inhibition, cell cycle arrest, anti-migration and anti-invasion, as well as chemo-sensitizing activity. The whole work was carried out in the Molecular signaling laboratory, under the supervision of Docent Meenakshisundaram Kandhavelu, University lecturer and Prof. Olli Yli-Harja.

“A single chemotherapeutic agent that can checkmate various aspects of GBM oncogenesis can outsmart adaptive mechanisms by tumor cells, against targeted chemotherapies. Considering the advances in precision delivery, a biodegradable chimeric nanoconstruct conjugated with such a strong chemo-agent and a ROS scavenger could be a promising future direction in GBM therapy”, Anisha Viswanathan says.

Focusing on drugs that could attack multiple nodes of cancer signaling could maximize the antitumor potential of individual treatment approaches. Such a chemotherapy agent will possess several advantages, including a reduced risk of cross resistance, increased bioavailability, bypass resistance mechanisms and a better pharmacokinetic profile.

The Faculty Office will provide a pdf version of the entire doctoral dissertation upon request. Please send an email to met.doc.tau [at] tuni.fi