Our alumnus Atte Vadén: A messenger between primary and specialist care 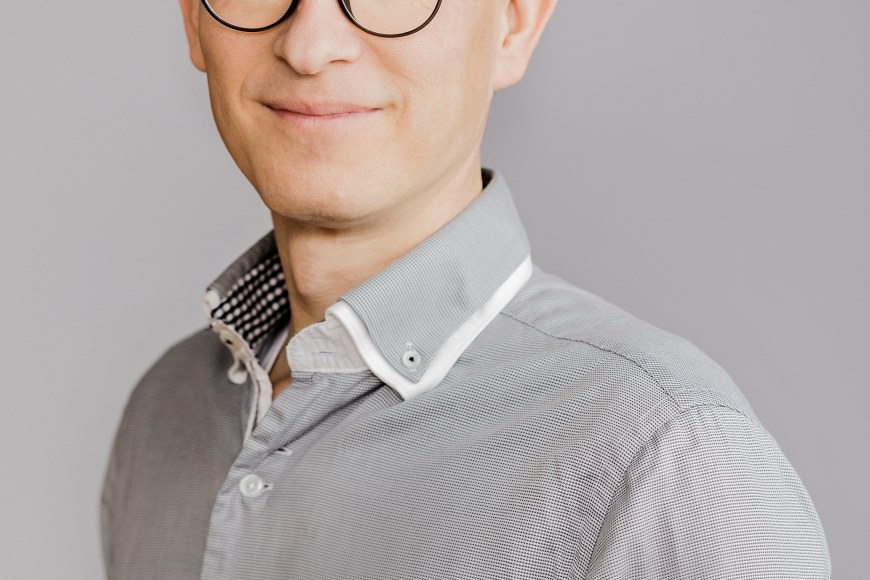 Atte Vadén, Medical Director and Diabetes Specialist, has a three-fold career. In his main job, he works as a specialist general practitioner at the Mehiläinen medical clinic. Secondly, Vadén trains other doctors in the treatment of diabetes, and thirdly, he acts as a Medical Director in administrative and managerial roles.

His interest in diabetes and its treatment was sparked in high school, when Vadén became involved with the mother of his future children, a diabetic. He says he read practically all the literature that was available on diabetes in Finnish at the time.

However, his path to becoming a diabetes specialist was also marked in other ways; the subject has been a strong part of his history and things have also happened by chance. The grand old man of Finnish diabetes research, Tero Kangas, is Vadén’s mother’s cousin. Docent Jorma Lahtela, a diabetes guru at Tampere University Hospital, was the medical students’ first-year supervisor, and he completed his advanced studies under Professor Mikael Knip, a prize-winning diabetes researcher. While working on his first medical residency, Vadén was introduced to the highly renowned and respected Timo Saaristo, a specialist in internal medicine specialising in diabetes prevention.

“Diabetes is very close to my heart, and I want to keep it on the agenda because of its importance for public health. I appreciate the fact that my job gives me the opportunity to delve into the subject from many different angles. At one end of the spectrum, I work as a general practitioner at a health clinic, and at the other end, I get to learn about cutting-edge technology in the field and the latest AI-assisted insulin pumps. I feel that I am a messenger between primary and specialist care,” says Vadén.

Born in Tampere, Atte Vadén started his medical studies at the University of Tampere in 1991. After upper secondary education that focused on small group work and discussions, Vadén admits that the mass lectures in his first year of studying medicine came as a bit of a shock.

“Of course, studying the basics of medicine requires perseverance and it must be quite school-like. I passed the first few courses by quietly listening and studying hard. Studying the human anatomy is not really a subject that can be debated and argued about – you simply have to learn the facts,” says Vadén.

Active involvement in the Student Union gave Vadén opportunities for discussion and a good balance to his studies. He says he is socially oriented and even considered international relations as an alternative career option. Vadén represented the Medisiinari Student Association in the Student Union and was also a member of its Board. He also served as Vice-Chair and, for a term, as Chair of the Council of Representatives.

“Student politics provided me with inspiration, memorable interdisciplinary encounters and opportunities to make a difference. During my chairmanship I took a gap year from my medical studies because it would have been impossible to do both full-time simultaneously. The years I spent with the Student Union gave me much, it was like a teacher training college. I got used to being prominent and influencing other people. It’s really about selling your views in the same way as in my current job, where I try to empower both patients and the medical colleagues I train,” says Vadén.

Vadén describes his student days as a good and full life. Everyday life was fun and varied, and his gap year allowed him to get to know his fellow students from two different years.

“I feel proud of Tampere University, and the combination of medicine and the Student Union was a good experience. In both, I grew as a person and learned to appreciate different points of view. Doctors are sometimes criticised for living in their own bourgeois bubble. In this sense, too, I think it is important that we gain experience from other spheres of life alongside our studies. That way you learn to look at things from a slightly broader perspective,” Vadén points out.

If Vadén could get Finns to listen for a moment to the issues of diabetes prevention and treatment, he would stress the importance of lifelong choices. In fact, the likelihood of developing the disease starts to accumulate already in epigenetics, during the mother’s pregnancy.

“First of all, of course, it should be noted that there are two completely different types of diabetes, type 1 and type 2. However, in both cases, a healthy and varied diet plays an important role. We should favour less digestible food over processed fast food. I also talk about what I call 'clean dirt', meaning a lifestyle that is too sterile and protected is not good for us. To put it a bit straightforwardly, our children’s immune systems would benefit from eating a little flower soil or licking the soles of shoes,” says Vadén.

The best aspect of his job is meaningfulness and the genuine opportunity to make a difference.

“I think being a doctor is a great job, I wouldn't change it for anything. Every day you feel you have done something good. The moments when you first sow the seeds and then get to witness the consequences are particularly wonderful. It's great to see how a patient’s treatment progresses and how his or her condition and work capacity improves,” Vadén says.