Screening of the documentary film “When you can’t go back” 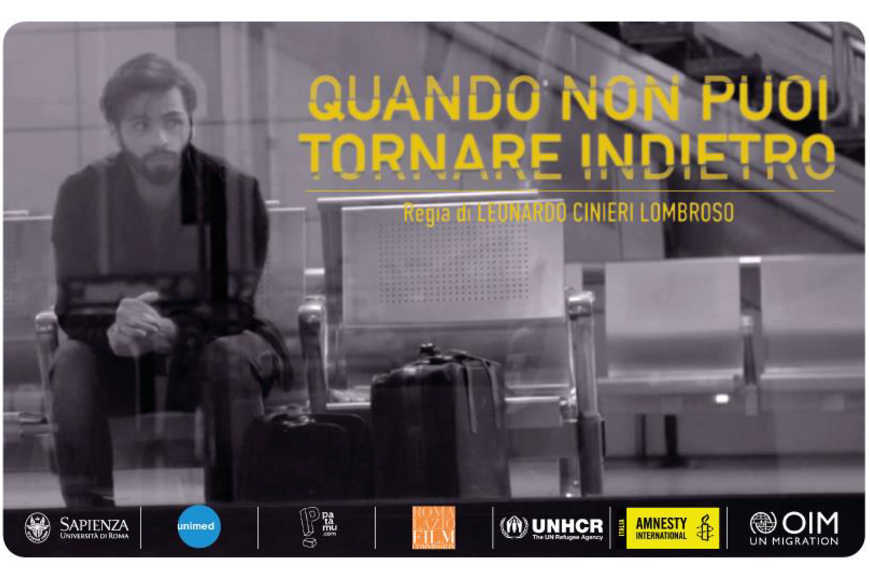 Come and see the documentary film "When you can't go back" which narrates the true story of Obaida, a Syrian computer engineering student, and follow a panel discussion on academic freedom and refugee scholars

The documentary film “When you can’t go back” by the Italian filmmaker Leonardo Cinieri Lombroso had its cinematographic premiere in Milan on September 2019, starting its route through international film festivals. UNIMED (Union of the Mediterranean Universities, in which Tampere University is a member) is the official sponsor of this project which universal and positive message makes this Mediterranean story an exemplary model for all international students, be they refugees, emigrants, or healthy traveling students.

“When you can’t go back” calls into question in the academic world the policies that have been discussed in Europe for years through the power of images and the intimate reality of the protagonist.

The documentary narrates the true story of Obaida, a Syrian Computer Engineering student that leaves his troubled land to start a new life in Europe. Obaida’s story is tragically iconic of lives of hundreds of refugees that are forced to cross national boundaries and who cannot return home safely, but that find new opportunities thanks to the help of universities that offer a new access to study. Themes such as scholarships, integration, right to education and mobility are crucial topics of the documentary that turn it into a unique tool to enlighten them in such an expressive way as any verbal lesson or written issue could not.

The documentary follows Obaida’s private life and his academic career, from the graduation with honors in Rome to the PhD in Copenhagen, for two years. It shows the success and the difficulties he goes through: the difficulty of moving, the distance from the family and the impact of different cultures and new people. Obaida owns the special determination of those who know that, despite the struggles, they cannot go back. Obaida knows that his future, and perhaps even his family, depend only on himself. The documentary carries a universal message of hope and gives an example of lucidity and courage that we are no longer used to receiving.

The film is being held under the patronage of UNHCR, Amnesty International and OIM (International Organization for Migration) for its universal ethical values and principles, inspired by respect for human dignity.

The original movie is in English, Italian and Arabic. Subtitles in English and Italian.

After the screening of the film, we will have a panel discussion on academic freedom and refugee scholars with the following panellists:

Prof. Meyda Yeğenoğlu has published widely on postcolonialism, orientalism, Islam, secularism and religion, nationalism, cosmopolitanism, Europe, globalization and migrancy. Her work crosses disciplinary boundaries and brings different strands of thought such as deconstruction, psychoanalysis and postcolonial into productive rendezvous with each other.

Dr Anitta Kynsilehto’s research encompasses global mobility, different forms and practices of solidarity and resistance, and the concept and practical implications of intersectionality. In her current work, I focus increasingly on mobilities in the so-called Global South and in possibilities and forms of decolonizing knowledge production.

Tampere University is a member of the Scholars at Risk network which was founded in Chicago in 2000 and has its headquarters at New York University in the U.S. The network of almost 400 member institutions is committed to advocacy work in support of academic freedom and scholars at risk. The SAR network publishes Free to Think highlighting ongoing and emerging trends around the globe and organizes a biannual SAR Global Congress. The screening of the film and the following panel discussion are organised as part of Tampere University’s activities in the SAR Finland section and the UNIMED network.