Paula Rossi: Conflicts in the public service development reveal change at the intersections of silos and organizations 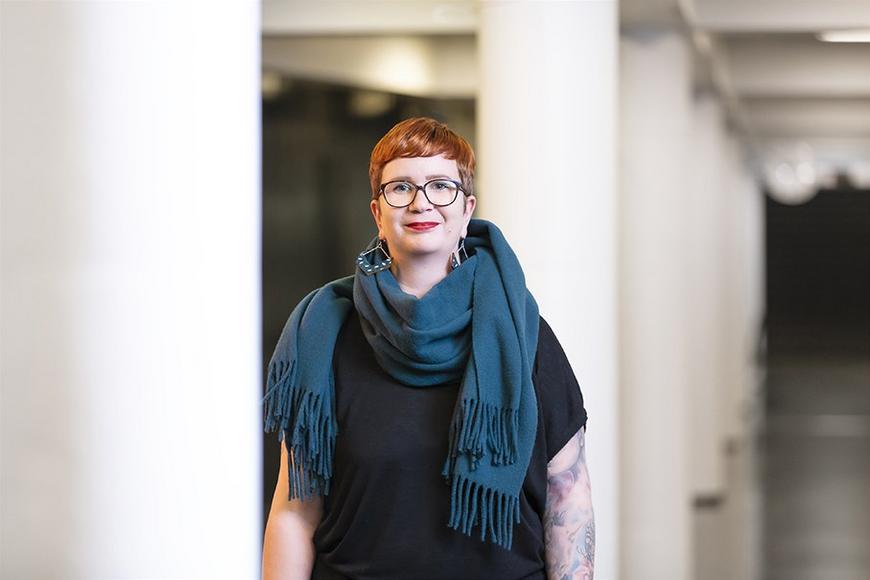 The doctoral dissertation study of M.Sc. (Admin) Paula Rossi challenges the current ways of understanding public service development through cooperation and instead focuses on conflicts. This research shows how reimagining the concept of conflicts enhances our understanding about the systemic change of public services.

Much of the ongoing discussion about public service management focuses on cooperation between multiple actors. However, what has long remained to be an unexplored aspect of this cooperation is the emergence of conflicts. Rossi’s doctoral research focuses particularly on understanding the conflicts in public social and healthcare service development initiatives, and asks, how conflicts increase understanding about systemic change of public services.

— Although it has long been acknowledged in organizational research that conflicts, as the differences of people, are essential for new knowledge and novelty, often, in research and in practice we try to manage, avoid and tame down conflicts, Rossi explains.

This becomes problematic when addressing wicked phenomena such as increasing the well-being of citizens, which are not solvable by one actor or organization alone, but instead multiple perspectives of multiple actors are needed to tackle the challenges. Paradoxically, the more actors and people are needed to cooperate, the more there will be conflicts of interests, values, beliefs, aims and practices to be dealt with.

— Conflicts between actors who were developing social and healthcare services for the youth revealed conflicting understanding, for example, about who had the right to decide who were the youth in need of the service or how the success of the service – value – was measured, Rossi illustrates.

As conflicts are necessities for knowledge creation, it is crucial to explore these different, relational meanings of identities, emotions that the experienced conflicts arise, as well as power relations underlying the conflict experiences.

— Through this, the questions of power, politics and ethics with regard to the actions and decisions concerning the service development initiatives emerge. For example, which actor has the right to decide what outcomes are understood as value and for whom, and how service providers seek to address the needs of the youth, says Rossi.

Rossi suggests a paradigm shift of public service research from the focus of cooperation, inherent in intra- and inter-organizational approaches, to conflicts and a systemic approach. Then, instead of single service development initiative, the reimagined concept of conflicts draws attention to service ecosystems and systemic change.

The doctoral research concludes with exploring the underlying elements of systemic change. Polyphony foregrounds the multi-actor, multi-level and multi-logic service ecosystems. Locality brings to fore the context and different path-dependencies of public service development. The element of relationality suggests, that as change is an ongoing, relational process of becoming, it becomes important to focus on interaction and relations between the actors. Finally, the element of reflexivity underlies the importance of making sense of the experiences of actors as basis for systemic change.

Paula Rossi was born in Reisjärvi. She graduated 2005 from the Centria University of Applied Sciences, Haapajärvi as a Bachelor of Business Economics (Marketing and Communications) and 2014 from the University of Lapland, Rovaniemi as a Master of Administrative Sciences, Leadership Psychology. She has been working on various projects at the Tampere University since 2015. Currently she works as University Instructor and Researcher at the Faculty of Management and Business, Tampere University.

The doctoral dissertation of M.Sc. (Admin) Paula Rossi in the field of administrative sciences titled Understanding Systemic Change: Conflicts in the public service development will be publicly examined at the Faculty of Management and Business of Tampere University at 12.15 on Thursday 20.5.2021, Kanslerinrinne 1, Tampere. The Opponent will be Doctor Adina Dudau, Glasgow University. The Custos will be Professor Jan-Erik Johanson, Faculty of Management and Business.