Hilja Solala: The birth of the Finnish horse breed. The native type of horse and the international turning point of domestic animal breeding 1893–1907 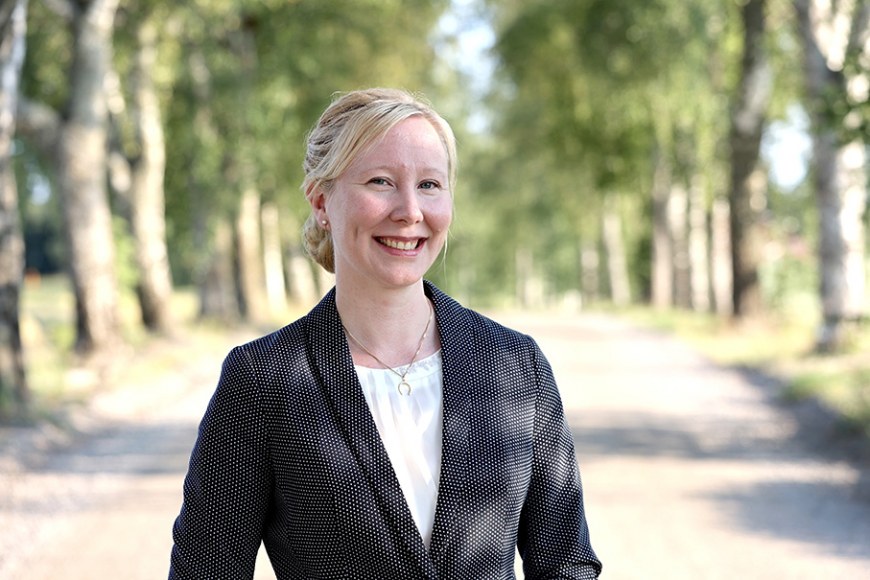 Animal breeding was not new as an idea, but the new theory stopped the production of miscellaneous crosses; breeding became scientific and the concept of breed in its modern sense became the basis for the classification of animals. The concepts of modern animal breeding, the breed and the studbook rose to the core.

As Solala analyses Finnish horse breeding at the international turning point of domestic animal breeding theories, it cannot only be seen as a national movement. One of the main aspects of her study is the history of European doctrine of breeding and the scientification of breeding. Through this, she analyses how international influences of animal breeding and national requirements for horses merged in Finnish horse breeding.

In her study, Solala analyses how international studbook innovation became the basis for horse breeding in Finland between 1893 and 1907. The three­stage process of institutionalization of the Finnish horse studbook is the basis of my study. The stages are: the arrival of innovation to Finland (1891–1895), the structural development of the system (1893–1899), and the wider breakthrough of the idea on a national level (1900–1907).

The study begins with how the first horse was chosen for the local studbook, which was maintained by a regional agricultural society, called Uudenmaan ja Hämeen läänien maanviljelysseura. The study ends with the breakthrough of a national studbook of the Finnish horse breed maintained by the state. There are convergences in the establishment of the Finnish horse breed and the innovation theories in which Solala has followed the theory of decision­making concerning innovation by Everett M. Rogers.

Solala's study reveals that there was a scramble for the administrative rights of the studbook between the civil society and the government. The regional agricultural society, Uudenmaan ja Hämeen läänien maanviljelysseura, the agricultural administration of the Senate and horse breeding associations, collectively known as Hippos, were all competing for the ownership of the studbook. In all quarters, the studbooks were strongly linked to individuals. The extent of the source materials hence explains the multiple levels in the study. The main sources of the study are the archives of the agricultural administration, society archives, public officials’ archives, other official records and the writings of contemporaries.

Solala's study shows that studbook innovation became the basis of Finnish horse breeding and this was a combined result of the arrival of the international animal breeding theory and the need for horses on a practical level – i.e. for agriculture, forestry, transport and industry. This was something of a national requirement.

The arrival of the cross­regional movement of domestic animal breeding in Finnish horse breeding had its own characteristics. Right from the beginning, the state was strongly interventional in the administration of the studbook, which was less common – something that was usually initially left to the associations to implement. It was even more peculiar that the studbook concentrated on the national native type of horse alone.

In general, many of the native types of animal had already died out before they were taken into account within a systematic breeding program. In Finland, the nationwide studbook for one breed – the native type of horse – became the basis for horse breeding, which was rare internationally within the modernization of domestic animal breeding at the time.

The requirement for the utilization of horsepower, for producing an all­round work horse, was the main reason why the Finnish native horse was selected first for a systematic breeding program. An important part of the technological system of agriculture, forestry and transport, the native type of horse had been put under a lot pressure for a change, in particular as a result of the advances made in the development of horse­drawn agricultural machinery. The concept of technological system by Thomas P. Hughes hence provides a theoretical framework for this study too.

It is a long process to create a uniform animal breed – the practice and ideology do not always exist without contradictions. However, as a result of the founding of the studbook, it was possible to begin breeding the Finnish native horse within its own breed definition. As a result, had the European purebred breeding theory not been applied to the native types of animal at the end of the 19th century, breeds such as the Finnhorse and Finncattle would not exist as protected native breeds today.

The doctoral dissertation of M.A. Hilja Solala in the field of history titled Suomalaisen hevosrodun synty. Maatiaishevonen ja kotieläinjalostuksen kansainvälinen murros 1893–1907 will be publicly examined at the Faculty of Social Sciences of Tampere University on Friday 27 August, 2021. The venue is Pinni B building auditorium B 1100, address Kanslerinrinne 1. Docent Ann-Catrin Östman from Åbo Akademi will be the opponent while Professor Pertti Haapala will act as the custos.