In her article ”Post-Play Activities for Larp: Methods and Challenges”, Maury E. Brown acknowledges that many larp organizers identify the importance of pre-play for a successful game and make time in their games for it: however, according to Brown, many of them forget to also allot time and effort both for designing post-play activities and for the post-play itself. In the article, Brown categorizes different types of post-play activities and describes their benefits and potential drawbacks in order to offer options for better, healthier post-play depending on the needs of both players and designers as well as the design goals and logistics of a specific game.

Brown points out that even though pre-play is more acknowledged by players and designers alike as an important part of larping, it is still often not alotted the amount of time it deserves. More importantly, Brown emphasizes that the lack of scheduled, structured post-play is even more overshadowed by the desire to focus on in-game hours rather than pre- or post-play. Not having a structured post-play process that allows players to examine their thoughts and emotions after the game could create negative emotions and feelings; unexamined, these could be brought home with participants, could have a negative impact on players’ social lives, and could lead to players blaming them on others, such as the organizers or the game itself. A lack of proper post-play may leave players unable to adequately address ”bleed”, or the phenomenon where the emotions, thoughts, and identities of the character and player become merged and even confused; other causes of negative feelings include ”moral hangovers” from playing a villain, ”larp depression” caused by the transition from the fantastical world of in-game to mundane out-of-game, and ”fear of [having] miss[ed] out” (FOMO) when hearing about events that were missed out on during the game.

Each of these post-play activities is described by Brown in detail, giving examples on how each of these activities could be more suited to a specific type of game: for instance, Game Wrap is described as being well-suited to one-shot games where the plot revolves around secrets and discovering the story or single episodes of a long-running larp campaign, while debriefing is more suitable for games with heavy or intense emotional content and themes. Brown also gives examples of why not all post-play activities are suited to all games or players, detailing how utilizing the wrong kind of post-play activity for a game or ignoring its potential pitfalls could result in negative feelings, negative feedback from players, and even confrontations.

Brown concludes her paper by reaffirming the purpose of post-play activities. Players need to feel cared for rather than rushed out of a game, and all involved need to respect their needs after the game in order to allow them to process their experiences. Designers and organizers should commit to considering post-play as an integral part of their game design, selecting and constructing the best post-play activities they deem fit for their game, and assuring adequate time and effort is put into offering them to players who may need them.

128
Freeform Writing
Have games changed over the years, or have I? Maybe both. 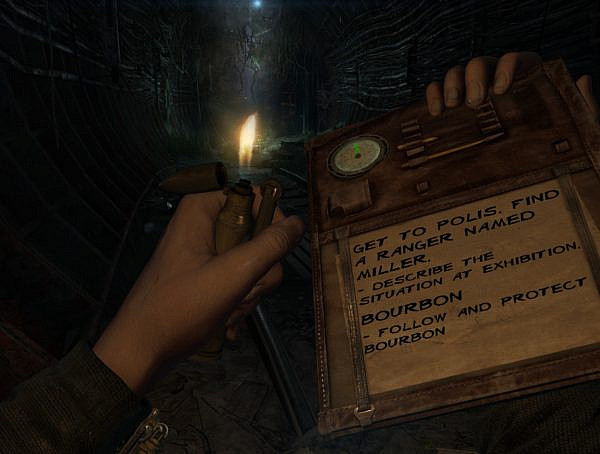