The early 1990s were truly a great time for challenging, mentally stimulating games. The adventure gaming genre was hitting its peak with Monkey Island and Gabriel Knight, providing engaging and humorous stories with tricky lateral thinking puzzles. Strategy games like UFO: Enemy Unknown asked players to make short-term choices with long-term consequences. Ultima Underworld demanded players to traverse terrible dungeons while managing pages of maps and notes. Civilization forced players to think on a global scale to expand their empire, and the Ultima series dared players to redefine what it means to be a hero while considering the ethical implications of their actions. Never before had PC gaming been so deeply challenging and thought-provoking.

And then there was Doom. Simplistic, fast-paced, comparatively brain-dead, and far and away more successful and influential than any of its peers.

Doom is fast. Doom is brutal. Doom is full of guts and gore, blood and bullets, key card hunts and monster closets. Doom had the fastest, smoothest rendered 3D environments ever seen in a game up to that point. Doom is also by far one of the most influential PC games of this time period, to the point where every single first-person game after it was known as a “Doom Clone” for quite some time, including games like Star Wars: Dark Forces, Rise of the Triad and Duke Nukem 3D. So knowing that PC gaming in the early 90s could be so diverse and thoughtful, what makes Doom – a braindead shooting gallery – the stand-out game of this era?
It’s not because the developers at id Software were less intelligent than their peers – far from it – but rather that they knew the intelligent way to make a really satisfying “stupid” game. Even from the development phase, id knew what made their game work and what didn’t, and chose to emphasize the game’s strengths and cut out its weaker elements until the entire experience was boiled down to the bare essentials. This sort of reductionist design is especially apparent when comparing Doom‘s predecessor, Wolfenstein 3D, to its inspiration, Silas Warner’s Castle Wolfenstein. Disguises and hiding dead bodies out of sight made way for simple fast-paced survival. Subsequently, the game became a sensation thanks to its focus on pure action. Doom continued in its path, and found even greater success for it.

Saying that Doom is by no means a complicated game is not an original or controversial sentiment. As far back as April of 1994, Edge magazine wrote of Doom:

“If only you could talk to these creatures, then perhaps you could try and make friends with them, form alliances… Now, that would be interesting.”  —  Edge, April 1994

id Software might not have aspired to create thoughtful, artful games, but their priorities did not waver. Technological breakthroughs aside, the reason why Doom works is that it pulls so heavily on the common interests of its creators: Heavy metal music, violent action movies and early 1990s ennui. And it’s not as if the idea of making Doom a deeper, more story-driven game hadn’t been considered: Tom Hall lobbied quite heavily for such a direction, but his vision clashed with the rest of id, and he was eventually let go. After that, Doom‘s development found a razor-sharp focus, and the results show in the game: Doom is a precise reflection of id’s game design sensibilities, their sense of humor and their inspirations, mixed together into a beautiful, kinesthetically pleasing experience. Whereas teams like Origin Systems strove to create newer, deeper experiences and elevate gaming into an art form, id Software were committed to creating the most polished, perfectly tuned “stupid” games – in other words, exactly the kinds of games they wanted to make and to play.

Doom is definitely not the smartest game around, but it knows exactly what it wants to be and does it beautifully. Even after two decades of derivatives and also-rans, Doom is still unmatched. 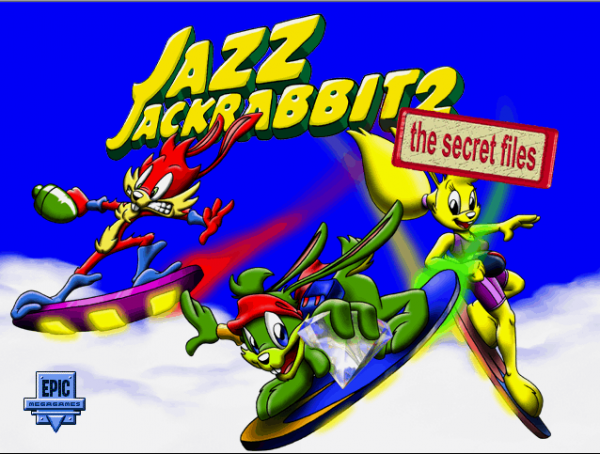