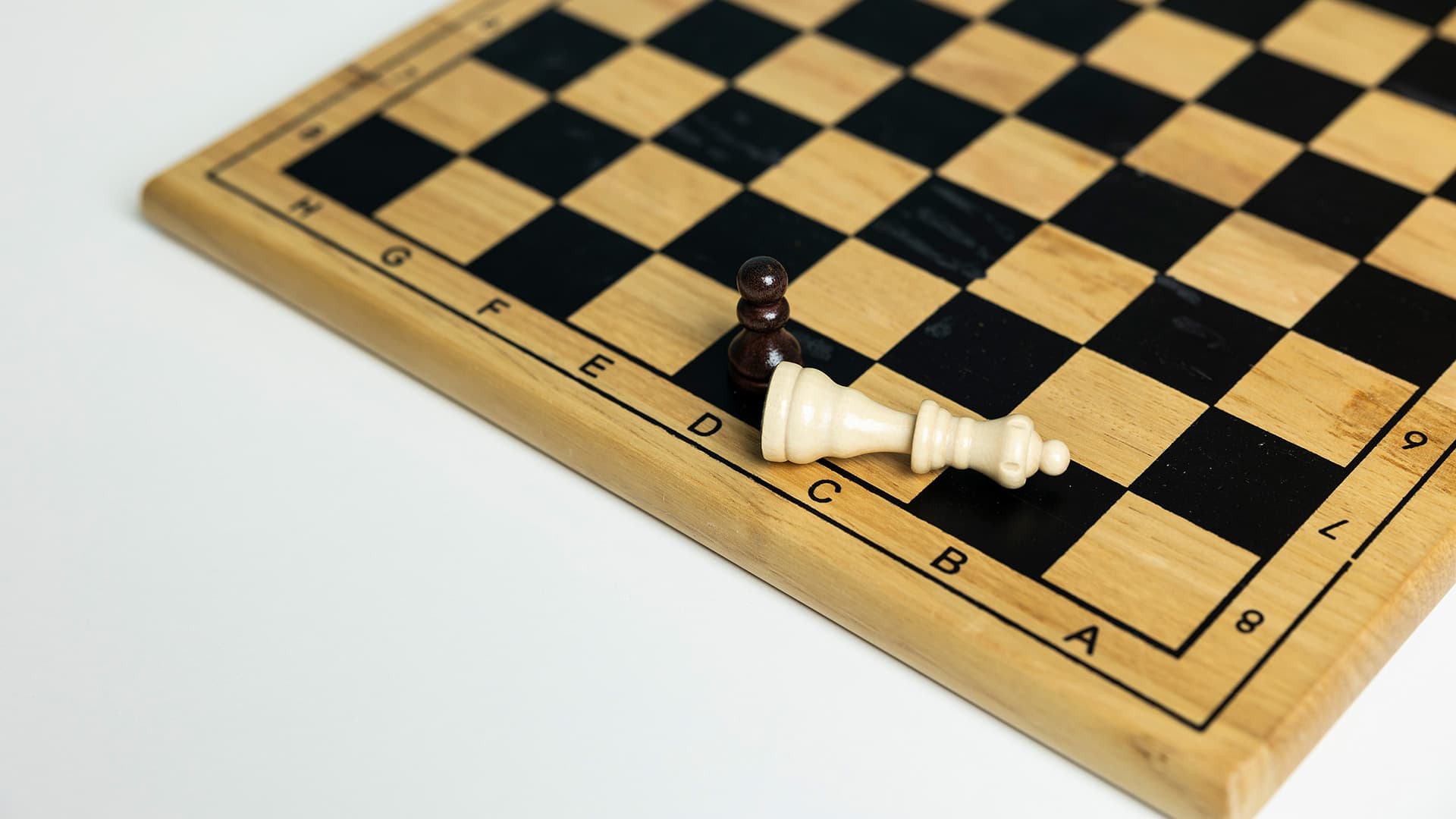 Too old for work? Age is the most common cause for discrimination

Pension schemes and grand speeches encourage people to keep working for as long as possible, but as they get older, many people find their careers are subject to strange frictions. In Finland, age discrimination is more common than, on average, elsewhere in Europe.
Copy link to share this page
5 min
Published:
18.11.2022
Author:
Minna Nurro

Age discrimination at work is an elusive phenomenon. It has been identified in research since the 1970s when the term ageism was coined to describe the phenomenon. It refers to age-related stereotypes, negative attitudes, and institutional practices that exclude people of different ages.

Age discrimination exists, for example, if an employee is not being promoted, or is not being given an opportunity to participate in training or interesting projects. It is also common for age to discourage invitations to interviews or to be an unspoken reason for dismissal in co-operation negotiations.

“Ageism is feelings, ideas, and practices. When asked, many people recognise the phenomenon but, in their view, it does not apply to them,” Nikander adds.

Nikander has led the Finnish contribution to the Marie Skłodowska-Curie-funded EuroAgeism research project, which looked at ageism from different perspectives.

Ideals and reality do not coincide

Over 40% of the working-age population in Finland, i.e., those aged 15 to 74, are aged 50 or over. Officially, they are encouraged to continue in working life for as long as possible. Finland’s pension system also rewards those who continue to work beyond the retirement age.

But there is a big discrepancy between political rhetoric and the practices of working life. High age is not really an asset in the labour market.

“Working life practices are lagging badly behind the rhetoric because culture and structures are slow to change. Every workplace has its own age culture, and ageism exists also in academia. Even small changes to jobs, especially in sectors involving manual labour, could extend people’s careers and support their coping,” Nikander notes.

She believes that age discrimination is not easily recognised at the organisational level even though age leadership may be a familiar concept. However, if it is not really considered relevant, there is a reluctance to adapt the working conditions and tasks for older workers.

Ageism is recognised as a problem internationally. The EU has had legislation against ageism since 2000, and reports by such organisations as the World Health Organisation (WHO) and the UN have drawn attention to the prevention of ageism. According to Federica Previtali, Doctoral Researcher at Tampere University, age is the most common ground for discrimination in Europe. 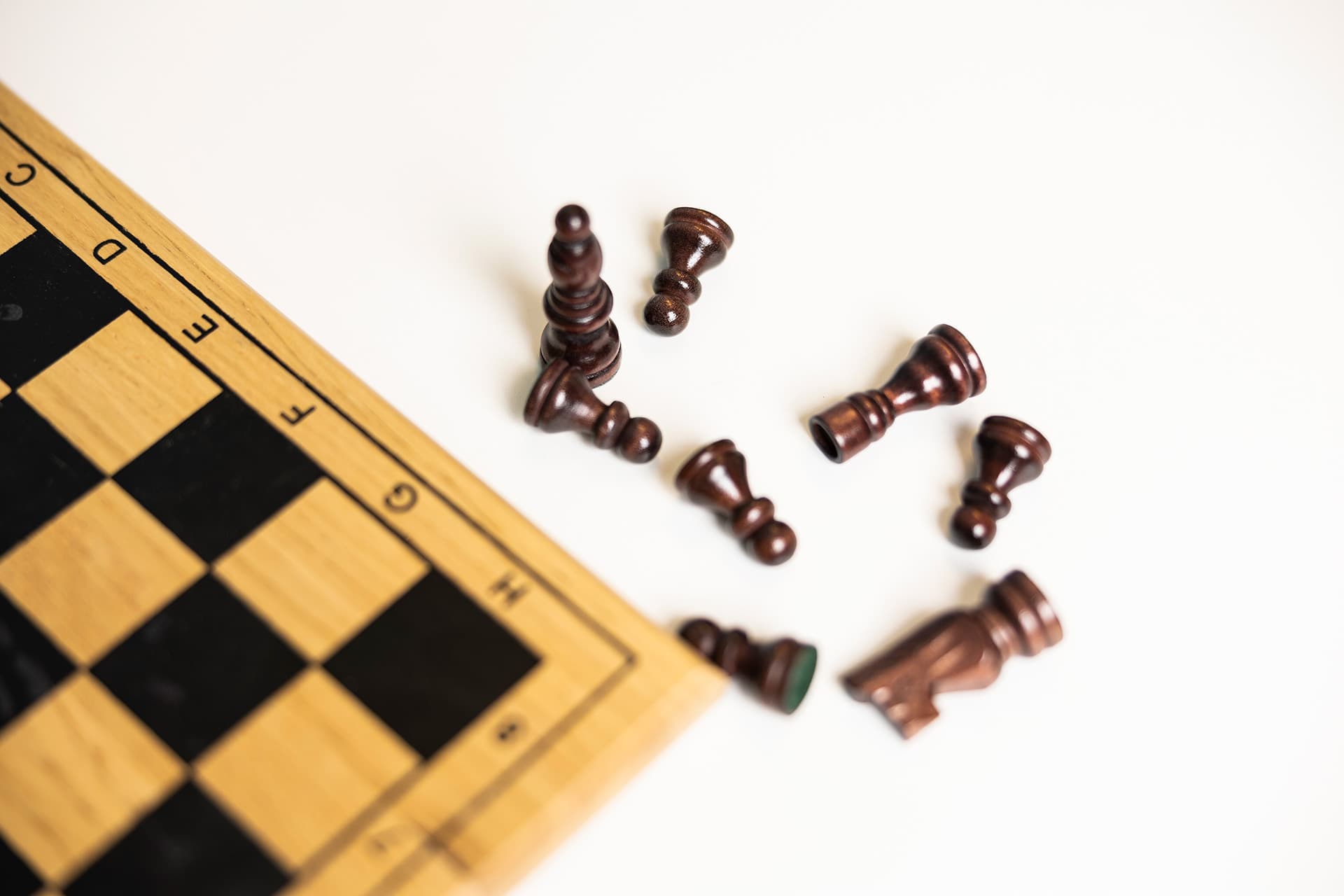 Age discrimination is an international problem, which also the WHO and the UN have paid attention to.Photo: Jonne Renvall, Tampere University

Of those respondents who said they had experienced discrimination, 26% said it was because of age. In Finland, the figure was as high as 43%.

“The double standard of ageing refers to the fact that women are more likely to experience discrimination based on both their gender and age. Especially in the service sector, appearance plays a large role,” Previtali mentions.

Job seekers may claim that their young age enables them to do something that older people cannot.

There is no research on the extent to which age discrimination occurs in different sectors. Previtali and Nikander suggest that ageism may be higher than average in such newer industries as IT or advertising.

“It is relative, of course, at what age a person becomes old. The retirement age of ballet dancers and firefighters, for example, is lower than the general retirement age, and on the other hand, pensioners in the care sector are being invited back to work. In recent years, retirement age has also risen in sectors involving manual labour,” Nikander and Previtali mention.

Age discrimination is hidden in everyday working practices and is often so subtle and shared that people do not recognise it. This is the conclusion of Federica Previtali’s ongoing doctoral research into age-related perceptions in job interviews. It is based on 24 job interviews conducted by recruitment agencies and video-recorded in Italy.

The recordings reveal that job seekers and interviewers had very similar perceptions of the impact of age on performance.

“Job seekers might claim that their young age enables them to do something that older people cannot. They may also say that their former work community was not functioning because its leader was too old. The interviewers accepted these views without questioning them,” Previtali notes.

“On the other hand, interviewers did not share, for example, gender-based views in the same way. When a female applicant complained about men’s performance, the interviewer did not agree with her,” Previtali adds.

Structural age discrimination manifests itself also in the fact that it can be difficult for older persons who have lost their job to find employment in their previous occupation. According to Katri Keskinen, Doctoral Researcher at Tampere University, employment often requires that older people make compromises.

Keskinen is currently working on her doctoral thesis on how people over 50 who have had long careers at the Posti Group have found a place in working life after being made redundant. The data for the follow-up study consists of interviews with 40 former Posti workers and the video diaries they kept in 2015–2018. 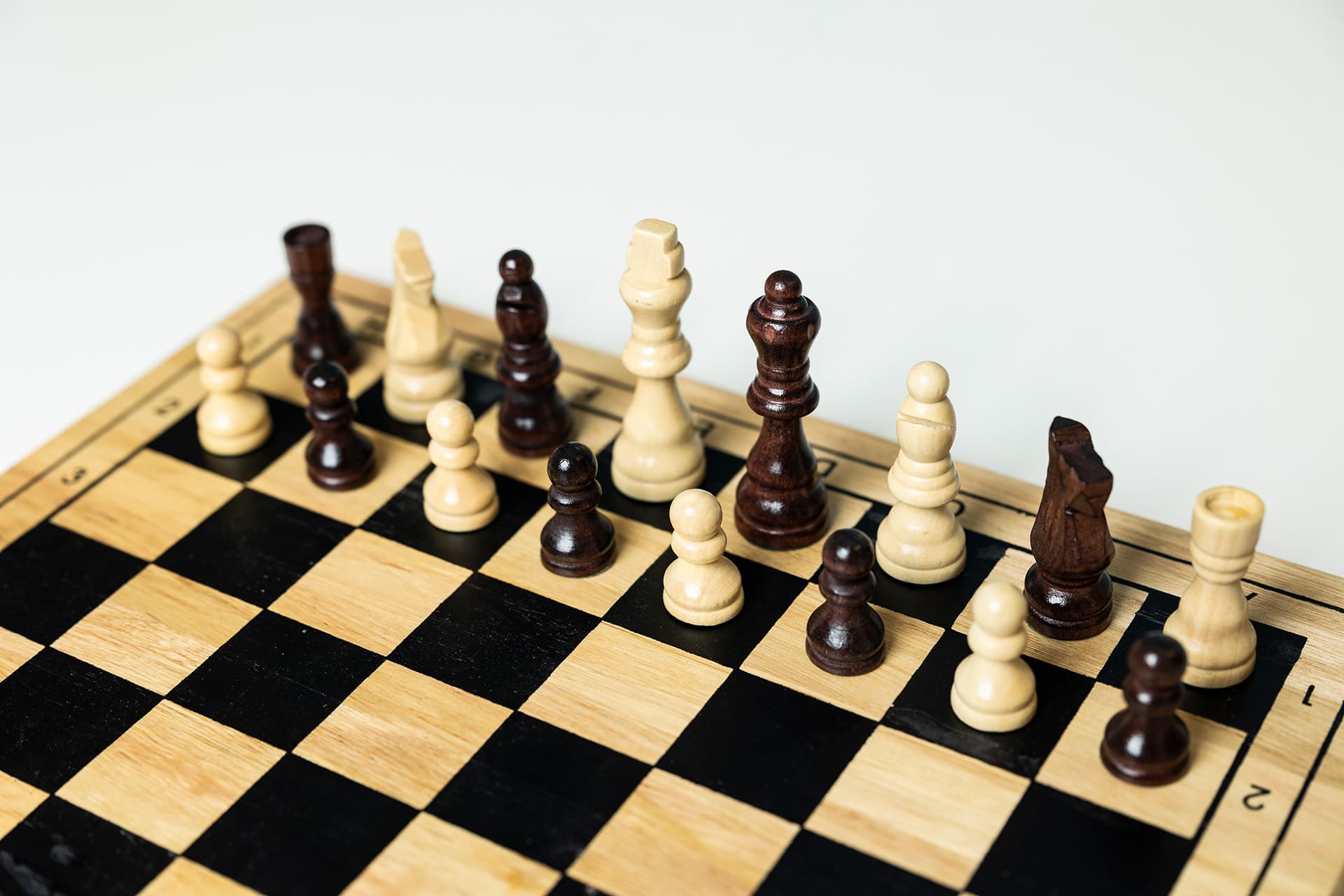 Age discrimination undermines the productivity and efficiency of the work community. There are many ways the diversity of employees could benefit the organisation.Photo: Jonne Renvall, Tampere University

“Some of the participants in the study retired or were entitled to the so-called unemployment path to retirement, but the youngest tried to get back to the working life,” Keskinen says.

“The first to be employed were those who found similar jobs soon after being made redundant. Some trained in the social and health care sector and felt that their life experience was valued. Those in logistics were the hardest to employ, as the logistics sector prefers to hire young people,” she adds.

“Lack of education was perceived as a problem, and age was a concern for many when they considered retraining. There were also concerns about their own coping ability in a new job,” Keskinen points out.

“Finding employment after redundancy was mixed. There are opportunities, but they are not necessarily as available to older people as they are to younger people,” she summarises.

Age discrimination is detrimental also to the organisation. Studies in the US have found that ageism has a negative impact on the productivity, efficiency, and financial performance of the work community. Employers’ discriminatory attitudes are reflected in older people’s performance and work identity.

“Older workers feel unappreciated by their employer, resulting in a poor working atmosphere and low motivation,” Nikander says. “If, on the other hand, management encourages employees continuing in the working life for longer and provides support where necessary, a different culture is created in the work community. Organisations also benefit from the diversity of their employees in many other ways,” she adds.

“Preventing ageism requires managers to be aware of what they are doing and to make work community members aware of any age-related stereotypes they may have. Having representatives of different generations in the work community effectively disarms ageism,” they summarise. 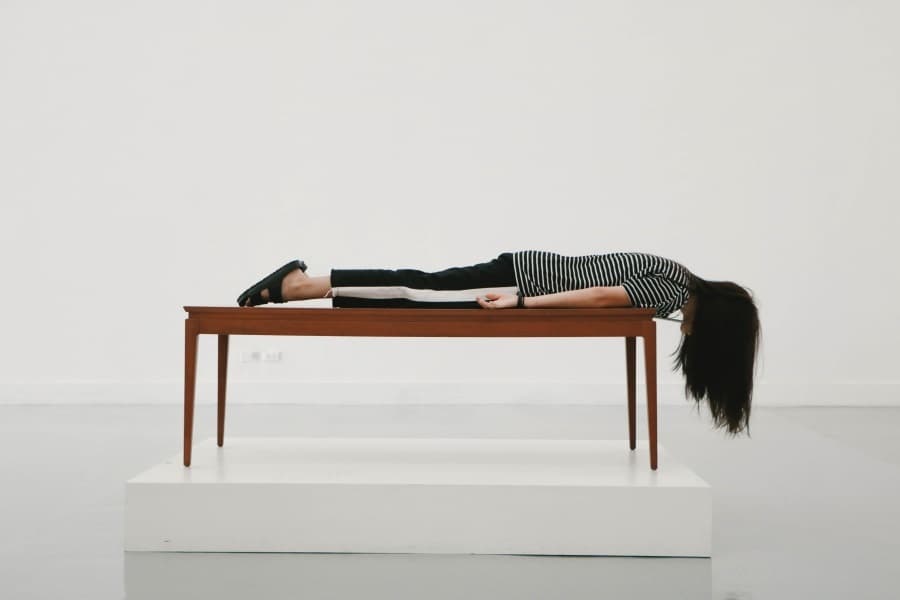 Can one avoid burnout in today’s workplace?

Stop looking for a unicorn. AI could help find the right colleague 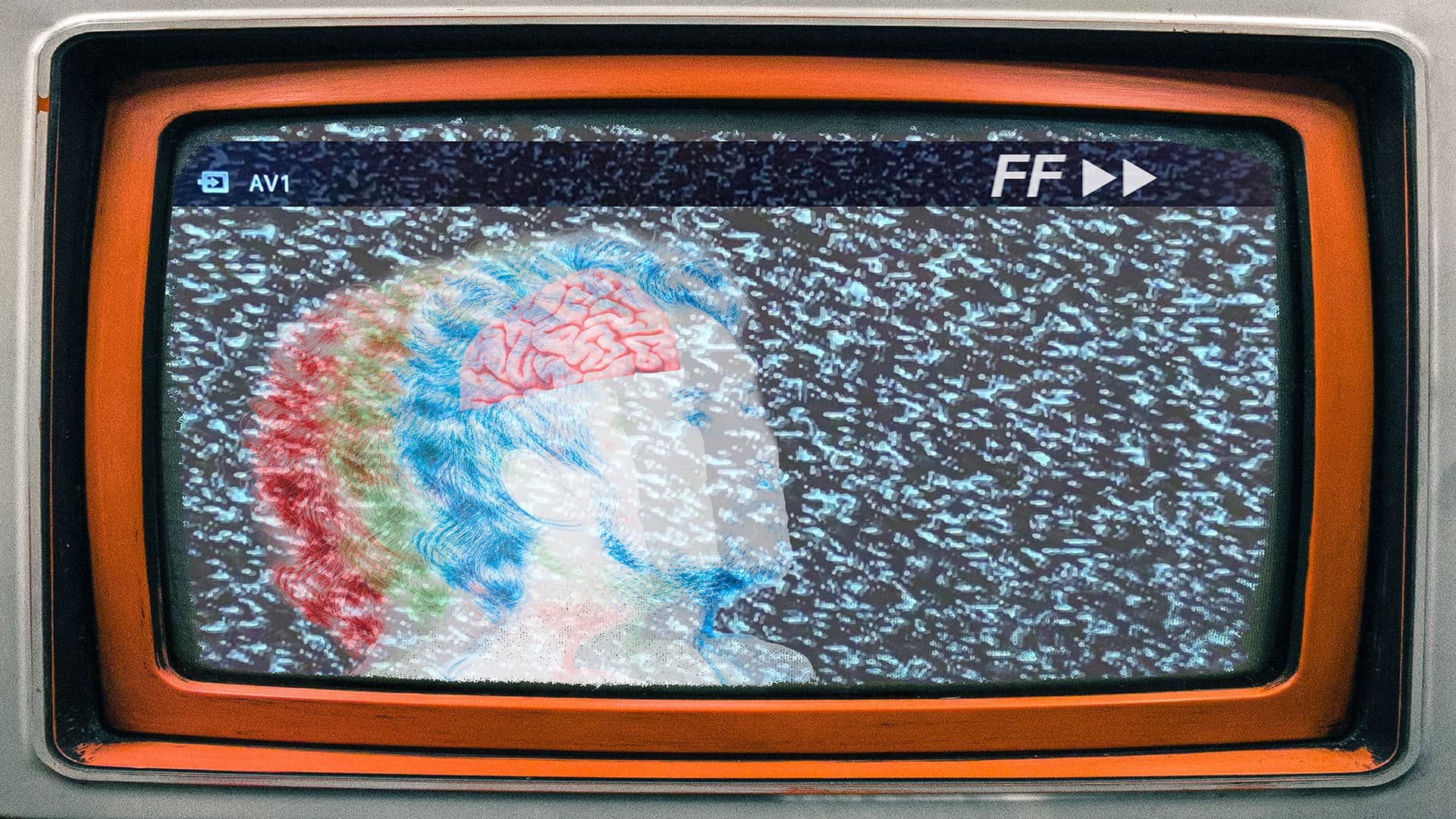