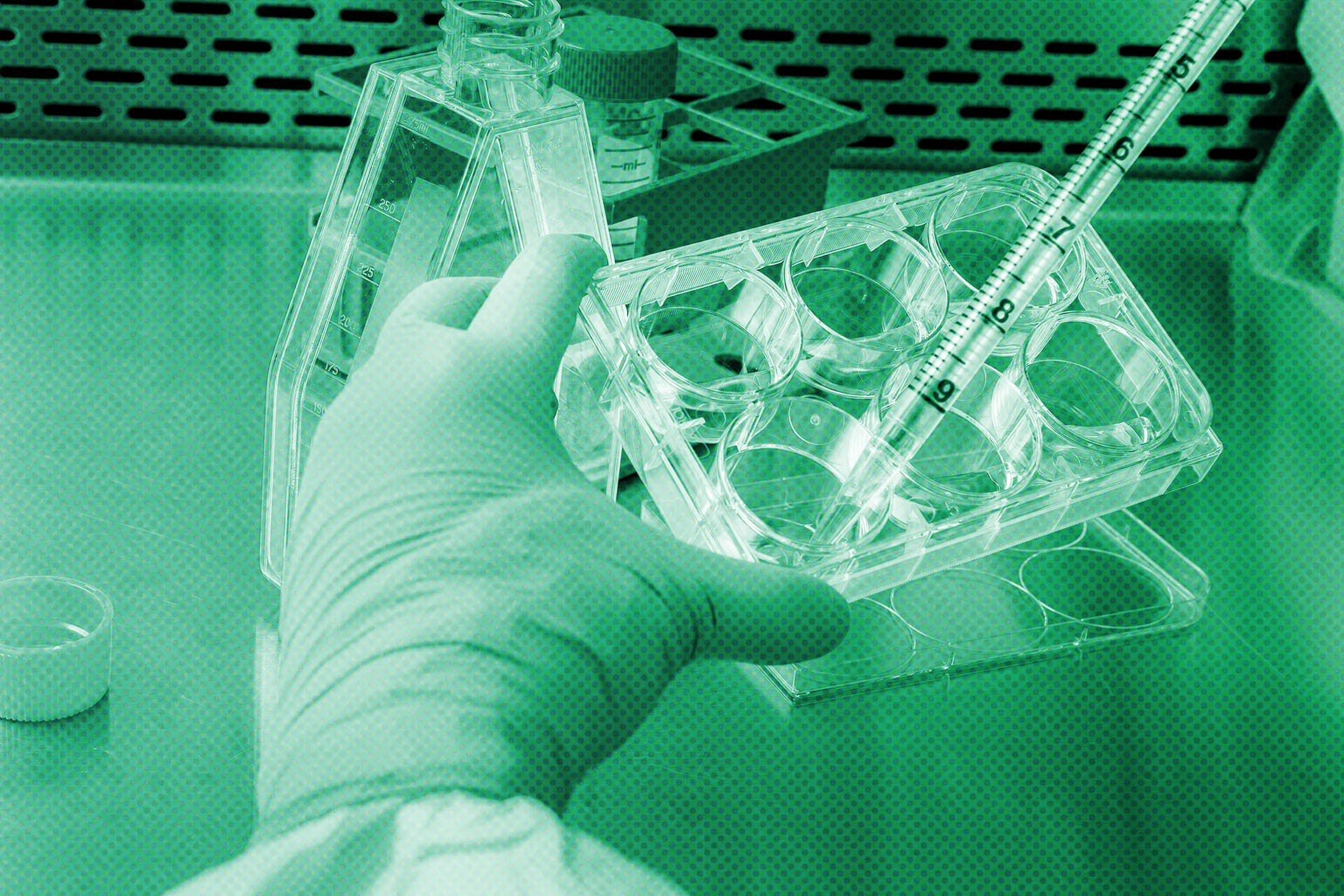 COVID-19 vaccines have been developed at an exceptional speed. In the long run, the work that has gone into developing the coronavirus vaccine will help the battle against other diseases.Photo: Centers for Disease Control and Prevention/Unsplash & Sari Laapotti

Effective vaccine for curbing COVID-19 is a union of will, money and science

Strong antibody responses to candidate vaccines combined with the global effort assures that a vaccine is already on its way. The next question is to find an appropriate type of vaccine for different age groups.
Copy link to share this page
7 min
Published:
13.10.2020
Author:
Juho Paavola

It is like crying for the moon or a great saviour. It is hard to find superlatives for how much the world is awaiting a vaccine against the SARS-CoV-2 virus that causes COVID-19. According to Mika Rämet, director of Vaccine Research Center at Tampere University, there is a competition for developing vaccines, meaning that a functional vaccine will be discovered soon.

“My optimism is based on the fact that the disease creates immunity in those who are exposed,” Rämet says.

In the spring, it seemed for a moment that no immunity develops for the coronavirus. South Korea reported that several people, who had already had the disease, were re-infected. However, this turned out to be untrue. In larger-scale studies in Iceland, good antibody levels were found in nine out of ten patients.

“If the human body is able to develop protection against a disease, the same protection can also be achieved with a vaccine,” Rämet explains.

According to the World Health Organization (WHO), 38 vaccines have advanced to clinical trials and nine vaccines to large-scale human trials with thousands of volunteers. The tested vaccines have been developed in three ways.

The most advanced endeavour is the ribonucleic acid (RNA) based vaccine produced by Pfizer and BioNTech. The Chinese Sinovac vaccine is made with an inactivated coronavirus while the Astra Zeneca version uses an adenovirus as a carrier virus.

It is hard to imagine billions of euros being allocated to fighting another disease.

That different vaccine techniques are being tested makes Rämet optimistic. The strength of the new RNA vaccines is the rapid mode of production, but the question is their efficacy whereas the opposite is true for vaccines containing an attenuated virus.

The speed of development is unprecedented

The first strange cases of pneumonia were diagnosed in Wuhan, China in November 2019. Already by the end of the year, Chinese scientists were able to solve the genome of the virus. That was the starting point for vaccine development and large-scale trials were launched already in the late summer. The results from the first large-scale phase three tests are expected in October or November. Phase three is the stage where a vaccine tested in a laboratory and with smaller test groups is further tested on tens of thousands of people.

“The pace has been very fast,” Rämet says.

At the same time, the need to find rapid responses to the pandemic changed the pace of medical research. The development of the coronavirus vaccine was accelerated by research into the SARS virus, a ‘cousin’ of the new coronavirus that raged in Asia in 2003 and was eventually eradicated by isolation measures.

“On the other hand, animal testing has progressed more rapidly to non-human primates while normally several animal models would have preceded tests with monkeys,” Rämet points out

Different diseases cannot be pitched against each other. Dying of malaria and not of COVID-19 is of cold comfort. Thus, the big question is whether the unprecedented investment in finding a vaccine against the coronavirus will remove resources from other vaccine development. In Finland alone, the government has announced it will set aside €110 million for purchasing the vaccine and over €1 billion for diagnostic testing.

“It is hard to imagine that €1 billion would be allocated to fighting some other disease,” Rämet says.

The question is of prioritisation. A vaccine against the coronavirus must be invented now.  However, vaccines against such diseases as Ebola, dengue fever, malaria and the respiratory syncytial virus (RSV) will also be needed. Even though COVID-19 is getting all the attention, it is just one of numerous pathogens.

What if the vaccine does not work?

It is also possible that the vaccine will not work. Of the 38 clinical phase vaccines currently available, nine have progressed to phase three. Only a sufficiently large test population will reveal protective efficacy and the rarest side effects.

Even at this point, the promising results may come to nothing. A famous example from the 1960s showed that when an inactivated virus was used in a vaccine developed against RSV, it caused a more serious infection in immunised children in the United States. 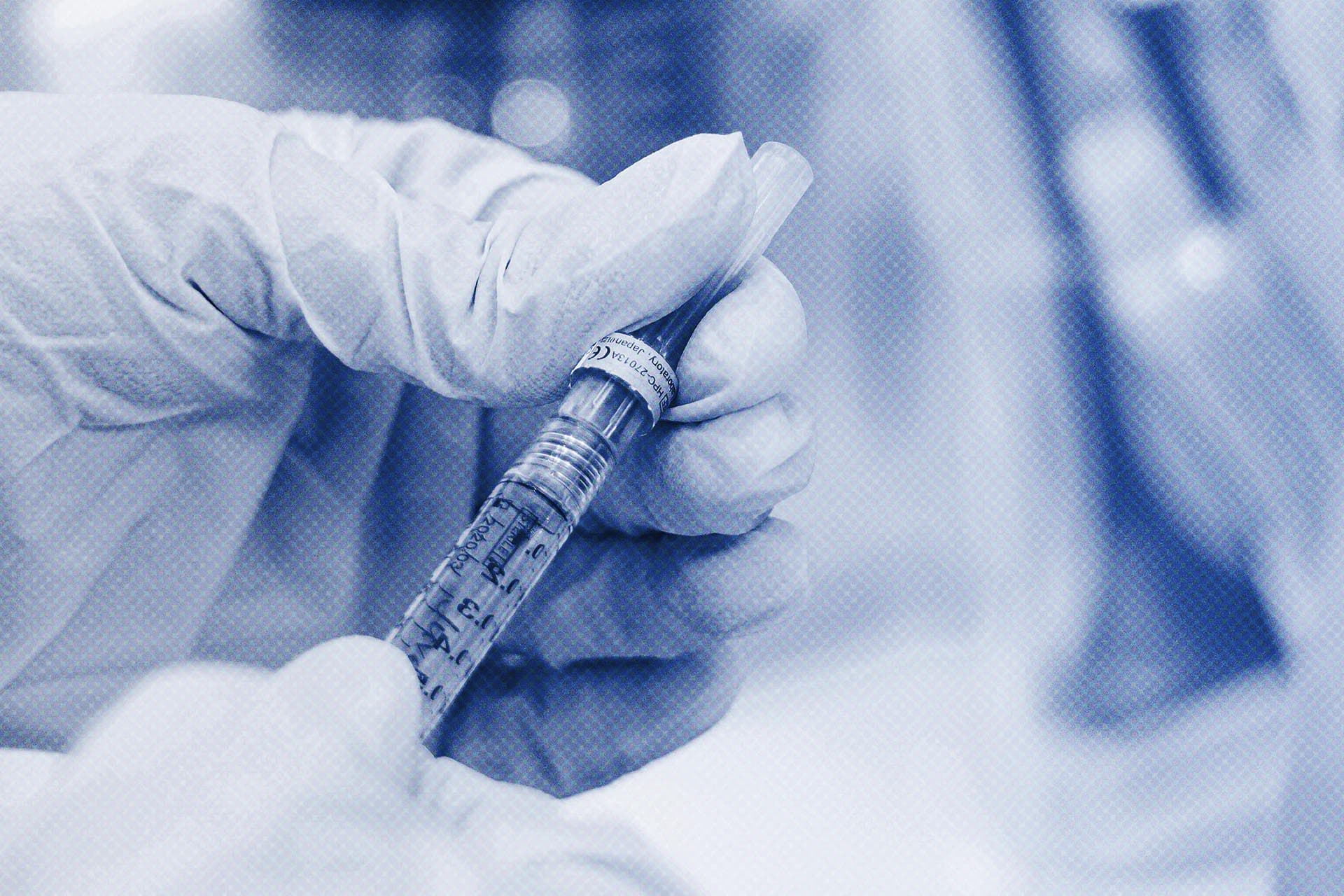 The coronavirus is not easy to eradicate with a vaccine because it also lives outside the human body.Photo: Sam Moqadam/Unsplash & Sari Laapotti

In the case of COVID-19, one aspect related to the safety of vaccines are the so-called cytokine storms referring to cases where the human body has been found to react too strongly to the coronavirus. As a result, the body begins to produce excessive amounts of inflammatory mediators called cytokines, which could also be caused by a vaccine.

“The good thing so far in the current phase three studies is that there has been no need for long-term suspensions of the trials due to suspected adverse reactions. In September, AstraZeneca’s study was halted for a few days due to a suspected side effect, but then the study was able to continue,” Rämet notes.

COVID-19 reminds us why vaccines are necessary

Over time, the development of vaccines is the most significant promoter of public health in addition to clean water. The World Health Organization (WHO) estimates that between 2010 and 2015 alone, various vaccines saved the lives of 10 million people and protected an even greater number against disease-related injuries and developmental disabilities.

Smallpox is the real success story in the history of immunisation. The first vaccine against it was accidentally developed as early as the late 18th century. In the early 1970s, smallpox still killed two million people annually, but with systematic immunisation, the disease was declared eradicated in 1980. Vaccinations against polio have progressed almost as well. Today, polio epidemics are found in only three countries.

“For example, the measles vaccine is effective. Once a vaccine regime has been administered, it gives practically full protection against the disease. However, even a good vaccine will not work if it is not taken,” Rämet points out.

If something good has to be found about the coronavirus, Rämet can think of one thing: vaccination awareness has considerably improved because of the extensive media coverage of COVID-19. As many diseases have become rare because of vaccination regimes, people especially in the western countries do not know what eg polio and measles look and feel like. On the other hand, people who catch COVID-19 and die of it do not have the option of taking the vaccine.

“I believe that the work done on the coronavirus vaccine will eradicate some of the unfounded vaccine hesitancy,” Rämet says.

Vaccines do not always succeed because viruses are different

Despite the success stories, vaccines do not always work. For example, the first vaccines against HIV were developed in the United States as early as 1988. A functional vaccine has still not been found, even though more than 32 million people have died of AIDS caused by the virus.

“The HI virus mutates quickly, and effective drug therapies have been developed at the same time, which has reduced the urgency to develop a vaccine,” Rämet explains.

Neither has a vaccine been developed against dengue fever which causes some 390 million infections and 25,000 deaths annually.

“Vaccine development for dengue fever has slowed down because of the unwanted effect of some vaccine candidates, the so-called antibody-dependent enhancement. The antibodies produced by the vaccine were not protective but exacerbated the disease,” Rämet says.

Contrary to what you might think, it may not be possible to vaccinate older at-risk people first.

The coronavirus has mutated slowly, which is a good thing from the perspective of immunisation. However, even an effective vaccine will still not eradicate the coronavirus. Just as the tetanus bacteria – which are controlled by a vaccine – live in the soil, the widespread coronavirus strain remains alive in humans but also likely in animals including bats, from which the virus presumably infected a human host through zoonotic transmission.

“Immunisation can only destroy viruses that are only present in humans because animals and soil act as a reserve for viruses,” Rämet says.

An effective vaccine can be found phase by phase

Rämet thinks that even if the first vaccines are not perfect, they will at least be of significant benefit to part of the population. If COVID-19 has been shown to be unusual with varied symptoms, it is also unusual that immunisation is prioritised. Contrary to what you might think, it may not be possible to vaccinate older at-risk people first.

“Ordinarily, those who are older than 75 years clearly have a weaker immune response to vaccines and viruses. This means that they are likely to need a vaccine that triggers a strong immune response.

A vaccine based on the most traditional vaccine technologies and adjuvants could be more suited for older people, and several of these are being developed. For example, the vaccine developed in collaboration by Sanofi Pasteur and Glaxo Smith Kline (GSK) contains the adjuvant AS03, which is the same substance that possibly contributed to the development of narcolepsy in some children in the vaccinations during the swine flu epidemic of 2009.

I believe that meticulously researched vaccines will bring relief in the coming months.

The older generation can possibly use this type of vaccination safely because narcolepsy was not diagnosed in older people after the swine flu vaccination campaign. Because COVID-19 causes children mild symptoms and the epidemic does not seem to be spreading alarmingly at schools, immunising children is currently not a priority.

Thus, the big question is how these first vaccines will suit the working age population. They would inhibit the disease from spreading and lessen the burden on health care.

“In this matter, we are improving the situation one step at a time ie by curbing the epidemic and restoring the normal functions of society. For a while, people still must cope and behave responsibly, wear face masks, use a hand sanitiser, and practice safe distancing. However, I believe that meticulously researched vaccines will bring relief in the coming months,” Rämet says. 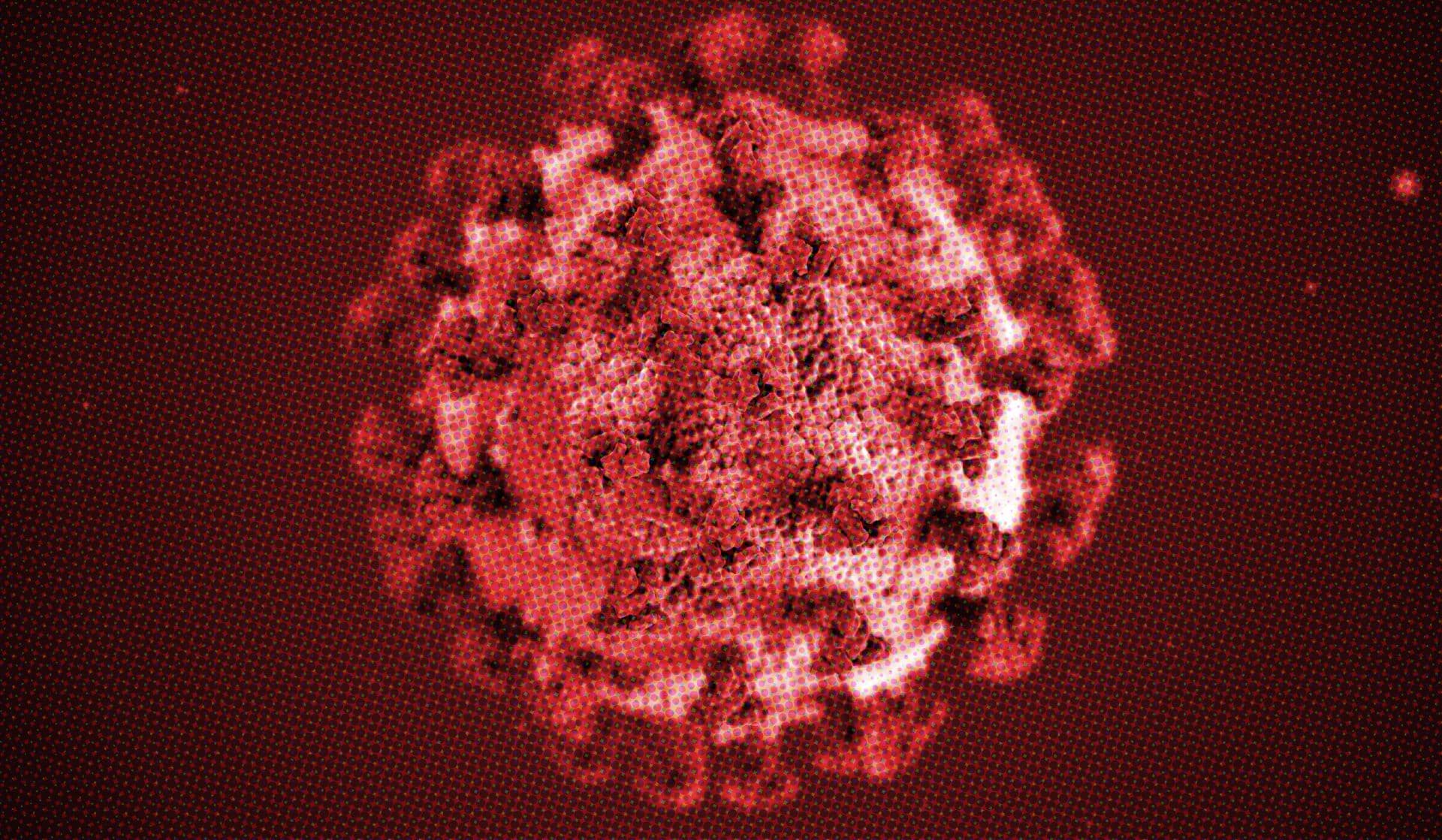 If the coronavirus had to come, this was the best time 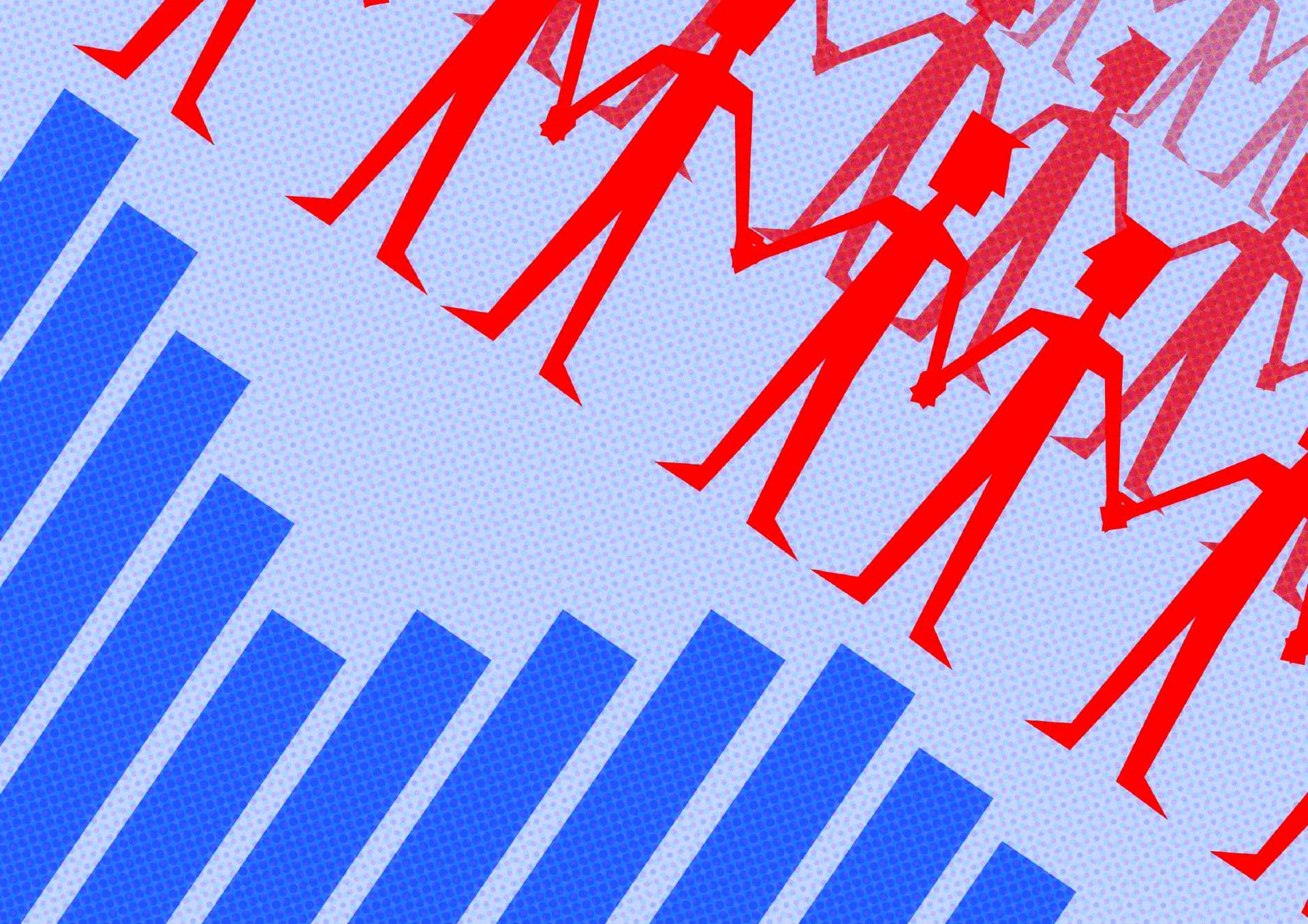 Bad data can lead astray in the fight against COVID-19 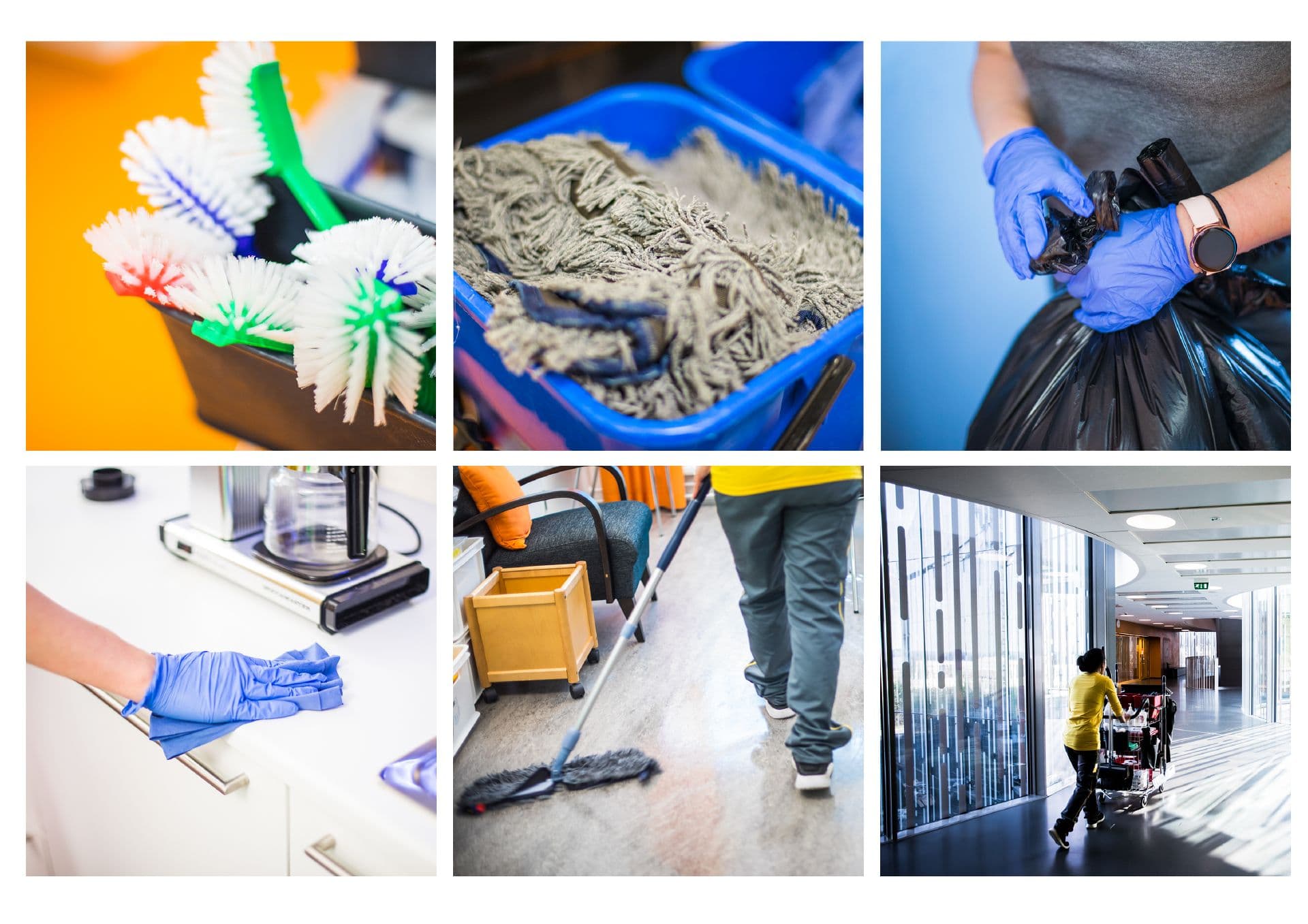 Cleaners are on the frontline in the fight against COVID-19 – will they now get the recognition they deserve?