The Case of Excessive Realism in Games

Games seek to be more and more realistic both graphically and gameplay-wise. Usually, authenticity enhances immersion. However, in some cases, games can be too real which affects negatively the gaming experience.

Games constantly develop to imitate real-life utilizing both graphical and audiovisual marvels as well as a variety of game mechanics. Games are currently in a stage where the player can’t confidently determine if the graphics of a game are from games or real life. Players demand always better, more believable games and harshly criticize if some games can’t reach the bar they set. The fun gameplay of most games is elicited by intuitive design meaning it responds and acts instantly, although at the cost of realism. There are still plenty of games that aim to have a realistic feel and look, even if the gameplay feels a bit clunky. The question is, can games be too realistic? Does it hinder the gaming experience in some cases? I’ll examine a few examples of games, particularly their realistic aspects and try to find answers to the presented questions. 1. The outside view on the village in Red Dead Redemption 2.

A massive open-world Western action-adventure game Red Dead Redemption 2 from Rockstar is a technical wonder. So much so that we can argue if it’s more of a Western simulator than your above-average game of the year candidate. Everything in the game is manically polished and systematically designed. The narrative is intriguing and graphically it’s mind-boggling. The gameplay feels authentic and immersive. Still, there are myriad of players that think the game is boring, unplayable even. Why is that? Imagine playing it and finding an abandoned cottage. You watch as the character sluggishly opens the closet doors and cupboards, picking up the loot one by one. When you’re done, you walk to the next room and repeat. After 10 minutes when the house is cleaned you mount your horse and get an idea of riding quickly to the nearest vendor to sell – except the riding can take up to half an hour. Suddenly, the simple set of tasks has taken a solid 45 minutes. Why these types of ultra-believable but slow mechanics are intended? Because Red Dead wants to be as realistic as possible, meaning every action imitate real-life both animation and length-wise, to achieve maximum immersion among players. The drawback is that it quickly becomes cumbersome and boring, it feels like work which game shouldn’t feel. Realism takes away the joy. Maybe the first couple of times it’ll suffice but after 30+ hours it feels just dull. Is there any place then for fun realistic game mechanics? Absolutely. 2. The loot inventory in Escape From Tarkov.

Escape From Tarkov is a great example of that. It’s a competitive FPS looter-shooter where players execute raids seeking to obtain loot, avoid or kill other players and successfully escape. Similarly, to Read Dead, Tarkov contains lengthy realistic mechanics regarding looting and utilizing guns but in Tarkov, the mechanics enhance the gaming experience. When you impatiently rummage through the loot in containers and dead bodies, constantly fearing of getting killed thus losing everything you possess, the lengthy search makes the game nerve-wracking. The same anxiety kicks in when a player slowly reloads their magazine, realistically a phase of bullet per second. The intense feeling is the gimmick that makes Tarkov captivating. Can realistic, lengthy motions be fun outside of means of inducing tension? Sure, they can. 3. Players can interact with most objects in Half-Life Alyx

If we think about VR-games, they are built on imitating the authentic movement of a player. The more accurate and believable movement and graphics, the better and more immersive experience. A good example is the beautiful new VR masterpiece Half-Life Alyx where the player gets inside the body of Alyx fighting their way through levels against alien enemies. In the game, the player must realistically – using their body and arms – reach out to open shelves or take containers in their hands and pick valuables from there one by one. Players have a limited amount of inventory space, but they can always load and carry a box of additional loot through the levels. For real, they must hold their hands as carrying a concrete box. This may sound miserable but it’s truly a magnificent sensation. However, ultra-realistic graphics of Alyx can be too much for some players as there’s plenty of core and mutilated bodies. Of course, the violent look of games doesn’t startle most players nowadays but experiencing those in VR is a totally different ball game. When you actually exist next to gruesomely mutilated corpses that you can touch and move, it is simply horrifying, disturbing even.

The verdict of my brief overview is that the case of the excessive realism in games is highly dependent upon the game and the purpose of the realistic features – as well as players’ taste. Completely identical mechanics can feel either extremely infuriating or fun and exciting. Games should at first aim to include responsive design instead of realism unless there’s a clear purpose of the realistic feature. Furthermore, seeking to have photorealistic look in a game is admirable but in the case of violence – especially experienced in VR – there’s a fine line between being exciting and becoming too disturbing.

236
Freeform Writing
Moments of playing together 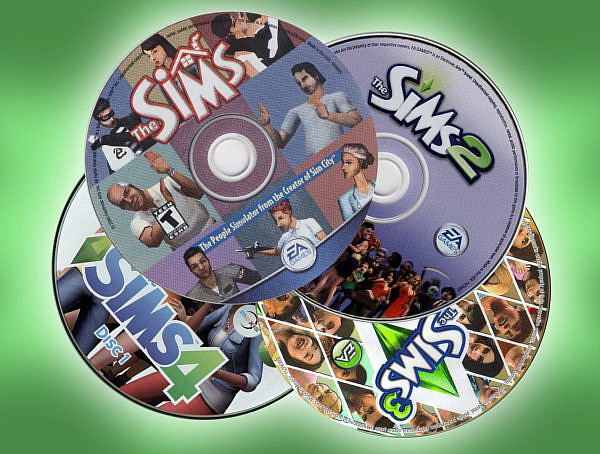