Sixteen years since the release of the first part of the platforming game series, Psychonauts 2 continues from where the first game left off with the same recipe. Razputin “Raz” Aquato is a promising young Psychonaut (a secret agent that uses psychic abilities) in training at the Psychonaut headquarters but is destined to a journey to save the whole institute from the evil Maligula. With the help of his peers and older experienced agents, he embarks on a journey through wild places physical and mental. The player travels through a variety of spaces, some of which inside people’s heads where a skilled Psychonaut can try to get rid of the very much materialised problems of said person using a plethora of Psychonaut skills such as telekinesis. Mental connection: cilantro logically leads to delight, or does it just taste like soap?

Many of the enemies in Psychonauts are modelled after what could be called enemies of the mind, such as Doubt, which is a sticky monster that literally sticks the character to the ground: “it holds you down”. Every mind is different and has differing properties. The cartoony enemies do have a darker background in mental health issues but maybe physically beating them on screen is a source of empowerment.

The story, while safe for younger audiences, is filled with dark humour and innuendos. The overall style of writing relies on witty dialogue with hints of the deadpan random comedy of ZAZ films (Airplane, Police Squad etc.), and it works. The writing by the studio head of Double Fine Productions, and the BAFTA Fellowship (for pioneering work in game development) award winning Tim Schafer works both story wise and through its dialogue.

The most remarkable part of the game is its visual design. The art design, lead by a notable POC voice of the gaming industry Lisette Titre-Montgomery, combines cartoonish style with a plethora of art styles from the fever dreamish landscapes of old hippie rock stars to the teeth filled grotesque screwed up world inside the head of a mad dentist. The “real world” provides contrast to the crazy mental worlds but still succeeds in capturing several styles from the green and earthy summer camp to the dark woods inspired by camp horror films from 1950s. The colourful and creative art design works perfectly in sync with the equally as imaginative level design lead by Ryan Mattson together with lead designers Seth Marinello, Zak McClendon, combining more linear levels such as many of the minds explored to the semi-open explorable real world. Our protagonist, Raz, dives deep into the world of the colourful hippie movement

The gameplay provides solid platforming with enough variables to keep the game interesting through the around 17 hour story. The only minor pitfall of the gameplay is the usage of lists as many missions require going to several places or minds, and whereas these events are still individually crafted and designed, they do not by themselves progress the story and can feel like unnecessary filler.

Psychonauts 2 truly is one of the most creative and best-looking games of the year. For visual excellence, a video game does not need photorealistic graphics but unique and imaginative style. Whereas the story heavily relies on its comedy, it also takes on some more serious issues, such as mental illnesses. Thanks to its excellent artistry and design, Psychonauts 2 is a great successor to the first instalment of the series, but also a worthy and exciting standalone game.

35
Freeform Writing
The jubilation of life, told through death – Powerful narrative of What Remains of Edith Finch

59
Game Reviews
Ambience and scenery: a moment in Monument Valley 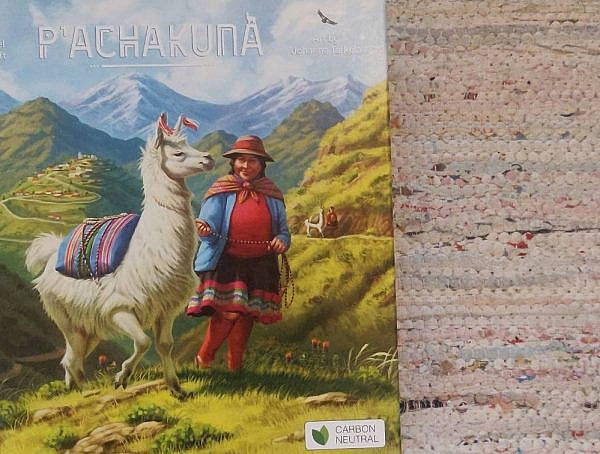