People Behind the Logo

Did you watch the new movie by Christopher Nolan? Roger Deakins is a cinematography genius! Phoebe Waller–Bridge is one of the most promising new screenwriters of today! I loved Willem Dafoe in the new Spiderman! Loved Hans Zimmer’s soundtrack in Dune!

With the film and television industry it is the norm to credit people for their work, be their biggest fan, and follow them on social media after seeing a film starring them. These people become celebrities for their work. The Academy Awards is a ceremony anticipated all over the world, and all to further praise these people for the work they have done. At the same time in the gaming industry, we are congratulating Guerrilla Games for their successful new game or cursing EA for their unfinished loot-box-based games. The difference between these two industries is that in one of them we acknowledge the people behind the product but with the other a faceless company takes all the credit for the work.

Why do film reviews credit the successful performances, but game reviews don’t? Why is the film industry so different to the game industry, or is it at all?

Hollywood is known as not only a magical place where films are made, but also as the home of many celebrities. The Hollywood Hills is littered with multi-million-dollar mansions and streets are buzzling with supercars these celebrities are driving. Simultaneously regular tourists are taking sightseeing tours around the neighbourhood to see where their favourite celebrities live. These filthy rich workers of the entertainment industry portray the life people generally want to have: a life full of money, glamour, and fame. It is a lifestyle to be desired. Chris Rojek (2001) declares this celebrity worship as substitutes for God: people seek excitement and the fantasy life from these people, and a celebrity’s lifestyle can become ideologized and part of a fan’s identity. This phenomenon is absolutely noticed by the entertainment industry, meaning the producers – the people with the big big money. The actor with the biggest following is surely the first name on the poster. The same goes for some directors and even composers, they are absolutely a big marketing vehicle for the production and bring in lots of money from their respective followings. Purely the amount of media attention associated with big stars is an attractive option to market a film (Rojek 2012) albeit the attention a celebrity is gathering might not always be positive. Games are getting more film-like, but some properties are still missing. Where are our stars? (Uncharted 4)

Whereas the game industry has moved to a vastly different direction from the once passion project industry to purely commercial industry, Hollywood and the whole film industry has been there for ages and naturally has more refined practices. The celebrity image is not an inherent quality but is a property to upkeep or it will vanish, and in the end the biggest profiters, the film studios are the ones controlling the image of many of their stars and their celebrity status is mostly connected to the interests of the studio (Herwitz 2008, 79–80).

There are very few people in the game industry that might have the right to call themselves celebrities, at least among the hardcore gamers, Todd Howard, the executive producer at Bethesda Game Studios, and Gabe Newell, the founder of Valve Corporation. To some these names might be completely strange and understandably so; even though these are people behind some of the most successful games and gaming platforms ever, their fame is limited to a smaller community. They are also not PR figures to the same extent as a well-known actor would be (in a film, many established actors have done work in games but are not often recognised from them), so there is no need to bring them forward because there is little to no monetary gains from doing so.

It needs to be noted though, that the celebrity status created by the studios for monetary purposes is different from the crediting of creators on reviews and articles by journalists, even though the former is still an influential factor. It is also important to note that many media outlets are owned by the same corporations that own the film studios, so naturally they are promoting the films in similar fashion as the studios. So far, there are no notable game studios that own a major media outlet. Whether games are art is an age-old question. They do look damn good though… (Journey)

Going back to the base question: why are game creators not credited in game reviews? Of course, the commerciality and celebrity statuses in film are a big differentiating factor compared to games. It might also be that whereas film is widely considered to be art, there is much discussion and differing opinions on whether games are art. Without taking a stance on the hot topic, the creators of games do put great effort into games and many people working in the industry are trained creative professionals. Therefore, I would argue that crediting people for the excellence of their work could also work in game journalism. Like in film, game studios employ hundreds or thousands of people and not everyone could be listed. I would propose a system similar to applauding an orchestra: the conductor receives the applause and crediting the conductor is a credit to the whole orchestra; crediting the team leader or lead designer is a credit for the whole team.

I do think that crediting people behind games is a good idea. I do also think that games can be art. I don’t know if these two are connected, but crediting people for their work is good practice even though the people in question are not celebrities or have remarkable personal followings. Good work should be noted.

Images are official promotional images of Uncharted 4 and Journey. Available at https://www.playstation.com/fi-fi/uncharted/ & https://store.steampowered.com/app/638230/Journey/ 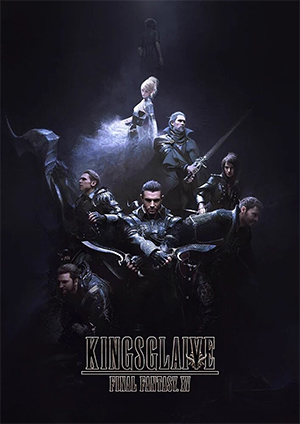