One Hour, One Life is a surprisingly heart-stirring online survival game from solo developer Jason Rohrer from 2018. The game and its community create a unique, co-operative atmosphere of developing sustainable civilizations from scratch. While the survival game staples like hunting, crafting, and gathering are present, a special emphasis on family and community building makes OHOL something special.

The core of the game lies in multi-generational progress. Players are born as helpless babies to others on a vast map with scarce resources. A solo player could scavenge enough food from their environment, but establishing a permanent residence requires farming and preparing food. As the game’s name suggests, a character lives at most an hour before dying of old age. It takes a long time to create anything of value, and long chains of actions are needed to craft even relatively simple objects. You can only do so much in a single life. Thus, technological development and long-term survival depend on leveraging the tools and wealth created by those who came before.

Players are encouraged to help and teach others and take care of their children. Female babies are highly valued, as they ensure that a lineage continues. Villages and towns arise when player families work together. Different biomes contain varying resources, making trade between villages important. Unsurprisingly, newcomers are readily instructed how to be useful. While the gameplay is exceedingly simple with only commands to move, pick up, and combine/interact, learning the complicated crafting recipes can require an external wiki or a tutorial. However, you can also learn by asking; as the community is tiny but friendly. While cooking pies to feed my village, I was informed we have no female babies. That is very bad news.

The game creates stories effortlessly. Establishing a home, fending off starvation and angry bears, suffering losses and triumph. Rivalries happen, and killing other players is possible (though made difficult to dissuade griefing), but most of your time is spent co-operating. OHOL makes you care about other players in a way I have not encountered before. Having my virtual mother tell me I am loved on their deathbed is an unusual experience in gaming. We had spent a lifetime creating a flourishing berry farm, and I returned the favor to my own child in time.

As a game developed and supported by only one person, and with updates each month, OHOL has some forgivable jank. Most interactions are done with mouse-clicking, which can be tiring, and juggling one item after another can get tedious when crafting. As items can rarely be stacked on the same tile, the workspace is also prone to ballooning. But the weaknesses do not take away from the game’s uniqueness. It is a machine for special, personal stories of family and overcoming adversity. 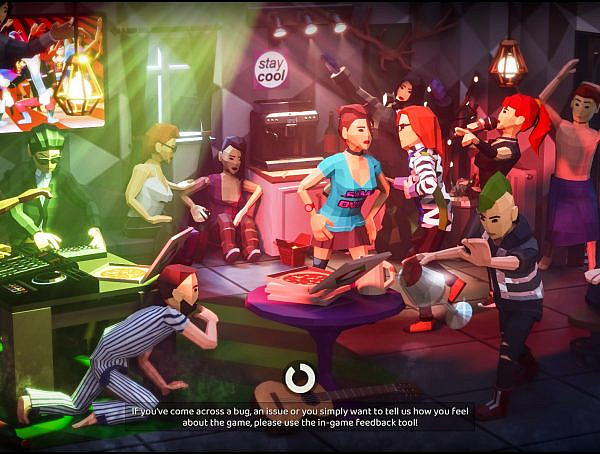 270
Game Reviews
The Tenants is a chill landlord simulator