‘“If the game does not work, it is lagging, or you die in game, you just get furious” – children’s experiences on gamer rage.’, by Juho Kahila, Satu Piispa-Hakala, Sanni Kahila, Teemu Valtonen, Henriikka Vartiainen and Matti Tedre, explores aggressive and violent tendencies experienced by children due to video gaming. Prior studies have discussed digital and violent games and their effects on aggressive behaviour, but also the effect games have on emotional self-control. However, most studies focus on adults and e-sports rather than children, even though children play games more than ever before. This study asks children themselves how they would explain the causes and consequences of their gamer rage.

Rage and anger are both natural and normal emotions but can be difficult for teens during puberty and learning to control them is important. Aggression and digital games, violent ones especially, have often been associated with each other in public discussion. There are studies, however, that suggest that the violence itself is not the reason, but instead the competitiveness and fast pace of said games that causes rage, since similar study results came from violent and nonviolent games.

The main reasons for rage explained by the children were divided into three main categories: in-game failures, incompetent teammates, and technical problems. In-game failures refer to personal failures within the game, such as dying at crucial moments or losing to other players in a competitive setting. Cases like these were mentioned in multiple essays. One sixth grader wrote “I raged in Fortnite when I died. I threw the controller into the wall, but it did not break. My feelings were mixed.” Another one mentioned how much they hate losing and how their friend winning made them restart the entire game. Repeated failures like losing and making mistakes were also found aggravating. A sixth grader boy had lost 200 of their 3900 trophies (a measure of skill rating from 0-5000) in Clash Royale, a popular mobile game, and as a result broke their phone. The second main source of anger was incompetent teammates, whether friends or strangers. “I once broke my laptop when I lost my temper in CS:GO when my team was full of Russian silvers (silver is the lowest player rank in CS:GO), but now I have a desktop computer.” said one ninth grader about Counter-Strike: Global Offensive, a very popular team-based tactical first-person shooter. Participants described how their teammates’ failures affected their own playing experience and success, and therefore made them angry.

The final major reason was technical problems, meaning causes out of the players’ control. Examples of this would be faulty hardware, problems within the game like glitches and bugs, and bad internet connection. A sixth-grade girl wrote “I have been furious with many games. If the game does not work, it is lagging, or you die in game you just get furious.” Game sessions ending abruptly due to technical problems were found especially frustrating.

Naturally, these negative emotions need an outlet, which were also divided into three separate categories, the first of which is verbal expressions, which usually means screaming and sometimes even crying. Then, there are physical expressions. This translates to physical violence towards the gaming device or nearby furniture, anything readily nearby when the rage manifests. The targets of these outbursts are often damaged or break down entirely. A sixth grader boy wrote “The controller broke when I died in Fortnite. I tried to throw it on the couch, but it hit the wall and now it no longer works; it does not charge.” This text, however, is also relevant in the sense that it shows an important side of the physical expressions: children try not to break their surroundings even when enraged, and many of them wrote that they usually manage to hold their temper and prevent themselves from destroying whatever they were just about to.

The third expression is to simply quit the game. This can mean an indeterminately long break, whether an hour or a week, or quitting the game entirely, and there were examples of both cases in the essays. Most children only quit temporarily and come back after a short break. “Sometimes when you die in a game then you get angry and you rage. It makes playing difficult and it can last for a while, or the rest of the day that your gaming doesn’t pan out and that’s when I take a break because I don’t want to lose every game.” Some of the essays mentioned that their writers had learned to avoid gaming when tilted (a furious state of mind). A couple of participants had also taken more extreme measures with their quitting, with one ninth grader quitting gaming entirely, since they felt like it was so easy to get mad while doing it. Rage has been studied in different ways, but there has been a distinct lack of asking children themselves how they feel about rage. Earlier studies suggested that some major reasons for gamer rage would be violent content, fast pace and competitiveness, and the loss of the feeling of the player’s competence. This study found no connection to the violence in the games, but the other two theories were backed by the results of this study. In addition, this study showed that children have the capability of controlling their rage to an extent, and that they were conscious of their emotions. It should also be noted that quitting a game altogether is a sign of a significant self-control.

The results of this study let us understand more about children’s gamer rage and could be used in other fields to help teachers, media educators, and other professionals working with children to understand more about the perspectives of the children themselves. Furthermore, it shows that we should study the ways gamer rage can impact children’s lives out-of-game, as well as the way children themselves think about gamer rage as a phenomenon.

425
Freeform Writing
Moments of playing together

400
Freeform Writing
Have games changed over the years, or have I? Maybe both. 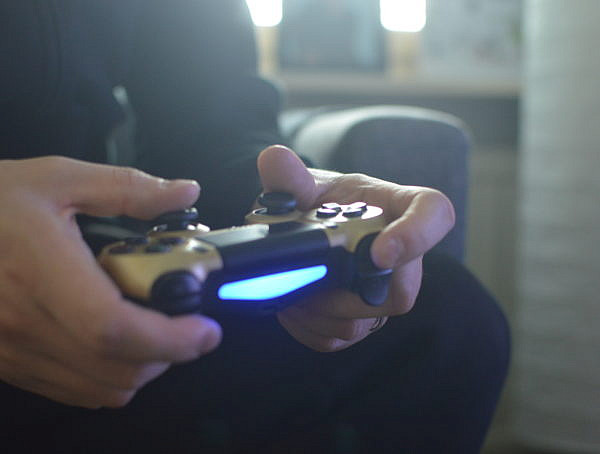