Pokémon Unite is a multiplayer online battle arena (MOBA) video game, which has different matches where two teams of five players compete to reach the highest score in ten minutes. Also, one team can win if the other one surrenders. It’s also a non-AAA game because it’s available on mobile platforms and, in my case, I play it on my phone and it seems that it runs better than on Nintendo Switch.

What I find most enjoyable in this game is the gameplay. As a “Pokémon Trainer” you have to choose your favorite “monster” and start doing some competitive fights of 5 vs. 5, and the best way to win is teamwork. So, it would be more suitable if you have some friends to play with, because you are going to have better communication and thoughtful strategies. If you go here “https://youtu.be/EbOgd0WTIKU” you can see an example of a battle.

On the main screen, you have some accessibilities that make the game more entertaining. Every day you enter into the video game you get some prizes, these ones, allowing you to improve your skills and to become a competitive player. This is similar to League Of Legends (LOL) game, it’s called “First Win of the Day”, which is unlocked at level 15 and gives you experience. But, I think that Pokémon Unite is more dynamical and playful, because you receive prizes the first day you start playing the game, so it engages players to enter it and play.

Picture: The main menu of the game, where you can do several things, like doing a battle, buying things from the shop, personalize your

The other things which are similar to LOL are the “Unite Battles”, as a player, you have several options: “Ranked”, “Standard”, “Custom Battle” and “Quick”. The gameplay is quite the same as LOL, because you have different zones, one of them is the “jungle” and then the mission is to destroy the enemies’ bases, in Pokémon Unite, instead of “destroying” the bases, you have to mark points on them until they disappear. Here you have a video that compares the battles and the characters, which are similar: https://youtu.be/LS4TtVuX9-c .

For me, the best “battles” to play are the ranked ones, because you have to gain experience to progress and become a professional. You should be careful with them because if you lose a match, you will lose some points and your level will decrease. In this picture, you can see the various kinds of battles and my ranking.

Picture: Menu of the Unite Battle, where you can switch between the different types of battles (this one is the classificatory one). Also, you can see your level (in this case: Veteran)

To resume, I don’t think that Pokémon Unite it’s a copy of LOL, we can say that it’s inspired on it, but definitely not a copy, because it has some similarities, but, Pokémon is more playful than LOL (fans don’t “kill” me, please). I recommend you to play it, because you are going to have a great time, but I suggest you to play it with some friends because the teamwork and the communication is essential. 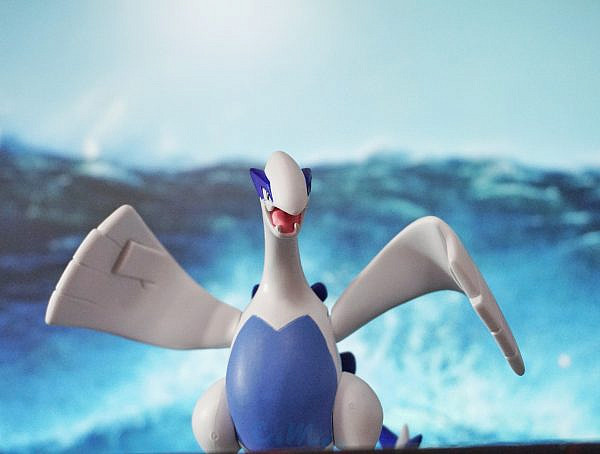 293
Game Reviews
What makes Pokémon SoulSilver the best remake in the saga?