HOW ABOUT NO | Close Your Eyes Review

You wake up in a research facility, with a computer screen in front of you. Oddly enough, for someone (or thing-) that has existed for just 4 hours, you’re of an average height for a human male, but weigh beyond any considerable human is?

Close Your Eyes starts you off with this incongruence and ambiguity as the computer screen briefs you about your status, and also – cleverly guides you through the controls and mechanics of the game. This indie horror game by Colin Gamagami calls itself a puzzle horror game where your only defense against enemies is to close your eyes. This mechanic of closing your eyes is prevalent throughout the whole game and is one of the factors that make this game such a compelling play. The game eases you into familiarizing yourself with its mechanics, as you use it to solve increasingly difficult puzzles and run away from your enemies throughout the ~1 hour of your playthrough of the game. Even when you’re just wandering around in the research lab, the lingering thought of creatures (or husks as you’d gradually find out) being out on the hunt for you, and closing your eyes is your only defense – taps so much into human fear. The game puts you in the spot where you have to navigate two forms of visions to have a clear sense of reality, and you will definitely feel that adrenaline rush as you come face-to-face with a husk and are required to flip between the two visions to get away from them. During these encounters, I constantly feel a nagging refusal to “close” my eyes, a move which immediately puts the husk out of my sight, but also necessary if I want to move on in the game. I find it interesting how engaging with the game with this game mechanic makes me as a player feel so vulnerable and courageous at the same time.

As you explore the eerie research facility, you uncover more and more about its backstory – and also of your own origins. Close Your Eyes embeds storytelling well into gameplay that the narrative just reveals itself to you as you move along in the game. The world provides a narrative arch that fills up the time you spend in-game, but with that abstract art style – one can’t help but wonder if there’s a deeper, metaphorical note to it. The puzzles in Close Your Eyes are well designed and quick to solve once you understand where the game is hinting you towards. Despite it requiring you as you as the player to be able to read the room, and put information together to piece things out, the game nudges you into the required direction to solve them. Also – have I mentioned that this game is free for download? Go check out the game for yourself here, and remember to buy the developer a cuppa coffee if you liked it 😉 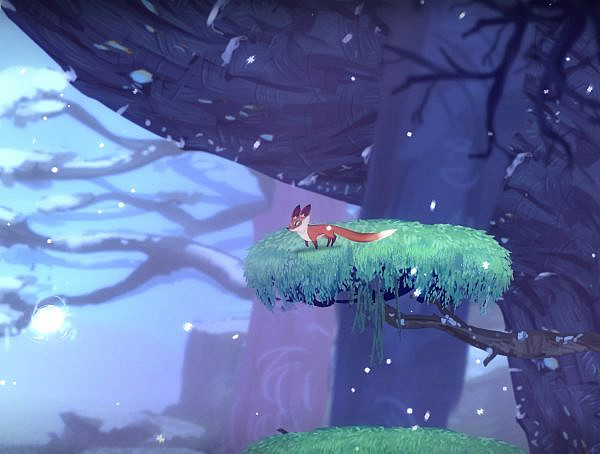