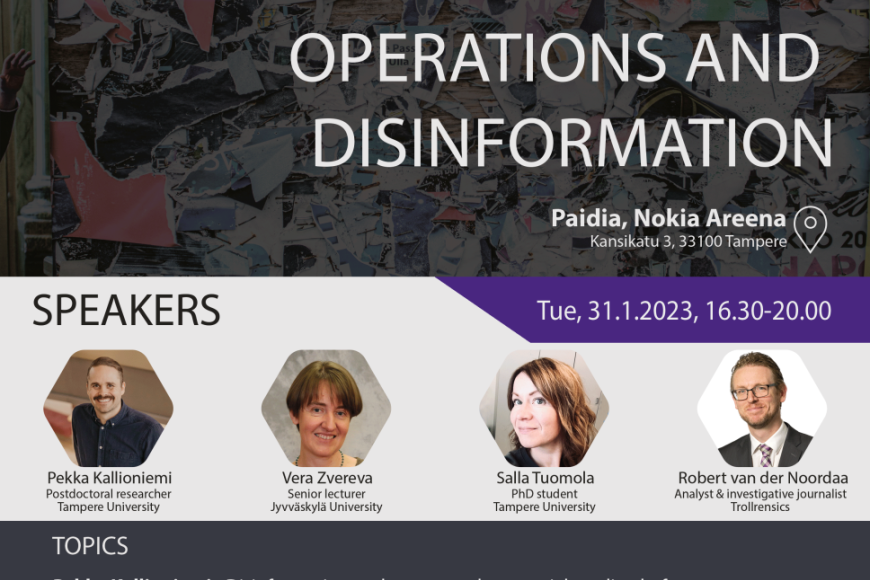 Russia has a long tradition of conducting online influence operations and disinformation campaigns, but for most people these campaigns became known during the 2016 US presidential election and the Russian interference during it. Novaya Gazeta wrote about the Russian Internet Research Agency also known as the “troll farm” already back in 2014, but at that point these disinformation producers were creating narratives mostly around Russia’s opposition figures and against Ukraine.

Today there’s more information and research about these disinformation centers and of the narratives they create, but their influence is ever‐growing, especially in developing countries. These narratives aim to demoralize and destabilize communities and polarize groups and provoke them against each other. Troll farms take advantage of social media algorithms, clickbait titles and botnets to make their content viral and spread quickly around the web. The seminar focuses on this particular issue with experts from various research areas.