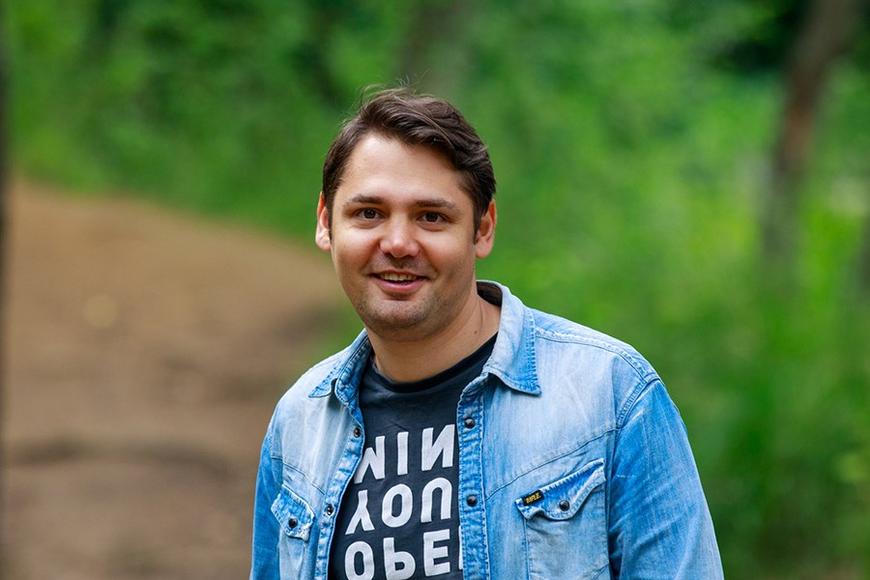 In his doctoral dissertation of Maksim Kulya develops various methods for obtaining and analyzing the complete information about the laser wave field. The research demonstrates that using the digital registration of radiation one can extract the full spatio-temporal, amplitude and phase information about wavefield. Appling the methods of numerical wavefront propagation one can also realize the holography of amplitude and phase objects irradiated by terahertz and femtosecond laser pulses.

The progress in laser technology, microelectronics and digital signal processing allows to obtain and detect electromagnetic terahertz (THz) waves. 1 THz is equal to 1012 Hz and in wavelength 1 THz corresponds to 300 microns. Usually THz pulse is extremely short in time with duration about several picoseconds (10-12 s) and have a few number of field oscillations. Typically, such pulses have a broad spectrum in range 0.1-10 THz.

Pulsed THz waves are usually generated and recorded with use of ultrafast laser pulses. The result of such measurements is not the radiation power (as usual in classical optics), but the temporal shape of the electric field itself. Technologies based on the use of broadband THz radiation have become an important tools for many practical applications nowadays, such as non-invasive diagnostic and control methods in industry, medicine and biology, safety and security. In the past decade, another large-scale application of the THz range has been actively explored - THz wireless communications. In addition, pulsed THz radiation has an ultra-wide spectrum. Its features, such as extremely low absorption by dielectrics, and the presence of characteristic frequencies of various organic molecules make it possible to carry out spectroscopic diagnostics of objects and materials.

"The valuable result of the progress in THz radiation was the development of many new scientific directions, an important place among which is given to techniques for obtaining complete information about the wavefield in space and time. It can be named THz holography in accordance with its literal meaning - from the Greek words "holos", meaning whole, and "graphe", meaning writing,” Maksim Kulya says.

One of the most characteristic features of holography today is the transition from analogue to digital registration, which is implemented in most cases using matrix photodetectors. This led to the development of digital holography methods, as well as the development of new approaches based on the numerical processing methods.

Thus, combination of THz technologies and digital holography methods made it possible to develop the digital pulsed hyperspectral THz holography, described in the thesis. The first main point of THz pulse holography is the direct measurements of temporal shape of THz pulses in each points of wide beam passed through the investigated object. The second point is the use of numerical computational methods: using the complete information about the wavefield distribution in one plane, it is possible to calculate its evolution at any point in space, also in the case of arbitrary configuration of optical medium. As a result, it is possible to visualize the features of the spatial and temporal evolution of any complex-structured fields propagated in different optical media.

This become a huge advantage of THz holography against standard widely used THz time-domain spectroscopy (TDS). For example, for determining the optical properties of materials it is important to take into account all the effects associated with THz wavefront propagation. TDS does not allow this accounting, but THz holography does. Also holographic approach allows to manage another valuable aspect: usually, the propagation of a pulsed radiation is considered separately in temporal and spatial coordinates, assuming that the temporal properties of the pulse remain unchanged along the beam propagation. However, such representation is often incorrect, especially for ultrashort THz pulses. The possibility to analyze this full spatio-temporal evolution of THz wavefield was considered in thesis in all details.

However, the major restrictions of digital pulsed hyperspectral THz holography is associated with the low signal-to-noise ratio in registered data. This noise problem was solved by filtering with use of modern block-matching algorithms (BM3D) based on nonlocal similarity of small patches of images existing in investigated objects. These algorithms were adapted to special case of THz hyperspectral data and, thus more powerful denoising was provided. The filtration was applied to different types of THz hologramm representations and gave an appropriate image quality improvement. Different types of widely used THz holography registration systems with different noise distribution nature (Gaussian and Skellam noise model) were also investigated.

Maksim Kulya is originally from Russia. He received his B.Sc., M.Sc. and Candidate of Science degrees in photonics and optical information technologies in ITMO University, Saint-Petersburg, in 2008, 2010 and 2014 respectively. His research interests are currently focused on digital holography, imaging and singular optics in terahertz frequency range. He has coauthored 20 reviewed journal papers and 30 conference proceedings.

The doctoral dissertation of M.Sc. Maksim Kulya in the field of Computing and Electrical Engineering titled Computational hyperspectral terahertz holography will be publicly examined in the Faculty of Information Technology and Communication Sciences at Tampere University at 12 o'clock on Friday 5 March 2021.  The Opponent will be Dr. Konstantinos Falaggis from University of North California at Sharlotte, USA and Dr. Lu Rong from Beijing University of Technology, China.