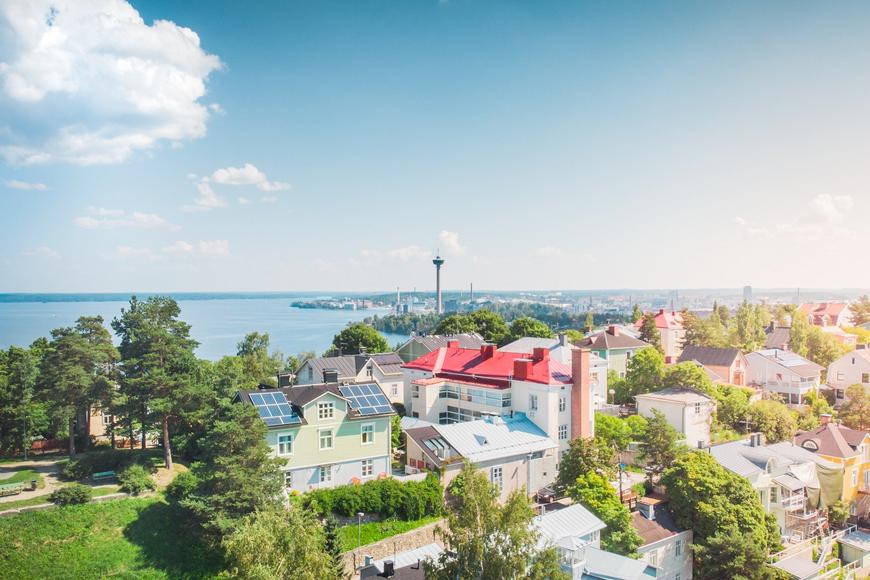 Get inspired by Tampere!

The city of Tampere with its nearly 240 000 inhabitants is the third largest city in Finland and the largest inland city in the Nordic countries. According to many surveys, Tampere is Finland’s most popular city. A student population of almost 50,000 contributes to the city’s active and vibrant atmosphere. Residents enjoy a high standard of living thanks to the city’s beautiful lake surroundings, efficient infrastructure and compact size. A place with all the essentials and a unique lack of pretention, Tampere is a great place to live and study.

Tampere hosts 8000 festivals and events each year, and many of them take place during the summer months.

Tampere Theatre Festival is the oldest and the largest professional theatre festival in the Nordic countries. The festival is spread around Tampere in several locations with a very varied programme. The Theatre Festival includes a carnevalistic Great Nocturnal Happening, when different co-operative parties, such as associations, companies, parishes and the City council itself arrange happenings and events around Tampere. The next Tampere Theatre Festival will be organised just before Tampere Summer School, 1 - 7 August 2022.

Top tips for other free-time activities

Did you already check out our Tampere Summer School Social Programme? In addition to the official programme, there are plenty of other things to do while in Tampere!

One of the most unique experiences you can get it in Finland is to visit a public sauna. Finns love their saunas - there are over three million saunas around the country! Tampere is sometimes called the sauna capital of Finland with its popular public saunas. Rauhaniemen kansankylpylä and Kaupinojan sauna are located next to the Näsijärvi lake and offer the possibility to dip in the lake during the sauna experience. Rajaportin sauna is the oldest public sauna in Finland, opened in 1906. At Rajaportti you will not be needing your swimming suit.

Tampere has many interesting museums to visit. Some of them (Museum Centre Vapriikki and Moomin Museum) might be already included in the social programme, and they are definitely worth a visit by yourself if you cannot make it during the social programme. If you are interested in art, Tampere art museum and Sara Hildén art museum offer a variety of collections from early 19th century Finnish art to a range of contemporary art, including installation art and photography. If you want to know more about the social and workers' history of Finland and Tampere (sometimes called "the Manchester of Finland" because of its factories), the Finnish Labour Museum Werstas is the place to go - and admission is always free! In addition, Amuri Museum of Workers' Housing, located in 19th century wooden houses right by the city centre, shows how people used live in Tampere during the industrialisation. For those interested in the history of Russia and the Soviet Union, Tampere offers the world's only Lenin museum left outside Russia, located in the building where Lenin and Stalin met for the first time.

Only a short walk from the centre you can find Särkänniemi amusement park with a lot of activities and amusement rides and even a small animal park. If your stomach cannot handle the rides, you can always just go see the place, play some games and enjoy your day.

If you are looking for something more active and maybe even a bit extreme to do, Flowpark is the right option. Flowpark is a cool adventure park where you can test your courage and strength climbing through the adventure tracks high up between trees. Flowpark is located in the Pyynikki area right next to the Pyhäjärvi lake so you can also enjoy the lake views from the treetops.

In addition to public saunas, Tampere is known for its flea markets and second hand stores. There are more second hand stores per capita in Tampere than anywhere else in Finland. The stores are mostly scattered around the city centre, and the largest ones can be very busy in the weekends and afternoons.

One activity that many Finns love to do in the summer is playing mini golf. There is a fun mini golf place Manse Rata Golf near the centre close to Pyynikki and Rosendahl beaches where people sunbathe and relax in the summer. The mini golf has three different tracks with different prices.

Usually the Finnish summer is quite erratic and you never know if it’s going to rain or shine. For the rainy days a good choice of action is the movies. There are three movie theatres in Tampere centre. Finnkino has two theatres, Plevna and Cine Atlas, and the small independent cinema Niagara shows more unusual films in addition to the latest releases.

What would be trendier than solving the mysteries of an escape room? There several different escape rooms in Tampere offering different kind of stories and riddles to solve. This is another great option for the rainy days.

Why not explore other parts of Finland while here? Due to Tampere's central location, other major cities like Helsinki and Turku are very easy to reach from Tampere. From Helsinki or Turku, it is also easy to visit Tallinn or Stockholm by boat.

If you are interested in hiking, there are several marked trails and national parks near Tampere. Some of them are accessible by public transportation, others only by car.