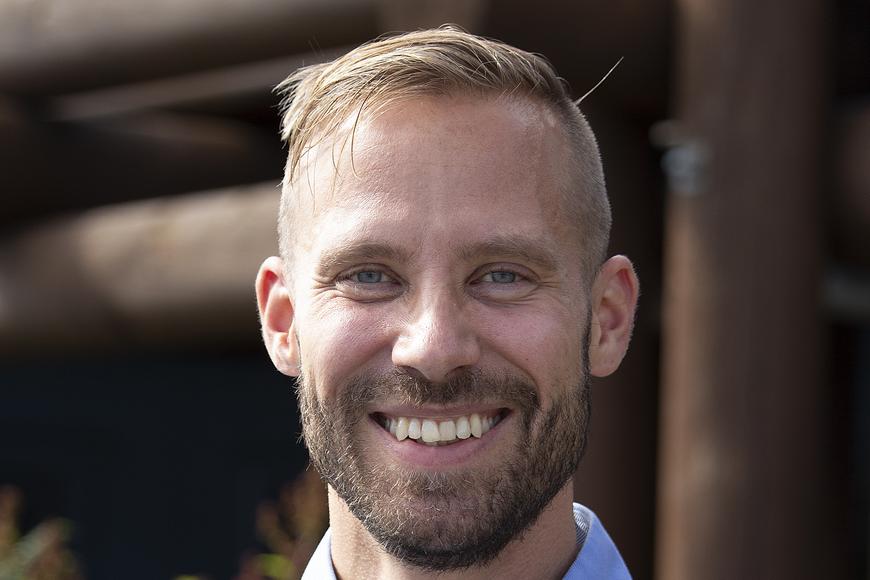 Tommi Kankkunen’s, 41, way from TAMK to the director of Europe’s largest goldmine went through many cities and duties.

It is the time of the year when first snow has landed in Lapland. Many are already waiting for the skiing season in Kittilä, which is located in the armpit of the Finnish Maid. One of them is Tommi Kankkunen, who recently started as the director of Europe’s largest goldmine.

“There are great outdoor terrains and sports possibilities. I like the pace of life here. I considered myself as a city dweller but I have changed my mind.”

The nature in Lapland offers many possibilities for the sporty Kankkunen but so does the work at the Canadian AgnicoEagle mine. The new work in the saddle of the goldmine with approximately 1,000 employees and contractors is inspiring.

“We have exceptional ore resources and large extension investments on the way. I have the possibility to learn about the new industry but on the other hand, challenges related to safety, cost-effectiveness and quality are familiar to me.”

The mine, which opened in 2006, produces about 6,000 kilos of gold annually and has an exceptionally long life cycle. It seems that the ore resources will last until 2035.

Kankkunen, who comes from Kuopio, started his process engineering studies at TAMK 20 years ago in autumn 1998. He praises Tampere as a student city.

“Physics laboratories come first to mind. They were challenging. I liked studying but it was balancing as I worked quite a lot.”

When graduating, Kankkunen did not have a clear picture of what he wanted from working life or what he even liked. His road to goldmine director went through many cities and different duties.

“You shouldn’t worry if it’s not clear what you want to do when graduating. My thoughts of what I like and want to do started to clear up in my first jobs.”

To a factory manager in a couple of years

Kankkunen found his first education-related work some time after graduation at Kemira Factory in Oulu. The work as a foreman kept him in the city for five years but after that cities and towns have changed fast.

“People often become stuck in one place but a factor that has enabled my career development has been my willingness to move.”

Kankkunen rose to factory manager in a couple of years, first in Siilinjärvi, then in Joutsano and Kuusankoski and finally in a larger factory in Äetsä. Along with accumulating experience he noticed that he is in his element when leading people and organisations.

“I wasn’t that interested in technology after all. It could be a good idea to focus more on business also in engineering studies. I learnt it the hard way.”

And Kankkunen apparently learnt it well as in 2013 he became Kemira’s director of European paper chemical production in Frankfurt. For some time he led a factory in Austria in addition to his other duties.

“I’m single but three families moved from Finland to Germany at around the same time and moving was no impediment to them either. Everything usually turns out well.”

In 2016-2017 Kankkunen worked as director of Kemira’s European production chain management for about a year. He mainly worked in Helsinki and Poland and was in charge of logistics, purchase chains and customer service. He however wanted back to a more operative work.

“I had worked at Kemira for a long time when AgnicoEagle asked my interest in a new job. I thought that I could consider other options too. Kemira offered me brilliant development and career possibilities but at some point you also need to see other companies.”

Kankkunen is proud of talking about his new job and its operational culture and values. The director tells that the company knows its environmental responsibility and has just invested 20 million euros in a sewage treatment plant which cuts by halve the mine’s sulphate emissions.

According to Kankkunen, the company cooperates closely with the local community. Some employees are recruited from elsewhere but about 90 per cent of employees come from Lapland.

“We have a culture of using first names and we genuinely care about our employees’ wellbeing. I like that the company has sound values.”