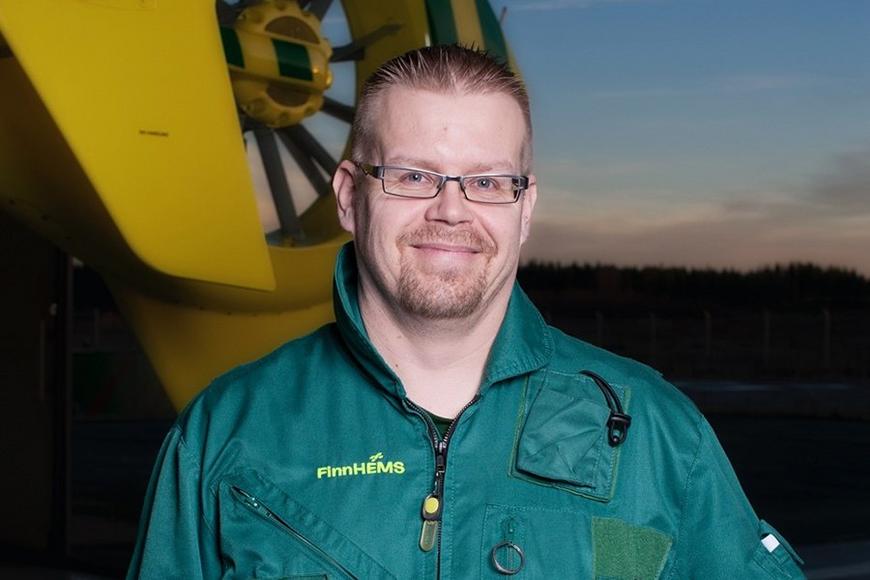 Out-of-hospital emergency medical services (EMS), also known as prehospital EMS, typically refer to the delivery of medical care at the site of the adverse medical event.

The thesis is based on four original publications. The first studied the long-term outcome of 483 critically ill or severely injured patients treated on-scene by EMS physicians over a five-year (2007-2011) period (I). The patients’ one-year mortality was 35 % and good neurological recovery (defined as the ability to live an independent life) was found in 55 % of the patients. After the incident, 85 % of the long-term survivors as well as most of the patients in the younger age groups (below 60 years of age) recovered well neurologically.

To evaluate the role of EMS physician involvement, the prehospital treatment and outcomes of patients with severe TBI from 2005-2010 and 2012–2015 in two study locations (the Helsinki and Uusimaa region and in Pirkanmaa region in Finland) were determined in three different scenarios: paramedic- versus physicianstaffed EMS (II), before and after the introduction of physicians into paramedic EMS (III) and pooled data considering the effect of an on-scene physician on the TBI patients’ outcome (IV).

The data covering 2011 were excluded as a physicianstaffed HEMS was implemented in the Pirkanmaa Hospital District that year and had a significant impact on the local EMS. When two regions with differently structured EMS systems were compared, the mortality was lower with EMS physician present on-scene, and the EMS system without EMS physician remained as a risk factor for mortality in the multivariable analysis after the patients were adjusted by age (II).

Based on these findings, the gathered TBI patient data were further analysed with a binary logistic regression analysis (IV) as the mortality data for 651 patients and neurological outcome data for 634 patients were available for analysis.

In the univariate analysis, increasing age, lower on-scene Glasgow Coma Scale (GCS) and prehospital treatment without the presence of EMS physicians were factors associated with higher mortality. In a multivariable analysis, these variables, with the addition of hypotension, remained significant factors for mortality.

Factors associated with good neurological outcomes in the univariate analysis were lower age, higher on-scene GCS and the presence of an on-scene EMS physician. In the multivariable analysis, all these factors remained significant for good outcomes, while hypotension was associated with poor outcomes.

The doctoral dissertation of medical specialist Toni Pakkanen in the field of anaesthesiology and intensive care medicine titled The Impact of Emergency Medical Service Physicians on Patient Outcomes: With a focus on prehospital traumatic brain injury will be publicly examined in the Faculty of Medicine and Health Technology at Tampere University on Friday 23 October 2020 starting at 12 o'clock in Arvo building auditorium F114, Arvo Ylpön katu 34. The Opponent will be docent Mika Valtonen from University of Turku. The Custos will be Professor Arvi Yli-Hankala.