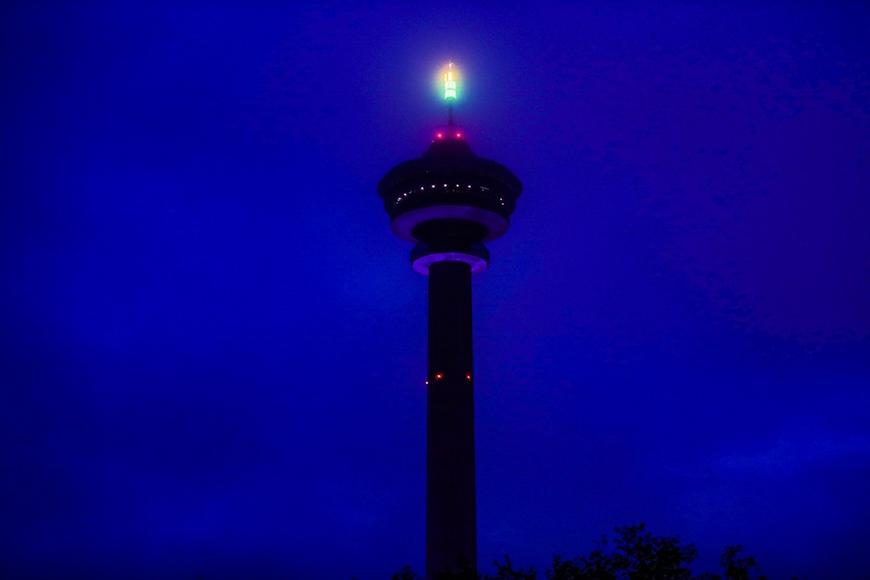 In honour of the opening week of the Tampere Universities community, famous buildings and landmarks in Tampere are bathed in purple this week.

The Näsinneula observation tower was illuminated on Monday. On Tuesday, the Tampere Hall, the Naistenlahti power plant, and the Tammerkoski rapids and dam bridge will follow suit. The lighting is at its most beautiful when it is just getting dark outside.

The University’s colour is also prominent in the venues of the opening week. The indoors of campus buildings are illuminated during the events. For example, the facade, the main foyer and Café & Aula Toivo in Päätalo, the main foyer of Tampere University of Applied Sciences and the foyer of Sähkötalo on the Hervanta campus will be lit. Tampere University’s signature colour will also be used in the Klubi and Pakkahuone restaurants during the all people’s Sitsit and students’ party on Wednesday.

Some opening week events are for the members of the Tampere Universities community, but many events are also open to the public.

Vistit the programme of the opening week