Risto Turunen: Shades of Red: Evolution of the Political Language of Finnish Socialism from the Nineteenth Century until the Civil War of 1918 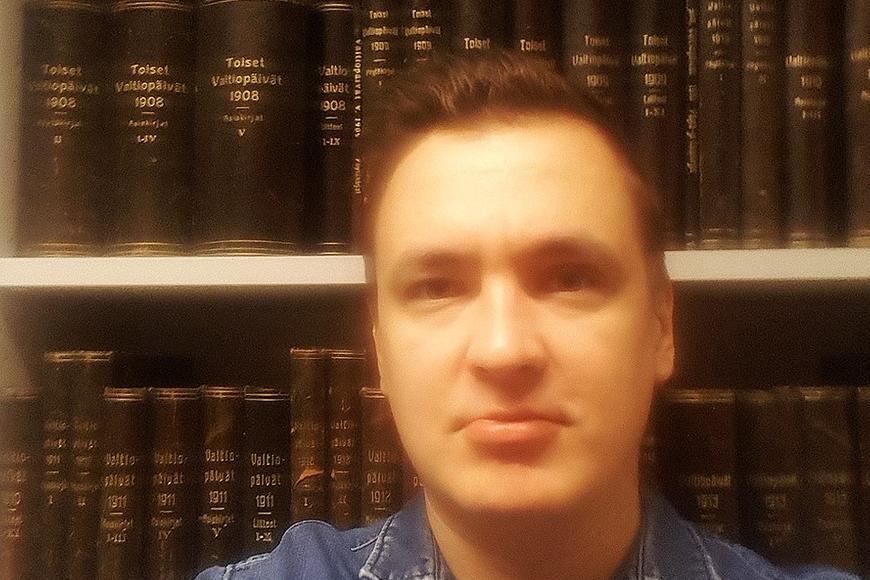 The thesis of M.A. Risto Turunen studies the political language of Finnish socialism from the nineteenth century until the Civil War of 1918. Socialist movements sprang up throughout Europe during this phase, but the largest socialist party emerged in the Grand Duchy of Finland. The research objective is to understand the ideological complexity of the most powerful political language of its era.

The main research questions focus on the evolutionary characteristics of socialism: (1) how does it change over time (2) what are the ideological similarities and differences between the top and the bottom of the labour movement and (3) how does socialism relate to other political languages of Finnish modernity?

The questions are answered by reading handwritten and printed newspapers manually and computationally. The selected sources extend the scope of the history of ideas qualitatively from the elite thinkers to the common people and quantitatively to datasets so vast that they elude mere human cognition. Methodologically, the thesis introduces simple computational tools from corpus linguistics (word frequencies over time, collocations and keyness analysis) to a field traditionally dominated by qualitative approaches.

The analysis of digitized labour newspapers showed that the macro-narrative of socialism remained relatively stable, whereas its conceptual profile changed considerably over time. The socialist narrative divided the population into two collective singulars based on economics, maximized the misery in the narrative setting and explained the relation between the characters and the setting with one-dimensional causality: it was the “system” that dictated the flow of events.

The political language of socialism was not autonomous but evolved in accordance with its complex societal environment. The first phase in the mid-1890s was dominated by many conceptual loans from European liberalism, whereas the turn of the twentieth century shifted the focus towards the conservative canon. The General Strike of 1905 made the political language of socialism more independent in relation to its competitors. Nothing fundamentally new was invented during the revolutionary era of 1917–1918, which highlighted the extreme features of Finnish socialism such as aggression towards political opponents present since the General Strike, disappointment with the reformed but dysfunctional parliament and the idea of profiteering as the primary cause of the proletarian misery publicized during the First World War.

Based on the handwritten newspapers, diachronic evolution was not as clear at the grassroots of the labour movement, and ideological disputes that were considered important at the top of the labour movement had little relevance. The working people contributing to the papers constructed a political language of socialism suitable for their local environment. Nevertheless, careful close readings indicated that the stark contrast between enlightened socialism at the top and emotional socialism at the bottom of the labour movement is a product of scholarly imagination: many grassroots conceptualizations of political hatred that may appear superficially “authentic” were actually copied from the printed word.

Comparing the political language of socialism to its ideological rivals brought to light that Finnish socialism, including its rank-and-file adaptation, formed one branch in the great tree of modern political languages. Its obsessive causality can be read as the opposite of conservative Christianity, for it sought to extend the realm of the known at the expense of the divine mystery. Its spatial expansion of proletarian imagination can be seen as a continuation of the nationalist project from the nineteenth century, for the Fennoman nationalists had taught the common people to imagine fellow citizens and oppressors outside the local community.

From the conceptual perspective, the nationalist introduction to politics backfired in the long term; the conceptual system of Fennoman nationalism could be mobilized in the service of socialism with slight modifications, e.g. changing national awareness to class consciousness, linguistic oppression to economic oppression and the majority of the Finnish-speaking people to the majority of the working people.

Socialism resembled liberalism in its unquestioning faith in progress, but the socialist temporality redefined the relation between the expected and the observed: the higher the expectations of the future were loaded, the more critical the observations on the nature of the contemporary reality became. Its excessive causality, spatiality and temporality perhaps make socialism the most “modern” variant of Finnish modernity. Shades of Red has shown that in order to tame the breadth and depth inherent in any modern political language, macroscopic approaches that shift the scholarly focus from the isolated to the general and from the extraordinary to the repeated are needed.

The doctoral dissertation of M.A. Risto Turunen in the field of history titled Shades of Red: Evolution of the Political Language of Finnish Socialism from the Nineteenth Century until the Civil War of 1918 will be publicly examined at the Faculty of Social Sciences of Tampere University at 12 o'clock on Thursday 22 April, 2021. Professor Holger Weiss from Åbo Akademi will be the opponent while Professor Pirjo Markkola will act as the custos.

The dissertation is published only in print.