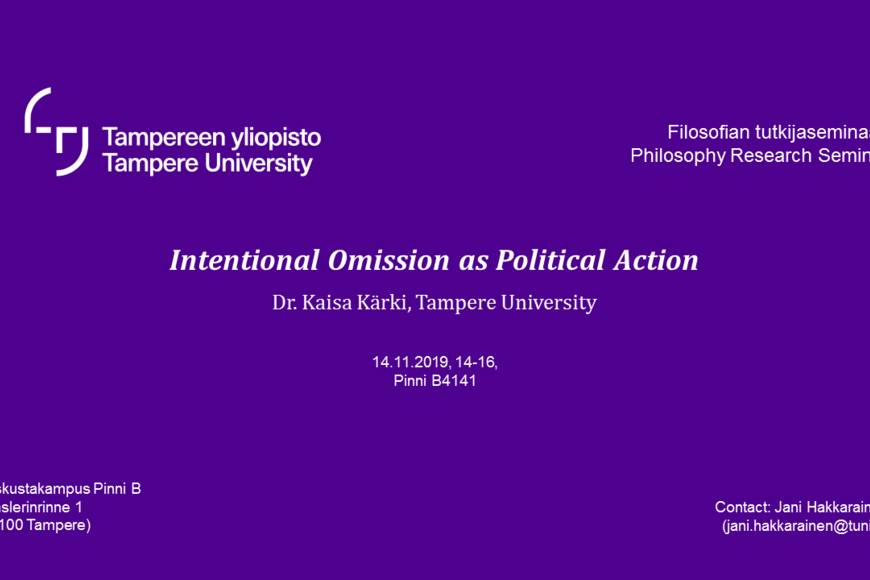 Dr. Kaisa Kärki will give a talk with topic "Intentional Omission as Political Action"