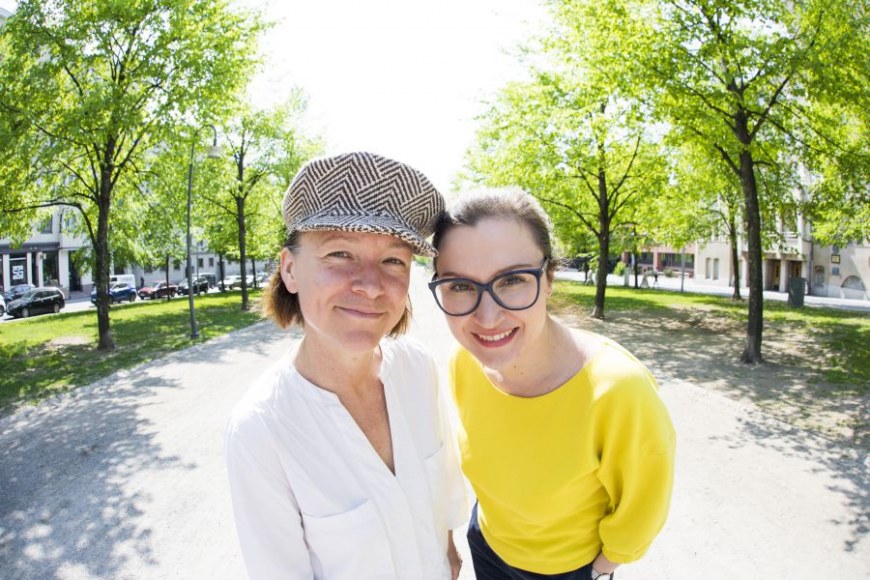 Researchers Zsuzsa Millei and Nelli Piattoeva are working at the project that collects the memories and experiences of children who grew up during and immediately after the Cold War. “With the help of memories, we can tell something new about how societies operated during the Cold War."
Childhood experiences from the Cold War are being shared across the old Iron Curtain. Sharing memories is one way of building connections between people in periods of geopolitical tension.

The Cold War ended with the dissolution of the Soviet Union in 1991, but the generations that grew up during it carry the time of extreme political, social and economic antagonisms in their childhood memories.

Researchers at Tampere University are conducting a research project titled Re-Connect/Re-Collect: Crossing the Divides through Memories of Cold War Childhoods funded by the Kone Foundation. The project collects the memories and experiences of children who grew up during and immediately after the Cold War.

The purpose is to find connections between former opponents and to create more complex understandings of the Cold War era, which has been described in a rather simplistic manner in the past.

“With the help of memories, we can tell something new about how societies operated during the Cold War. Existing historical research tells little about other aspects of children’s everyday life besides the ideological one,” says Zsuzsa Millei, associate professor of early childhood education at Tampere University.

In addition to Millei, Associate Professor Nelli Piattoeva from Tampere University and Professor Iveta Silova from the United States (Arizona State University) work in the project.

The multidisciplinary study provides insight on how children receive ideologies and how they interpret and transgress them. According to Millei, children today live in as ideologically charged environments as those who grew up during the Cold War even though we are less attentive to it. Adults convey values and ideologies to children as they raise them, such as to be independent or to achieve high on competitive tests, which are values of liberal democratic and capitalist societies.

“We, as a society, think that because children are so young, they are not politically aware, but they are. Right now, they are worrying about things like climate change and expressing their opinions by protesting,” Millei explains.

Cold War memories offer a powerful lesson for the present.

“World politics is currently shifting towards the extreme right and populism. We need to be aware of how children are interpreting and understanding those ideas,” Millei notes.