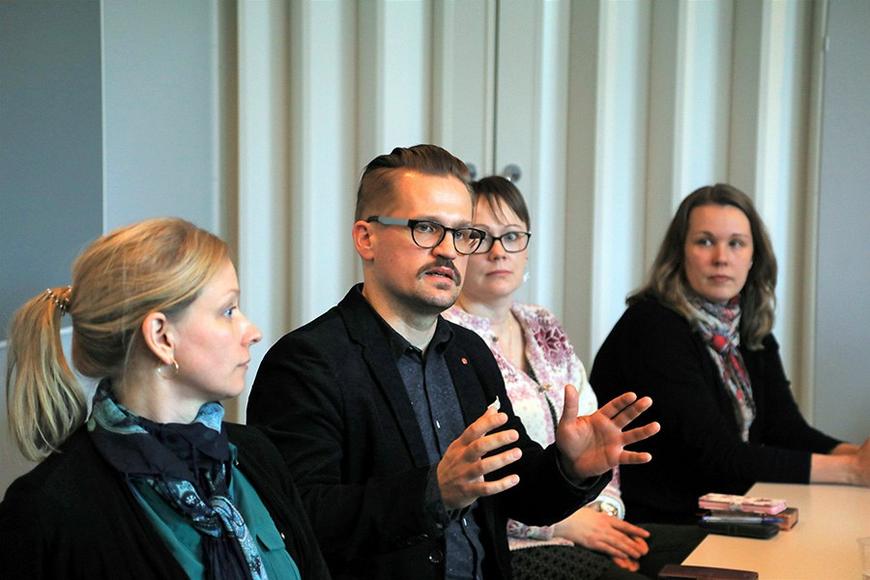 The National Library’s Customer of the Year 2019 is the working group behind the Translocalis database. Coordinated by Heikki Kokko, the work of the group is part of the Centre of Excellence in the History of Experiences (HEX), which is led by Pertti Haapala at the University of Tampere. HEX is in the Academy of Finland’s Centre of Excellence programme for the period 2018–2025.

The Translocalis database is the digital history project of the HEX Centre of Excellence. Kokko’s working group has used the newspaper datasets digitised at the National Library for several years in different ways. The group focuses on local letters published in newspapers in the 19th century, a form of interactive media of the time. The letters were reports by contemporaries submitted to the newspapers, in which the authors described the situation in their home towns, including things like crop yields or events. They could also feature opinions on broader social themes. These letters were crucial content for many newspapers.

“We are especially humbled by this recognition because the National Library is the most important institution of digital history in Finland. The new resources and analysis tools the Library provides help us create completely new kinds of information, particularly on the history of the 19th and 20th centuries,” praises Kokko.

The group has compiled the newspaper data in the digi.kansalliskirjasto.fi service into the Translocalis database, which opens new analysis opportunities for the material. The most significant aspect of Translocalis is that the local letters in the database are the first large body of source material written by the Finnish-speaking populace itself. In the future the intention is to open the database to both researchers and history enthusiasts, so that the material will be openly available according to the principles of open science.

With the Customer of the Year award, the National Library wants to recognise the producers of the Translocalis database as active users of the Library’s resources who are developing these resources into new formats while creating important and interesting research. The National Library of Finland wants to use the Customer of the Year award to highlight the important work done by the customers who use the Library’s resources and services. The award recipients may be individuals, research groups or organisations.

Centre of Excellence in the History of Experiences

Digital resources of the National Library of Finland