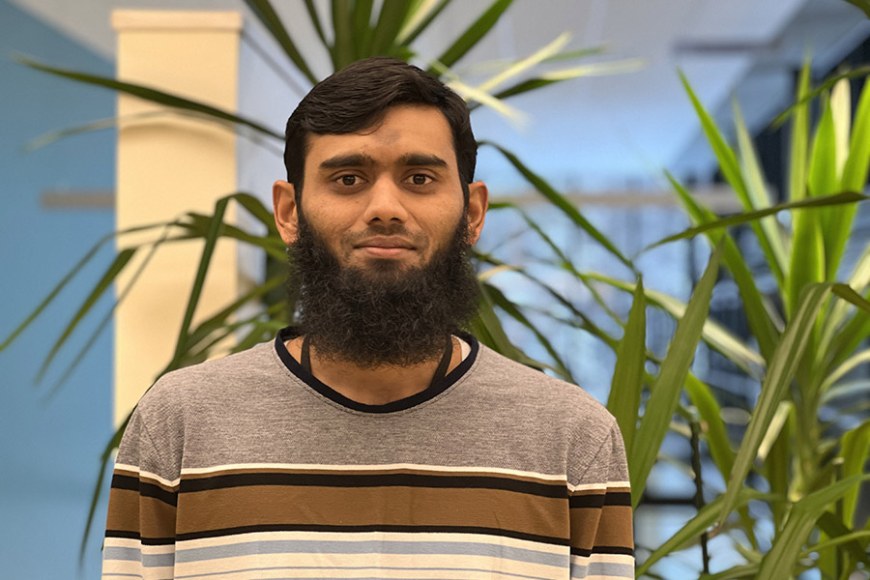 Scientists with diverse expertise around the world are still trying to understand how DNA sequences, the blueprint of life, are understood and executed. Finding the various factors imprinted in the DNA that affect gene regulation helps to understand genetic disorders and to find means to mitigate their effects. In his doctoral dissertation, using the bacteria E. coli as the model organism, Mohamed Bahrudeen found some answers for how gene activity is affected by the local DNA structure. He used biophysical approaches combined with computational simulations to answer these fundamental questions.

First, Bahrudeen answered the question about how a gene transcription mechanism affects phenotypic diversity in cell population. He also found out how the activity of genes is affected if they are located within a local topological barrier. After that he solved how the genes' expression changes if they have multiple regulatory sequences near them. Finally, he cleared up how the E. coli gene network regulates genes' response to environmental perturbations.

The results of this work will support building better predictive models of gene regulation, which would improve our understanding of cellular regulation.

“Having a broad idea about how various factors affect the expression of genes may help researchers to find novel solutions to target diseases better and reduce side effects”, Bahrudeen says.

Mohamed Bahrudeen is originally from India. In 2015, he came to Tampere University as a master’s student in Biomedical Engineering. He started his research career as a master's thesis researcher at the Laboratory of Biosystem Dynamics led by Professor Andre Ribeiro. After completing his master's degree, he continued his doctoral studies in the same research group.

After completing his doctoral degree, Bahrudeen will continue his research work as a Bioinformatician in the Functional RNAomics laboratory led by Minna-Liisa Änkö at Tampere University.

The doctoral dissertation of MSc Mohamed Bahrudeen in the field of Single-Cell Systems Biology titled Regulatory mechanisms of gene transcription in Escherichia coli will be publicly examined at the Faculty of Medicine and Health Technology of Tampere University at 12 o’clock on Friday, 3 February, 2023. The venue is Arvo building auditorium A109, address: Arvo Ylpön katu 34, 33520 Tampere. The Opponent will be Senior Lecturer Dr. Philipp Thomas from the Imperial College London, UK. The Custos will be Professor Andre S. Ribeiro from the Faculty of Medicine and Health Technology.

The the event can also be followed by remote connection

The dissertation is available online.