Mirja Niskanen: A Zebrafish Model for Developing Vaccines against Tuberculosis 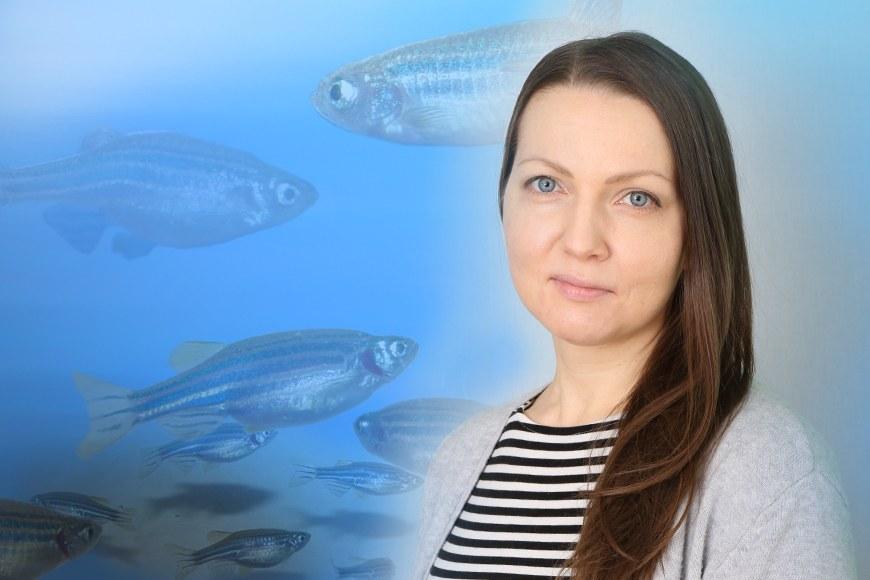 The doctoral dissertation study of M. Sc. Mirja Niskanen showed that an adult zebrafish- M. marinum infection model, and the developed dexamethasone-induced reactivation model are feasible for testing the effectiveness of novel DNA vaccines. As the genomes of M. tuberculosis and M. marinum are highly similar, the M. tuberculosis homologues of the identified promising antigens are potential targets for developing novel vaccines and drugs against tuberculosis.

Tuberculosis (TB) is one of the most serious diseases worldwide, leading to the death of 1.5 million people annually. According to the World Health Organization, every year, 10 million people are infected by Mycobacterium tuberculosis, the causative agent of tuberculosis. Depending on the strength of the immune system, the infection develops into a granulomatous pulmonary disease, which can be progressive or is controlled by the immune system to maintain latency. An estimated 1.7 billion people have an asymptomatic latent TB, having a 5-10% risk of developing the active disease in their lifetime.

The only licensed tuberculosis vaccine, the Bacillus Calmette Guérin, which was developed already in the 1920’s, protects only against severe forms of tuberculosis in infants. Currently, there is no vaccine available that effectively prevent tuberculosis in adults or the reactivation of a latent disease. The latest vaccine research focuses on safer immunization approaches, such as subunit vaccines, which do not contain live particles of the pathogen.

Despite the long history of tuberculosis research, our understanding of the exact mechanisms of the diseases at the cellular level and the complex interactions between the bacilli and the immune system remain incomplete.

One of the challenges in tuberculosis research has been a lack of appropriate animal models. A zebrafish (Danio rerio) model, based on an infection with Mycobacterium marinum leading to a disease, which resembles the main features of human tuberculosis, was utilized in this thesis. It is known that in an experimental set up, a high dose infection with M. marinum causes a progressive disease, whereas a low dose infection leads to the formation of a latent infection in adult zebrafish. In this study, it was shown that by suppressing the fish immune system with dexamethasone, the latent infection can be reactivated.

The main goal of the thesis was to identify novel vaccine antigens to prevent tuberculosis. To this end, potential antigens were selected based on the literature and on a transcriptomic level analysis performed with in vitro reactivated M. marinum samples. In total, 22 different genes were tested as DNA vaccines. Seven of these were derived from reactivation-associated genes identified using the transcriptomic analysis and 15 genes were selected from the literature. 16 antigens were tested against the primary infection, and four (cdh, PE5, PE31 and RpfE) showed protection in a bacterial count analysis after 4 weeks of infection. Furthermore, the RpfE-derived antigen enhanced survival in a 12-weeks follow-up. Correspondingly, the preventive effects of 15 antigens against reactivation were tested with the dexamethasone-based reactivation method. With this model, three antigens, namely RpfB, MMAR_4207 and MMAR_4110, inhibited reactivation.

The thesis showed that an adult zebrafish- M. marinum infection model, and the developed dexamethasone-induced reactivation model are feasible for testing the effectiveness of novel DNA vaccines. As the genomes of M. tuberculosis and M. marinum are highly similar, the M. tuberculosis homologues of the identified promising antigens are potential targets for developing novel vaccines and drugs against tuberculosis.

The doctoral dissertation of M. Sc. Mirja Niskanen in the field of experimental immunology titled A Zebrafish Model for Developing Vaccines against Tuberculosis will be publicly examined at the Faculty of Medicine and Health Technology of Tampere University at 12 o'clock on Friday 26 February, 2021. Professor Anu Kantele from University of Helsinki will be the opponent while Professor Mika Rämet will act as the custos.