Matti Mahlamäki: Money talks and horses takes you places – the cultural meanings and fields of harness racing, betting, and horse husbandry in journalism and as operational environments for people working in the equine business 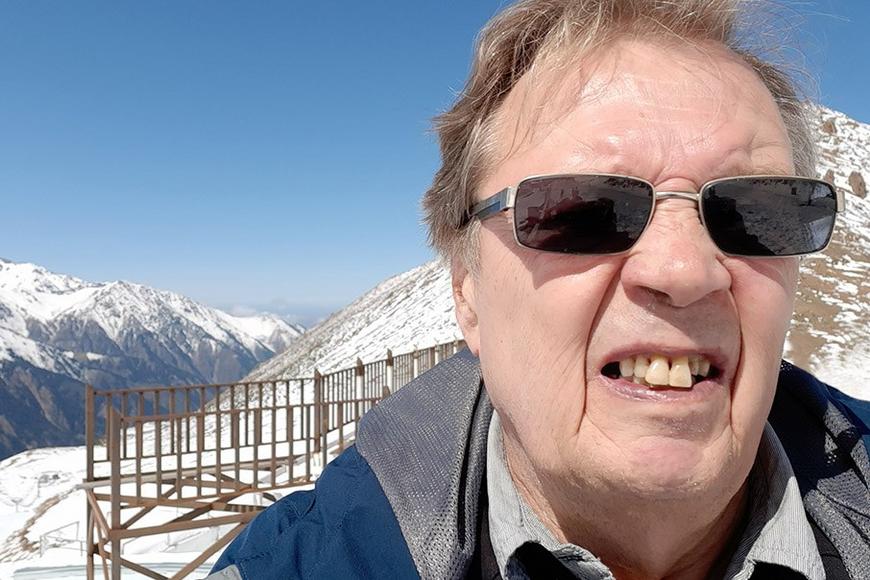 The doctoral study of M.Soc. Sc. Matti Mahlamäki has two main objectives, which were crystallized as the research project commenced. The first objective is to examine the cultural meanings and fields in Finnish harness racing, horse betting (gambling related to horses) and horse husbandry (activities, which are relating to the horse and/or its operational environment) – as well as the role of journalism in this development.

Mahlamäki thus aims to provide a general view of the changing meanings contexts as operational environments for those working in the equine business. The second objective is to examine by means of chosen case studies and analysis of structural change in Finnish gambling field 2017, what kinds of concrete debates and struggles over meanings concerning horse betting were emerging in Finnish public sphere. Altogether, the goal of this study is to portray also how those affected by the boom of horse racing and gambling have acted and survived in the public field in the middle of intensive debates between political and civil society actors over functions and meanings of horse husbandry as well as betting.

The empirical core of the study is in the analysis of the four case studies and structural change in Finnish gambling field 2010s: (1) the introduction of gambling in Finnish harness racing in 1928, (2) the breakthrough seasons of equine sports and parimutuel betting from 1955–1966, (3) the trotting crisis of 1982 – a battle over the games and cash flow of the equine sports field, (4) the two week-long media war of 1998, when the equine businesses used PR-services for controlling public sphere in the battle over publicity in the gambling field and 5) the fusion of Finnish gambling actors.

Through these cases and analysis, the major turning points of horse husbandry and especially harness racing are examined. The main components of the case analysis are magazine articles (614 articles in total) and the main method is media monitoring, including quantitative content analysis. The magazine material is categorized according to four different dimensions: narrative structures, targeted audiences, primary positions on the function of (horse) gambling and taxation, and thesis analysis. In the analysis of Finnish gambling field 2017 Mahlamäki utilizes statistics and close reading.

The main element that structures the case studies, analysis of changes in Finnish gambling field 2017 as well as the entire study, is built upon the tension between civil society and public policy. Harness racing, trotting, and the breeding of racehorses represent civil society, whereas the regulation of harness racing and horse betting, and the regulations of the functions of horse breeding are situated in the realm of the state. Elements arising from this tension are visible in all of the results of this study. The most central result is related exactly to battle between civil society and public power concerning domination in horse husbandry field. There is noteworthy in Mahlamäki's study the condensation in the relationship between state and horse husbandry field especially comparing it to other sectors in civil society. That condensation and political intensities in horse field – sport, breeding and gambling – have linked together with close bandage the actors in civil society’s horse field and in public policy. The state has had for the most part dominance related to meanings in horse husbandry field.

Based analysis in Mahlamäki's study it appears, that even the EU-member Finnish state is not (even in spite of globalization) losing power in harness racing, horse betting or horse husbandry. The situation is rather vice versa: The Finnish horse husbandry and its central sectors, harness racing and horse betting, are in the end of the 2010s mostly moved from civil society’s sector back to close control of public power.

The public power was the dominant actor in the Finnish horse husbandry field until 1960s. It defines in the field of horse breeding, what kind of horses will be produced. When the public power prefers working horses, harness racing dedicated mostly to civil society. Until to the end of 1960s the public power utilized also horse betting regulation to block the popularity of harness racing: 1) The low amounts of turnover to punters blocked increase and popularity of horse betting and 2) When the state focused its own amounts of turnover only to promote the (working) horse breeding the modernization of Finnish racetracks and general promotion of harness racing happened in Finland 1900s later than in Western Europe.

The role of civil society strengthened in Finland in the beginning of 1970s in the fields of harness racing, horse breeding and horse betting. The state moved the control of horse breeding from its own officials to Suomen Hippos, the hybrid of civil society and public power. The changes concerning the regulation of horse betting in the beginning of 1970s allowed using the money from horse betting dedicated to state also to promoting of harness racing. Also, in 1970s Suomen Hippos added the assortment of horse betting and already 1974 there were betting productions, which were possible to bet also off-track in whole country.

However already in early 1980s there was starting in horse husbandry field a process, where public power took from sector to sector more significant role than earlier. That process culminated 2017 in fusion of Finnish gambling actors. From that point the Finnish public power is again almost in hegemonic position in Finnish horse husbandry field. The punters and all horse betting are managed by Veikkaus, betting company owned by Finnish state. The racetracks are modified to organizations, which are operating only by support of Finnish state and their purpose is to deliver betting productions to the stateowned gambling company. It seems so, that horse field’s dominancy by civil society and meanings articulating to it was temporary phenomenon, which was hardly connecting to dominance of harness racing in horse husbandry field. Its first signals appeared already in the end of 1960s, it was as strongest in the time of harness racing’s growth, from 1970s to depression in 1990s, and its prime time seemed to be over in the end of 2010s.

The results of the study in terms of gambling show that the foundations of the horse betting discourse have stayed the same through the years. The horse betting discourse has been a continuous battle between the meanings of sin, crime, morality, ethics and money. Of course, the positions of agents in the field of gambling have changed over time, as have the ongoing tensions and the variations of sin, crime and monetary gain associated with gambling. As a part of horse husbandry and culture as a whole the equine sports gambling discourse has been under constant change, but the foundations of each have remained the same.

The permanence of the horse husbandry discourse as a part of the gambling discourse is connected to the formation of identity of the actors in the field. The durable grammar of sin, crime, morality and ethics versus monetary gain is thus a tool used for the creation of identities for agents. This discourse is used by practitioners and authorities to dissociate the agents from other groups that public authorities try to control.

The permanency of the gambling discourse also creates a foundation for the similarities visible in the transformation process of the gambling field, especially from the point of view of its agents. In the beginning, gambling was articulated as an integral part of civil society when permitted by public policy: it was seen as part of culture, horses and sports.

However, as the fiscal significance of gambling continued to grow, it became directly connected to the public policy itself. The Finnish National Betting Agency’s (Veikkaus) transformation from a patron of sports to a sponsor of the arts and sciences during the 1950s is remarkably similar to the transformation of the Finnish Trotting and Breeding Association (Suomen Hippos), when it evolved from being the cornerstone of horse business to a sponsor of the Finnish welfare state in the 1980s. This is the third significant observation made in terms of gambling: in the battle over gambling’s ideological meaning, monetary gain surpasses morals and ethics, as long as there is enough profit. Thus, the pressure of monetary gain forces gambling organizations onto paths laid out by public policy.

The most recent display of similarity in the transformation of the gambling field was coming out during the autumn of 2016. The intent to unify all three Finnish gambling organizations into one new state-owned organization in 2017 came true. This operation proves that the strong control that public authorities have had over gambling continues to be powerful even in a globalized context. In the 21st century at the latest, gambling has become to be seen as an international problem, with various countries either claiming supranational freedom or national protectionism. The fusion of the organizations will create new positions for the agents of horse husbandry, still unknown and unrelated to previous articulations, the horse racing field and equine journalism. The fusion will verify the claim, made also in this study, that horse racing still has a significant function in the funding of a welfare state in the end of 2010s.

Equine journalism as such does not follow the trajectory of journalism in general: journalism has since the 1980s actively created its own journalistic discourse and voice, offering the agents of civil society and public powers a platform to discuss and communicate with each other. On the other hand to ensure public success, horse husbandry institutions have assumed presentations and procedures influenced by the media, and thus adaptation has affected not only equine journalists but also agents in the horse husbandry field, especially harness racing and gambling institutions.

At the end of this study, I speculate upon the future of horse husbandry, because in the 21st century the future is no longer as clearly predictable as it was when harness racing or gambling took over horse husbandry in the urban areas in the 1960s and 1970s. Horse husbandry as part of an urban lifestyle in the end of 2010s is related to spending time at the stables; stable activities are available in areas immediately.