Juha Kiiski: Surgical, Oncological and Reconstructive Outcomes After Complex Oncological Pelvic Resections: The Development of an Algorithm Based on a Multidisciplinary Approach 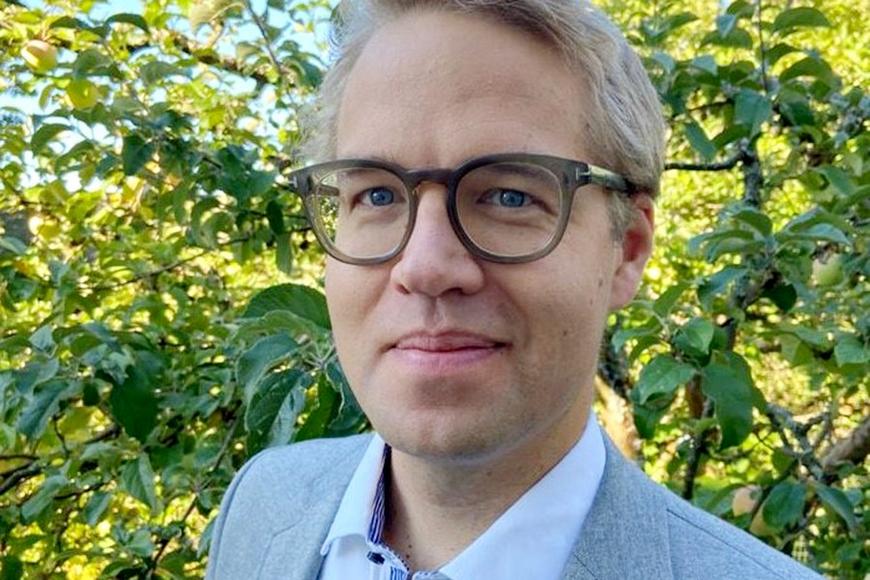 Pelvic tumours can originate from the musculoskeletal system (sarcoma) or from epithelial tissue (carcinoma) of the visceral organs or skin. Large and advanced pelvic tumours are extremely rare and they pose a significant surgical and oncological challenge due to their complex anatomical location. The majority of the malignant pelvic tumours can be treated with limb salvage pelvic resection or pelvic exenteration (PE), but most advanced or recurrent tumours will still require pelvic amputation (hindquarter amputation or hip disarticulation).

The aim of the thesis of M.D. Juha Kiiski was to evaluate the surgical, oncological and reconstructive results after surgical treatment of malignant pelvic tumours resulting in complex pelvic defects. The secondary aim was to create algorithms for the management of these rare tumours.

Study I comprised the retrospective evaluation of patients (n=21) undergoing sacrectomy for primary bone malignancy. The patients were treated with the following algorithm: Patients (n=5) with sacrectomy distal to the S3/4 level with a small soft- tissue defect did not require any soft-tissue reconstruction. The majority of the patients (n=11) with a moderate to large soft-tissue defect after tumour resection were immediately reconstructed with local gluteal flaps. The largest and most complex defects (n=5) were reconstructed in two stages: Tumour resection and spinopelvic fixation were performed in the first operation and the wound temporarily closed with a negative-pressure wound therapy device. Reconstruction was carried out at 7 days after a short recovery and rehabilitation period. There were no differences in complications between the immediate reconstruction or delayed reconstruction groups.

Study II was a retrospective chart review comprising 38 patients who underwent PE, with 26 total pelvic exenterations (TPE), 11 posterior pelvic exenterations (PPE) and 2 anterior pelvic exenterations (APE). One patient first underwent APE and later required a PPE for local recurrence. The 5-year overall survival (OS) was 48%. Lymph node metastasis (HR 3.1, p=0.027) and positive surgical margins (HR 3.9, p=0.009) were poor prognostic factors for OS. 71% of the patients experienced at least one complication during the follow-up. 69% of the patients had a flap reconstruction and all but one flaps were transverse myocutaneous gracilis (TMG) flaps. The following algorithm for pelvic floor and vaginal reconstruction was used: Bilateral TMG was indicated for patients who underwent TPE and requested vaginal reconstruction and for PPE patients whose vaginal resection was not only limited to the posterior wall of the vagina but extended to the lateral sidewall(s) as well. Unilateral TMG was sufficient for the remainder of the cases.

Study III consisted of the evaluation of a retrospective cohort of patients (n=12) who underwent pelvic amputation in three tertiary sarcoma units and required free flap reconstruction. All patients were reconstructed with a free fillet flap harvested from the amputated extremity. Three patients required reoperation due to vascular compromise. The flap survival rate was 92% as one flap was lost due to extensive arterial thrombosis. All the remaining flaps survived completely and provided stable coverage without hernias or other flap-related complications during follow-up. The 3-year OS was 58% (95%CI 26–92). 58% (n=7) of the patients were able to ambulate with crutches after the initial rehabilitation period and none of the patients remained confined to bed.

Study IV was a retrospective study of 136 patients who underwent hindquarter amputation (HQA) for sarcoma between 1996 and 2018 in a single tertiary referral hospital. Bone sarcoma was the indication for the majority of the patients (67%), whilst the remaining patients (33%) were operated on for a soft-tissue sarcoma (STS). 61% of the operations were primary surgeries and the remainder were salvage operations for tumour recurrence. The mean OS for bone sarcoma was 91 months (95%CI 64–117) and 90 months (95%CI 58–123) for primary and salvage surgery patients, respectively (p=0.727). The mean OS for soft-tissue sarcoma was 59 months (95%CI 31–89) and 13 months (95%CI 9.4–16) for patients undergoing primary and salvage surgery, respectively (p=0.038). The 30-day mortality for patients undergoing surgery with a curative intent was 0.8%. Six patients underwent palliative surgery and their outcome was poor, as two patients died within two weeks after surgery. 54% of the patients had at least one complication with 24% requiring re-operation.

In conclusion, malignant pelvic tumours are challenging to treat and are associated with a high morbidity. With careful patient selection and a meticulous multidisciplinary team approach low perioperative mortality can be achieved. Three different treatment algorithms were introduced for sacrectomy, PE and HQA. Pedicled TMG and free flaps provide feasible and reliable methods of reconstruction for complex pelvic defects after oncological resection. Palliative surgery should be considered with extreme caution.

The doctoral dissertation of M.D. Juha Kiiski in the field of plastic surgery titled Surgical, Oncological and Reconstructive Outcomes After Complex Oncological Pelvic Resections: The Development of an Algorithm Based on a Multidisciplinary Approach will be publicly examined in the Faculty of Medicine and Health Technology at Tampere University starting at 12 o'clock on Friday 18 September in Arvo building auditorium F114, Arvo Ylpön katu 34. The Opponent will be Professor Adrien Daigeler from University of Tübingen. The Custos will be Professor Ville Mattila.