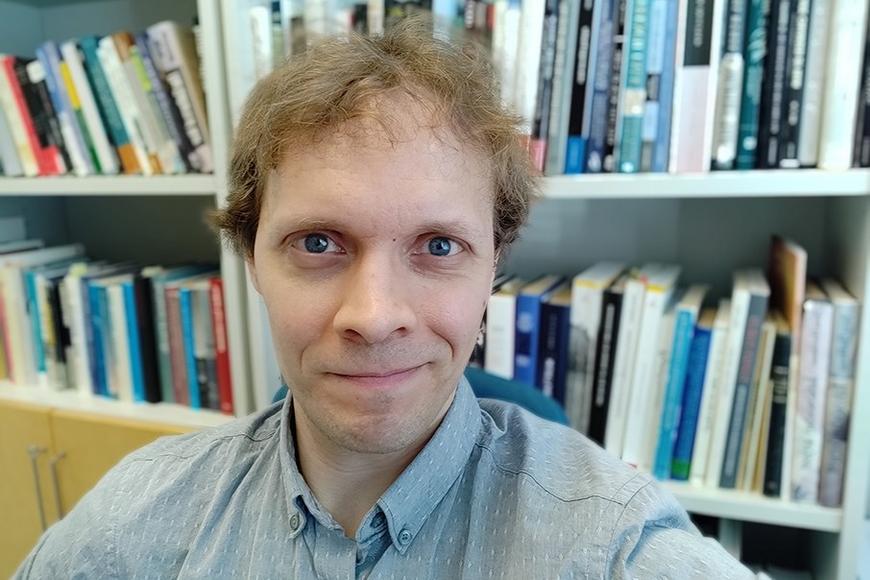 The doctoral dissertation of M.A. Ilari Taskinen is a study of Finnish soldiers’ letter relationships in World War II. The primary research questions are 1. How much and to whom did the soldiers write letters? 2. How did they build and maintain their relationships among the various people in their lives through the letter? The study centers on the comparison of three groups of soldiers’ letters: Taskinen analyses how the soldiers wrote to their family (mothers and wives), men (brothers and friends), and female penpals.

The study is a socio-cultural history of intimate relationships, and its theoretical framework is in the concept of intimacy. Its premise is in the recently emphasized notion that people nurture their relationships in multiple ways and that in the course of everyday life, sharing routines and mere spending time together is much more common and important for relationships than self-disclosure that is stressed in popular culture.

In the study, Taskinen analyses the various dialogical, symbolic, and habitual intimate practices that soldiers utilized in their letter relationships. This theoretical framework, which challenges cultural historical letter research that has typically concentrated on the dialogical writing of letters, is particularly suitable for the analysis of wartime letters because during the war the letter became exceptionally a medium of everyday communication for close family members. The main material of the study consists of 70 letter exchanges from the wartime letter collection of Tampere University Folklife Archives, which holds a collection of c. 57 000 letters from World War II Finland.

The analysis consists of two parts. In the first empirical chapter Taskinen investigates the extent of Finnish soldiers’ writing and letter relationships through the field post statistics of the Finnish Army Field Post and the wartime letter collection of the Folklife Archives. They reveal a great, even internationally exceptionally lively letter culture in which writing became literally a daily activity for soldiers: a soldier who served in the army 1941–1944 wrote over 1,400 letters on average – more than one letter per day. Soldiers’ letter circles were vast, comprising dozens of people on the home front as well as in the battle lines. They wrote to family at home and eagerly sought penpals among civilian women, but a considerable part of the field post also circulated among the troops as soldiers wrote letters to their brothers and friends serving elsewhere on the front.

The three other chapters deal one by one with soldiers’ letter relationships with family, other men and female penpals. The examination starts from soldiers’ letters to mothers and wives who were soldiers’ main correspondents. In the family writing, what was important was the regular and frequent exchange of letters that maintained emotional connections and alleviated civilians’ fears about their men in danger. What was actually written in the letters was not as important. Soldiers wished to spare their loved ones from the horrors of war, but the mundanity of family writing was also caused by ordinary people’s limited writing skills and an outcome of frequent writing: when letters were exchanged every few days, correspondence became a medium of everyday communication in which news and greetings were exchanged as rituals just as at family dinner table in peacetime life.

Soldiers’ writing with brothers and friends offers an intriguing point of comparison to the family letters. Soldiers did not write to other men as often as to their families and avoided direct expressions of intimacy. Men’s experiential writing was deeper than that of the family letters, however. In contrast to what they wrote to their mothers and wives, soldiers wrote openly and even eagerly about their battle experiences and lives at the front to their brothers and friends. Sharing this manly world of experiences was the basis of men’s letter connections. In spite of the experiential openness, men rarely revealed the extent of their emotions to one another.

The most extraordinary part of the wartime letter culture was the penpal writing between soldiers and women, which reached unpreceded heights during the war. These exchanges originated in the so-called “unknown soldier parcels” that women’s organizations sent to the front and later through penpal advertising in magazines and newspapers. The letter relationships between soldiers and women took many forms. Their writing was at first mostly patriotic comradeship, but light entertainment and seeking romantic affairs became their prime motivators during the latter war years. In their most advanced forms, these relationships reached a state which soldiers could not reach with their family members or friends. In the privacy of the letter soldiers could confess to their unknown penpals their fears and anxieties – what it felt to be at war.

The study significantly enlarges the understanding of wartime letter writing, which has so far been studied principally from the perspective of family relations. It shows how Finnish men, in the crossfire of the exceptional circumstances of the war and the masculine norms of the time, conducted their relationships in diverse ways with the various people in their lives, thus, shedding new light on the emotional, gender, and experiential histories of war.

The doctoral dissertation of M.A. Ilari Taskinen in the field of history titled Social Lives in Letters: Finnish soldiers' epistolary relationships, intimate practices, and emotionality in World War II will be publicly examined at the Faculty of Social Sciences of Tampere University at 3 o'clock p.m. on Friday 7 May, 2021. Professor Jason Crouthamel (Grand Valley State University, USA) will be the opponent while Professor Marjaana Niemi will act as the custos.

The dissertation will be published only in print.