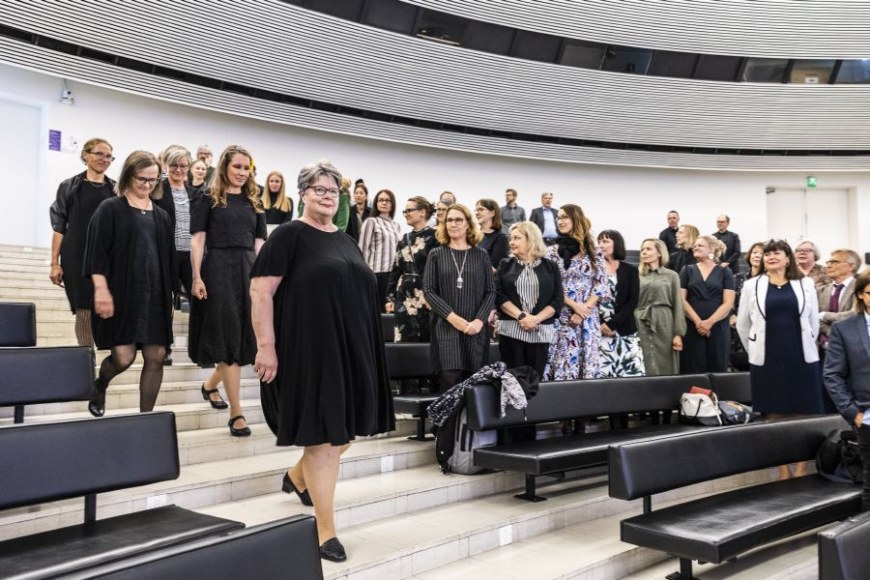 Three of the professors who spoke at the event, Zsuzsanna Millei, Hanna Toiviainen and Mari-Pauliina Vainikainen, progressed to their positions through the tenure track. In addition, an inaugural lecture was given by Kirsi Pauliina Kallio, Professor of Environmental Pedagogy. Finland’s first professorship in environmental education was established at Tampere University in 2019 with the support of the City of Tampere.

In her opening speech, Dean Päivi Pahta said that professors are in many ways key figures in their community and field, with a special responsibility to develop and renew their discipline and to train new generations of researchers and other experts in the field.

“Inaugural lectures are a centuries-old tradition, but for the past couple of years, we have only had the opportunity to welcome new professors to the scientific community in a small circle, and for a while only digitally online. During the pandemic, even inaugural lectures adopted a new, digital format," Pahta said.

“So today, we are ever more delighted than usual to be able to gather in large numbers to welcome our new professors and hear their views on phenomena and issues in their respective disciplines.”

Congratulations to the new professors!