Elise Kraatila: The Crisis of Representation and Speculative Mimesis: Rethinking Relations between Fiction and Reality with 21st-century Fantasy Storytelling 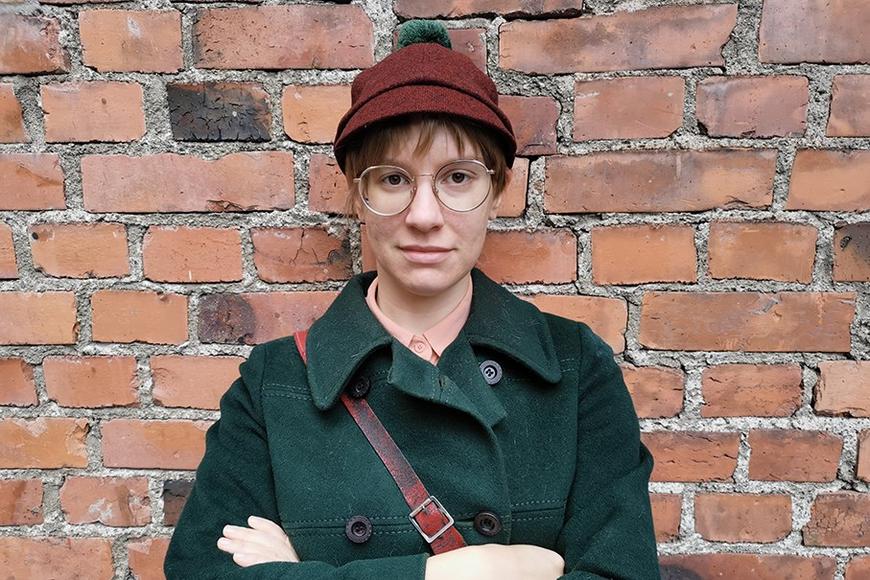 The dissertation of M.A. Elise Kraatila explores the complex, variable and mutually transformative relations between imaginary worlds of fiction and the external reality, as illuminated by 21st-century fantasy storytelling. It proposes that the propensity of fantasy fiction for what I call speculative mimesis – a response to reality by the way of imaginative theory-building and modeling of alternative worlds – makes it a form of storytelling that is particularly well-suited to confront the crisis of representation in contemporary Western culture and artistic practice.

Working on a hypothesis that there is a connection between this crisis and the current prominence of fantasy in the Western cultural sphere, the study suggests that analyzing the speculative poetics of 21st-century fantasy fiction provides valuable insight into a broader-scale rethinking of artistic response to reality that is happening in contemporary fiction, as a response to the legacy of postmodernism and against the backdrop of an increasing sense of ontological instability in our shared sense of reality.

The crisis of representation is understood in this study as general mistrust of artistic conceits of imitating an objective, external reality, and a resulting emphasis on the creative artifice of fictional world-making. Widely associated with late 20th-century postmodernism, it stems from a notion that what we call reality is itself an artificial construction created by semiotic systems, and as such irrepresentable, changeable and elusive.

While the heyday of postmodernism is now widely considered over, this study argues that the crisis of representation is still ongoing and even intensifying, with the idea of not everyone living in quite the same reality entering the popular discourse through the recent notion of our world having become “post-truth.” In the face of this intensifying crisis, it appears that fiction is called to reinvent ways to connect meaningfully with external reality, despite the impossibility of representation.

The speculative mimesis that characterizes fantasy storytelling, the study contests, constitutes such a pragmatic response to reality. Fantasy foregrounds the creative side of fictional world-making, thus casting the relations between fiction and reality conspicuously as a matter of interpretive, imaginative and creative theorybuilding, which simultaneously aims towards generating insight into the world outside and emphasizes its own playful artifice as experimental thinking.

The first part of the study approaches the rise of the modern fantasy genre as a historical development that accompanies postmodernism, sharing its ontological concerns with world-building in a popular-cultural form. Setting up a conversation between the speculative poetics of fantasy and theories of postmodernism – and various emerging ideas about what lies beyond postmodernism – this part explores the shifting conceptions of reality in 20th and 21st-century Western thinking, and the notions of mimesis and the purpose of art that shift along with them, using the developing fantasy genre as a vantage point and a sounding board.

The second part, in turn, focuses on analyzing the workings of speculative mimesis in works of 21stcentury fantasy fiction by Joe Abercrombie, Lev Grossman, Kazuo Ishiguro and N. K. Jemisin. It demonstrates that the relations to reality in these works – and, it is inferred, in the poetics of fantasy more generally – are characterized by (1) an emphasis on world-making that is geared towards inducing global-scale perspectivetaking in readers, (2) a metafictional thematization of storytelling and its role in the wider world and (3) a sincere orientation towards interpreting reality in a meaningful and productive way. As such, they point towards a new, pragmatic understanding of the relations between fiction and reality, and in the process put on display ways contemporary fiction, in general, may reinvent mimesis in response to the intensifying crisis of representation.

On the whole, accordingly, the study aims to broaden the conception of mimesis – or the relations between worlds of fiction and the world outside – beyond the limitingly hierarchic understanding of representation or imitation, and to lay bare some of the full complexity, creativity and interpretive ambiguity involved in fictional responses to reality. For this purpose, fantasy is treated as an exemplary genre, rather than an exceptional one: a form of fiction that, due to its conspicuous fictionality and tendency to foreground its world-making operations, can be usefully approached as a means for gaining new insight into workings of literary mimesis in general.

The study therefore aims to demonstrate the value of fantasy fiction for narrative studies at large – especially when it comes to discussing relations between fiction and reality beyond representation. It presents new, ontologically oriented, fictionality-sensitive and speculative strategies of reading that can provide new, widely applicable ways of understanding those relations.

Along with helping us to rethink possibilities of literary mimesis, the study contests, fantasy can thus shed light into the roles fiction in general has to play in the world and readers’ lives as part of that world, especially when it comes to navigating the complexities and uncertainties of the 21st-century reality.

The doctoral dissertation of M.A. Elise Kraatila in the field of literary research titled The Crisis of Representation and Speculative Mimesis: Rethinking Relations between Fiction and Reality with 21st-century Fantasy Storytelling will be publicly examined at the Faculty of Social Sciences of Tampere University at 12 o'clock on Friday 3 December, 2021. The venue is Pinni B building auditorium 1096, address: Kanslerinrinne 1. Professor Karin Kukkonen from University of Oslo will be the opponent while Professor Sari Kivistö will act as the custos.

The Finnish Cultural Foundation supported the writing of the dissertation.

The even can also be followed via remote connection.