Elina Peltola: Long-term Prognosis of Patients with an Insulinoma 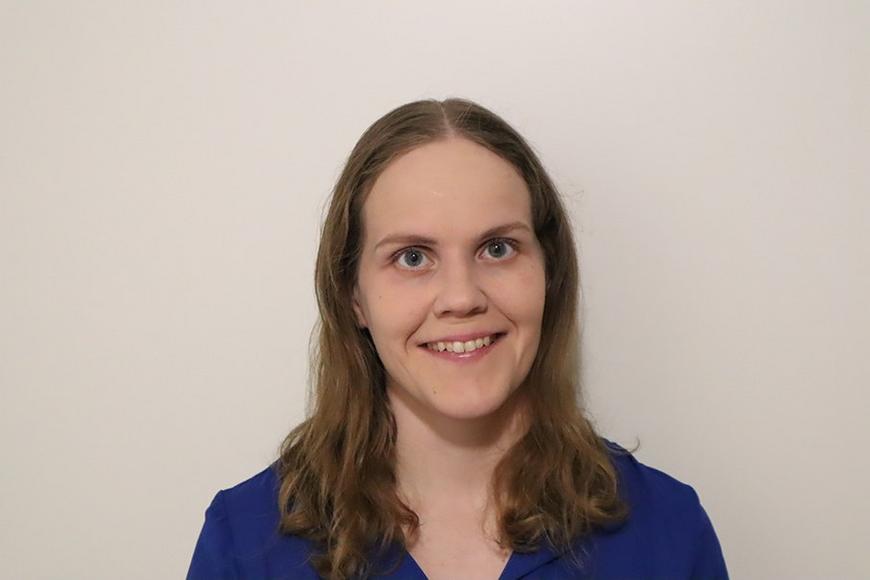 Insulinomas are rare pancreatic insulin-producing neuroendocrine neoplasms (NENs), with an incidence of 1–4 per million persons per year. The incidence of all NENs has increased during the past few decades, at least partly due to the improved imaging studies and clinical awareness.

The aim of the doctoral dissertation study of M.D. Elina Peltola was to assess the incidence, clinical characteristics, diagnostics and treatment of insulinoma in Finland, and to study the long-term morbidity, mortality and quality of life (QoL) of insulinoma patients compared to the general population.

In insulinomas, the excessive insulin secreted by the tumour leads to repeated episodes of hypoglycaemia, especially in the fasting state. This appears as neuroglycopenic symptoms (such as confusion, visual disturbances and loss of consciousness) caused by the brain’s deprivation of glucose, and autonomic symptoms (such as palpitations and diaphoresis) caused by activation of the autonomic nervous system due to hypoglycaemia.

Because of the diverse symptoms and the rarity of the disease, the delay from the beginning of the symptoms to the diagnosis of insulinoma is often long. Insulinomas are usually non- metastatic and considered cured after a surgical removal of the tumour, but little is known about the long-term prognosis of insulinoma patients. For patients with a metastatic insulinoma (<10% of all insulinoma patients), the overall survival is known to be significantly impaired, with a median survival of less than 2 years.

This retrospective study included all the adult patients diagnosed with an insulinoma in Finland during 1980–2010 (n=79). Firstly, clinical data related to patient and tumour characteristics, diagnostics, and treatment of insulinomas were gathered from the patient records in Tampere, Helsinki, Kuopio, Oulu and Turku University Hospitals. The incidence, diagnostic delay, success rates of preoperative localization and applied surgical methods were compared between patients diagnosed in the 1980s, 1990s and 2000s.

Secondly, the health-related quality of life (HRQoL) of insulinoma patients was assessed by a validated 15D questionnaire and a questionnaire on current health. The results of the 15D questionnaire were compared to those of an age- and gender-adjusted reference population from the National Finrisk 2011 Study.

Thirdly, four controls matched for age, gender and the place of residence were obtained for each patient from the National Population Registry. Endocrine, cardiovascular, gastrointestinal and psychiatric diagnoses of the patients and the controls between 1980 and 2015 were obtained from the National Hospital Discharge Register, and cancer diagnoses from the Finnish Cancer Registry (FCR). The incidences of these diseases in the patients versus controls were compared by calculating the incidence rate ratios with 95% confidence intervals using the Mantel-Haenszel method.

The main results of this study were that the incidence of insulinomas increased in Finland almost two-fold during the study period from 1980 to 2010, but despite the improved diagnostic options the diagnostic delay remained the same, with a median of 13 months. Long-term morbidity due to atrial fibrillation, intestinal obstruction and breast and kidney cancers was increased in insulinoma patients compared to controls.

Despite the increased long-term morbidity, the overall survival (OS) of patients with a non-metastatic insulinoma was similar to that of the general population. In patients with a metastatic insulinoma, the OS was significantly impaired, with a median survival of 3.4 years. In patients participating in the HRQoL survey, the mean total 15D score, indicating the overall HRQoL, as well as scores on the dimensions of mobility, usual activities and eating, were significantly better than in the controls.

In conclusion, the incidence of insulinomas has increased during the past few decades, but the diagnostic delay has remained unchanged. Despite the excellent OS and long-term HRQoL in patients with a non-metastatic insulinoma, the prognosis of insulinoma patients is negatively affected by the increased morbidity due to atrial fibrillation, intestinal obstruction and possibly breast and kidney cancer. In the future, larger studies are needed to confirm these results and to specify factors associated with the increased morbidity, enabling appropriate strategies for the early diagnosis, treatment, and long-term follow-up of patients previously treated for an insulinoma.

The doctoral dissertation of M.D. Elina Peltola in the field of endocrinology titled Long-term Prognosis of Patients with an Insulinoma will be publicly examined at the Faculty of Medicine and Health Technology of Tampere University at 12 o'clock on Friday 17 September, 2021. The venue is Arvo building auditorium  F115, address: Arvo Ylpön katu 34. Docent Leo Niskanen from University of Eastern Finland will be the opponent while Professor Pia Jaatinen will act as the custos.