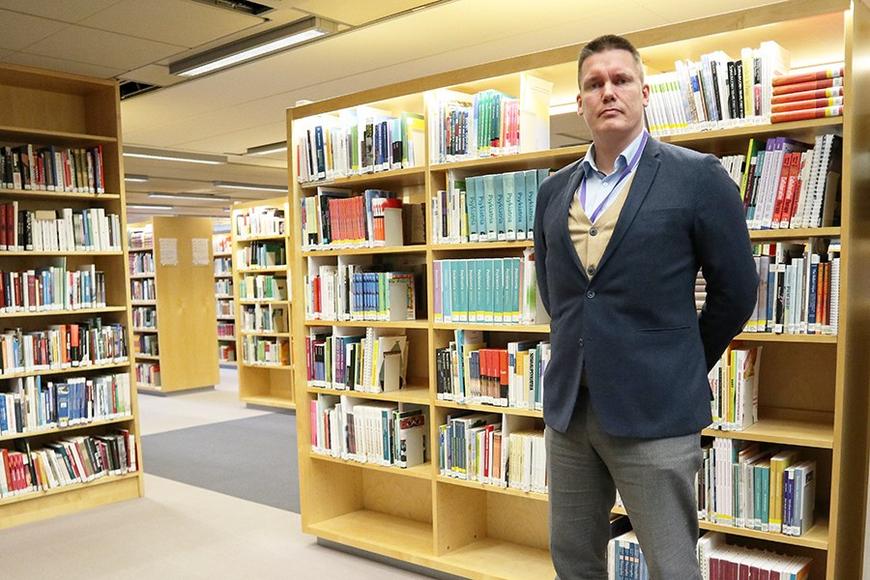 Educational institution security calls for good anticipation and planning. Intervention is often needed in bullying, harassment and inappropriate conduct and educational institutions usually have an action plan for them. In crisis situations people usually rely on earlier learnt models. Even if school attacks are rare in Finland, many security matters still need to be developed.

Healthy work and study environment and the developing security culture have a big role in educational institution security.

“Young people often make themselves guilty of crimes and vandalism thoughtlessly or seeking thrills. Sometimes they may also fight against societal boundaries. Young people may commit an act to show which reference group they belong to,” Project Manager Henri Rikander from Tampere University of Applied Sciences tells.

“Graffiti also invite more graffiti. Because of this, broken windows have to be repaired and graffiti cleaned immediately. It tells the community that these matters are intervened in,” Rikander points out.

Security concerns all and it is important that all participate in security work, emphasise Rikander and Vilppola.

“If a student notices changes in another student’s behaviour or thinking, it is a weak signal but an alarm signal. It would be important to identify and intervene in such weak signals,” Rikander instructs.

Security is a citizenship duty and professional skill

Educational institutions’ security plans have to be in order. Every staff member and student should have a role in security work and its planning, practice, development and debriefing.

According to Vilppola and Rikander, participation is talked a lot but it should be implemented at all educational levels starting from the primary school. Everyone should have the possibility to participate in constructing the disciplinary regulations. However, the security culture is still quite unorganised in our educational institutions.

Security concerns all and it is important that all participate in security work, tells Senior Lecturer Jiri Vilppola

“Security is everyday doing and seeing. It is important to be seen and heard as well as to be approved and belong to a community. Extreme manners may sometimes be resorted to achieve them,” Vilppola says.

“Security work includes planning, organisation and building of the security calendar and security culture at the level of the management as well as the security organisation. The core is reached through all the layers,” Vilppola describes.

“Our first project was Amis Turvis which was followed by the Turvista verkosta project. After them started the Turvallisuus kuuluu kaikille project. An output of the Turvista verkossa 2 project was a self-study package on educational institution security. It is an open self-study material as teachers need clear instructions on how to handle different situations,” Vilppola tells.

According to Vilppola, security projects have an important role in developing the security culture in vocational upper secondary education and professional teacher education.