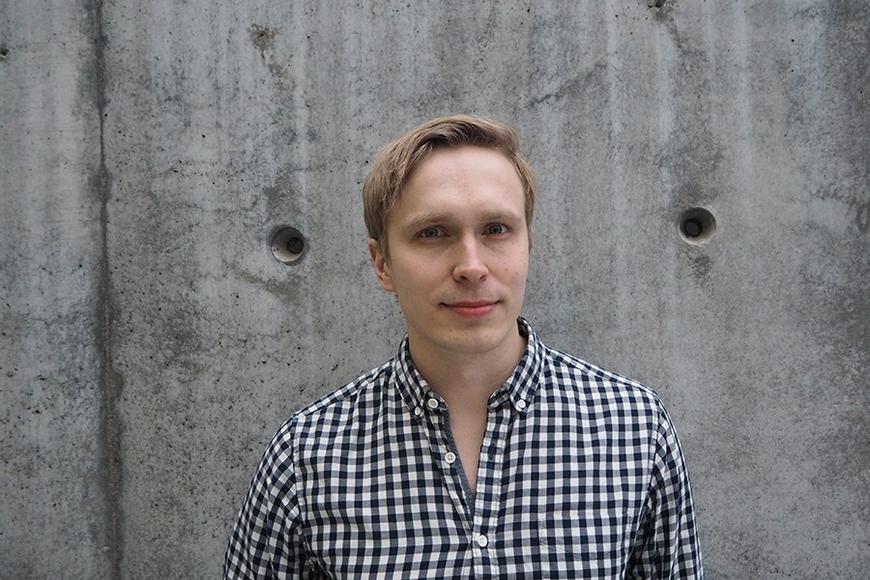 As global warming will not only drive temperatures up but also increase wintertime rainfall in Finland, it will have a major effect on the resilience of our buildings. Toni Pakkala’s doctoral dissertation delves into the effects of climate change on Finland’s existing concrete buildings. In the future it will become increasingly important to undertake timely planned maintenance to protect buildings from decay.

The Renovation and Service Life Engineering of Structures Research Group at Tampere University has a long history of conducting high-quality research on the impact of weather conditions on Finland's existing building stock, especially on concrete structures that are exposed to the weather. In his doctoral dissertation, member of the research group Toni Pakkala explores the potential effects of changing weather conditions on the deterioration mechanisms of concrete buildings and the rate of deterioration. Although adaptation to climate change has been widely studied in both Finland and abroad, Pakkala’s research is internationally ground-breaking because previous research has largely focused either on new builds, the building physical behaviour of structures or individual deterioration mechanisms.

“The majority of the existing blocks of flats in Finland were built between 1960 and 1989 when rapid urbanisation drove up the demand for housing in urban areas. Prior studies have demonstrated that these blocks of flats are vulnerable to the effects of climate change, mainly because they reflect the limited knowledge that was available at the time of their construction and the subsequent inadequacy of past building standards. Despite these limitations, they have been able to withstand the current weather conditions quite well,” Toni Pakkala says.

Water is a contributing factor in almost all the deterioration mechanisms that affect porous materials.  The levels of moisture stress are expected to increase significantly across Finland in the future. The rate of deterioration has been faster in coastal areas due to greater humidity.

“In the future the buildings that are already having to stand up to harsh seaside conditions will face increasingly severe weather conditions and wind-driven rain, whereas Finland’s inland climate will come to resemble the present-day climate of our coastal region. Rainfall rates will increase all year round, but these changes will be more marked in the winter months, because higher temperatures mean that precipitation is likely to fall increasingly often as rain or sleet instead of snow. With relative humidity remaining high, it will take longer for buildings to dry out after rainfall in late autumn and in the winter. As cloudiness will also increase, the latitude where Finland is located will receive the least amount of sunlight and warmth,” Pakkala says.

Even though climate change will increase the amount of wind-driven rain (WDR) that runs down the building façade, it may not substantially speed up the deterioration mechanisms that are typical in Finland’s weather conditions, namely freeze-thaw damage and reinforcement corrosion. Freeze-thaw damage occurs when a porous material absorbs water and the temperature fluctuates from above freezing to below freezing. The number of these freeze-thaw cycles will decrease along Finland’s coastline as temperatures rise but remain unchanged in inland areas.

“On one hand, moisture may slow down the reaction whereby the alkalinity of concrete – which protects the steel bars embedded in reinforced concrete from corrosion – is gradually reduced in a process called carbonation. On the other hand, rising carbon dioxide concentrations in the atmosphere will speed up carbonation and, after rust finally sets in, the higher humidity levels will significantly accelerate the corrosion of steel,” Pakkala describes.

The results of Pakkala's research indicate that concrete buildings that meet the requirements of the current building code are resilient to the changing climate. Regular planned maintenance will become increasingly important to protect older buildings that are not designed for the climatic changes that are now taking place.

“To respond to climate change, the preventive maintenance cycles of buildings must be shortened and inspections must be performed at more frequent intervals. This will allow building owners to address the deterioration processes that climate change is likely to accelerate and thereby either prevent or slow down decay. There are several traditional and well-known methods for protecting the building façade from WDR, such as eaves. These methods can considerably reduce the WDR exposure of the tops parts of a building that take the brunt of harsh weather. In addition, trees and sound regional planning can help protect buildings from weather damage,” Pakkala says.

Toni Pakkala was born in Saarijärvi, Finland, and currently works as project manager in the Renovation and Service Life Engineering of Structures Research Group at Tampere University and as forensic engineer at Renovatek Oy. He also serves as Chairman of the Board of the Finnish Facade Association (Finnish: Julkisivuyhdistys ry).