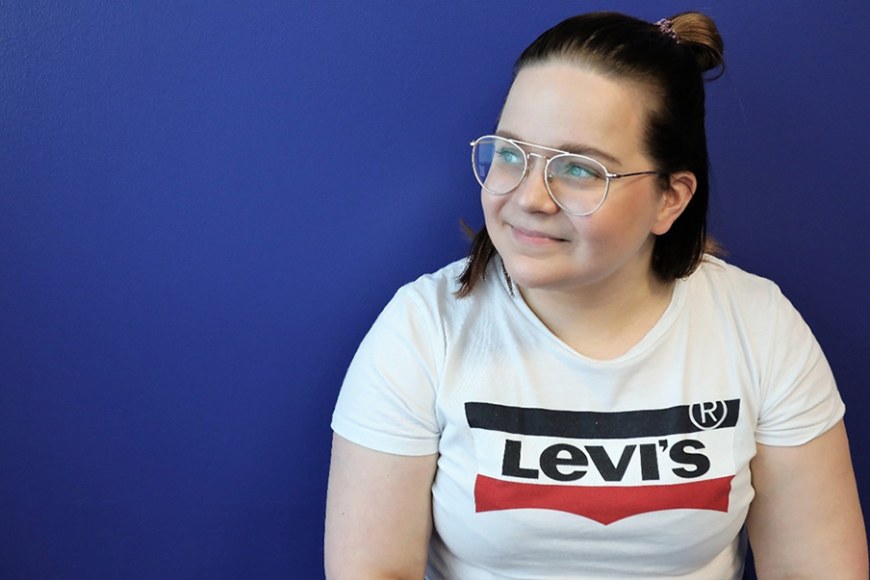 M.Sc. (Tech.) Anastasia Koivikko studied new grippers and sensors for soft robots in her doctoral thesis. Robots made of soft materials are called soft robots. By shifting from the hard robot materials to soft ones, the robots can be made safer: they cause less damage, even in collision. The robot parts, such as grippers and sensors, need to be also soft to preserve the soft nature of the robot.

Robots perform endless tasks in assembly lines and in factories making our work lighter and decreasing the need for human labour. The research in soft materials has opened new possibilities in robotics, creating a new field called soft robotics. By shifting from the hard robot materials to soft ones, the robots can be made safer; made to conform to objects; and made to feel comfortable against the skin.

For preserving the soft nature of the robot, all parts of the robot must be compliant. Traditional electric sensors are hard and thus cannot be used in soft robots.

The aim of this thesis is to research new gripper and sensor methods for soft robots. More specifically, the focus was to study new methods of fabricating soft robots and sensors for them, aiming at simpler ways to fabricate smarter soft robots with perception.

Two different 3D printed soft suction grippers were studied. The first gripper was pneumatic and the other one was hydraulic with magnetic stiffness switching.

"We noticed that higher holding forces were achieved by switching the gripper from soft to hard during the object transportation. Grippers with controllable stiffness switching can conform the object shapes during picking but also achieve high holding forces", Koivikko says.

Koivikko is from Mikkeli and currently working in Bioinspired Materials and Robotics Group (PI Assoc. Prof. Veikko Sariola) in Tampere University. After her doctoral defence, she will continue her research on soft robots in Cornell University.

The doctoral dissertation of M.Sc. (Tech.) Anastasia Koivikko in the field of biomedical engineering titled Grippers and Sensors for Soft Robots will be publicly examined in the Faculty of Medicine and Health Technology at Tampere University at 12 o’clock on Friday 21 January 2022.  The Opponent will be Reader Adam Stokes from the University of Edinburgh while Associate Professor Veikko Sariola will act as the custos.