Our alumnus Seppo Koho: Good basic introduction to the field from studies, the rest up to own choices and drive 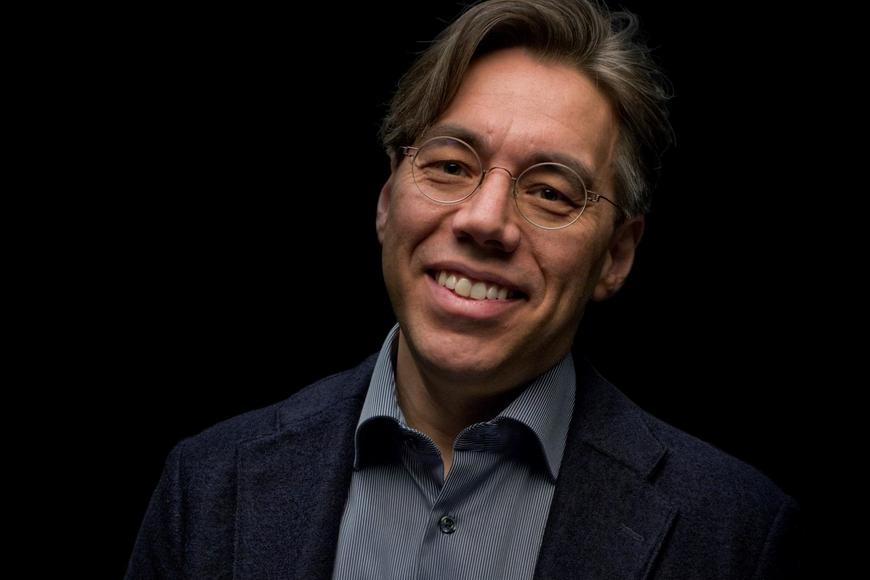 Seppo Koho, an alumnus of the Tampere Universities community who graduated from TUT as an architect, is best known for the award-winning wooden light fixtures he designed for Secto Design. Furniture design has allowed him to realise his creativity and enjoy precise, detailed work.

The fame and commercial success brought by the lamps have given Koho a welcome freedom of choice in his later work. In recent years, he has also used his inspiration to renovate his house, a project he playfully calls a “flat-roof house rescue project”.

From an architect to a furniture designer

Koho has studied design at both the University of Art and Design in Helsinki and at TUT’s Department of Architecture in Tampere. He says that he ended up in Tampere partly by chance.

“In the early 1990s, I studied interior and furniture design at the University Art and Design, but at the same time I was fascinated by architecture, especially designing detached houses. I applied to an architecture department through drawing exams, and the most successful ones in the exam got a place in either Otaniemi, Espoo, Tampere, or Oulu. My own path led to Tampere,” Koho recalls.

At the time Koho studied, the Department of Architecture was still located in the Tuomiokirkonkatu street in the city centre. Koho lived on the other side of the street and says that he really enjoyed his studies. He found the teaching to be of high quality.

“Studying architecture was wonderful. We were free to dream and use our creativity and our work was also appreciated. We could search freely for our own starting points in design. I got a good basic introduction to the field from my studies, and since then, the rest has been up to my own choices and drive,” Koho says.

In 1995, Koho founded his own business soon after starting his architectural studies. When practical work began to take more time, Koho moved back to Helsinki and at the same time began commuting to Tampere – sometimes taking the same trains as his professors and teachers.

Over time, Koho’s work began to increasingly shift from architecture to design.

“After I started working, I soon realised that practical architectural work is not the major thing for me. Firstly, I am not a competitive person. Secondly, I like working independently while architecture requires collaboration as much as possible. In addition, the field seems surprisingly conservative to me. I think that a forward-looking and experimental approach to detached housing design should be appreciated more than it currently is,” Koho points out.

The material is wood, the style is rich neutral

Koho’s own specialism was eventually found in lighting and furniture design. He works at his studio in Punavuori, Helsinki, and his prototype workshop in Herttoniemi. Koho started working with wood early on. He remembers enjoying the wood workshop already during his studies, and in the late 1990s he realised that no one was making wooden lamps yet. This insight has taken him far.

“When we in Finland do something from wood, it is worth working and processing it far and then selling it as finished products abroad where wood is valued as a raw material and our design expertise is appreciated. People are also willing to pay for that,” Koho says.

The best known of Koho's works is the collection of wooden lamps he designed for Secto Design. Over the years, the lamps suitable for both public spaces and private homes have been sold to more than 70 countries worldwide. Koho describes his style as “rich neutral” and says he especially enjoys detailed work and doing things with his own hands.

“In architecture, it is practically impossible to make prototypes on a one-to-one scale, but in furniture design it is the be all and end all of everything. Even a small change in diameter affects the whole, which cannot be seen on the computer screen. A prototype is necessary for this purpose, and for me, prototyping is actually part of the design continuum,” Koho says.

Part of Koho’s design continuum is also a renovation project that started in 2018, which is related to a flat-roofed semi-atrium house in Tuusula.

“In the last few years, I have been using a lot of creative energy in Tuusula where we bought a house that needs renovation. My wife jokes that I approach renovation work at the same level of detail as furniture design and that the house will be a project for the rest of our lives. Yes, I admit that it includes professional ambitions for me, and a little vanity,” Koho says smiling.

According to Koho, the best thing about design work is freedom – to do what, when and how you want. The most difficult part is to get the “leading idea”. Sometimes there just are no ideas while sometimes there are so many that there is no time to develop them. On the other side of the coin, the same aspect is also what is best in this work: creating ideas is fun if it can be done freely without restrictions.

“I have been lucky in design matters and have found success, of which many designers are only dreaming. However, I still have big ambitions, but now they are also focused on making art and sculpture. The world of design is like play that goes on and on,” Koho concludes.