Our alumnus Matti Parjanen: Doctor of Social Sciences and a developer of the quality of university education introduced alumni activities in Finland 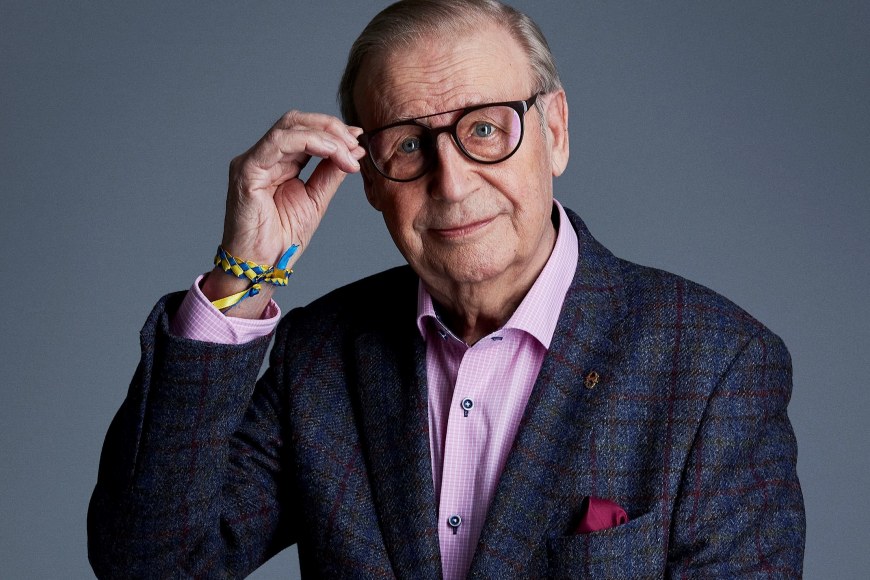 Matti Parjanen is one of the powerhouses of the former University of Tampere. In addition to earning a doctoral degree in social sciences, he had a varied career at the University, which spanned over 40 years. For example, he worked as Vice Rector. He is also a pioneer of Finnish alumni activities who introduced the idea of founding Finland’s first academic alumni organisation in 1987.

When Parjanen, 83, began his studies in 1959, the university was still located in Helsinki and called the School of Social Sciences. He jokes that he brought the university to his hometown of Tampere when the long-prepared transfer happened in 1960, the same year as the main building Päätalo was completed on the city centre campus. In 1966, the name of the School of Social Sciences changed to the University of Tampere.

Parjanen’s first major subject was adult education. A significant difference to today’s university was the possibility to change one’s major several times. The official decision was not made until graduation. Parjanen took advantage of this privilege and chose sociology as his major which he studied at both masters and doctoral levels.

The decision on the major was influenced by a person who was closely involved in Parjanen’s later life and had a significant influence on his career.

“Paavo Koli had just been appointed a professor of sociology and he made a great impression on me as a brilliant lecturer as he did on many other students. He also had a charismatic personality and talked about his memories of the United States and experiences as a war hero. After hearing his lectures, I had no desire to try other majors,” Parjanen says.

Parjanen’s story is inevitably also the story of industrial sociologist, Mannerheim Cross recipient, and Rector Koli. Parjanen regrets that their paths crossed for only seven years.

Koli became Rector of the University of Tampere in 1962. He established a new post, Rector’s Assistant, to which he appointed 24-year-old Parjanen. Koli’s colourful life experiences taught the young assistant many things he later began to do himself.

In many ways, Parjanen followed the example of Koli and had a versatile and significant career at the University of Tampere. In his 40-year career, he held many positions, among other things, those of a researcher, Director of the Institute of Extension Studies, and professor.

“I updated my CV at some point and noticed I had forgotten some of the things I had done, including many tasks, administrative bodies, parliamentary committees and international activities,” Parjanen enumerates.

He is especially proud of his role as Chair of the University Council to which he was elected twice. The Council was an important administrative body elected by the staff and students which even influenced the appointment of Chancellors and Rectors. He highly recommends student union activities.

“I hope that more students would acquire administrative and public relations experience from student unions. Many former student union leaders have become, for example, government ministers. Studying quickly should not be over-emphasised. Whether you graduate with a master’s degree in four or seven years is irrelevant in careers that will span several decades. There is no other period in a person’s life that is socially as free as the time spent studying. While studying, you have permission to question many things that you will not be able to question later in employment relationships,” Parjanen points out.

Education sociologist and a developer of the quality of teaching

In 1979, Parjanen completed his doctoral degree in social sciences at the University of Tampere. The topic of his dissertation was the impact of university education on careers. He was not that keen on working as a researcher, but Rector Koli was a strong influence.

“He almost forced me to work on my dissertation. Later, I noticed I did the same with my subordinates who had not completed their degrees,” Parjanen reminisces.

To prevent boredom, he changed jobs every few years alternating between administrative and academic roles. One of Parjanen’s specialisms – and one of the threads that ran through his career – was research on the quality of university education and teaching, and the practical implementation of related principles.

“When I embarked on my career, a teacher’s job was undefined at Finnish universities. When professorships were filled, 90% of the merits considered were related to research. I find it important to emphasise teaching skills and the development of university pedagogy along with research merits in the filling of faculty positions,” Parjanen says.

Parjanen was instrumental in the introduction of universities’ alumni activities in Finland. In his travels to the United States, he had become familiar with alumni activities in different parts of the country. However, everything was not directly applicable to Finland.

“I found it great how the teachers and students of even small American universities expressed pride in their institution. Sports is an integral thing there and professors wore the scarves of their teams. The American culture also included that wealthy alumni donated big sums to their universities. When I suggested that alumni activities should also begin in Finland, I was met with strong opposition. Was I trying to introduce the same fund-raising machine here? That was naturally not the intention. The situation is different now, of course, more American” Parjanen says.

In 1987, the University of Tampere’s alumni association was set up as the first of its kind in Finland. At one point, Parjanen chaired it.

Parjanen was born in Helsinki before Finland’s Winter War but has lived almost all his adult life in Tampere. He was offered posts elsewhere, but he enjoys living in Tampere because he finds the city sufficiently big and sufficiently small.

“All our children and their families also live in the Tampere Region and my daughter and granddaughter are also Tampere University’s alumni. Our family currently comprises four generations. The two latest additions were born last winter, and I am their great-grandpa,” he says fondly.

Who? Kamarineuvos Matti Parjanen. ’Kamarineuvos’ is a Finnish honorary title which is not translated into other languages.

Job: Parjanen worked at the University of Tampere for more than 40 years, among other things, as a researcher, Director of the Institute for Extension Studies, professor, Vice Rector, and Chair of the University Council. He is currently a pensioner, great-grandpa, and a fisherman.

Advice: “I wish that today's students would not get stuck in the rut too early. I would encourage them to take their time and think broadly about what they eventually want to do and choose unconventional subjects. The combination of subjects that looks best for a future job right now may not be the best in ten years’ time.”