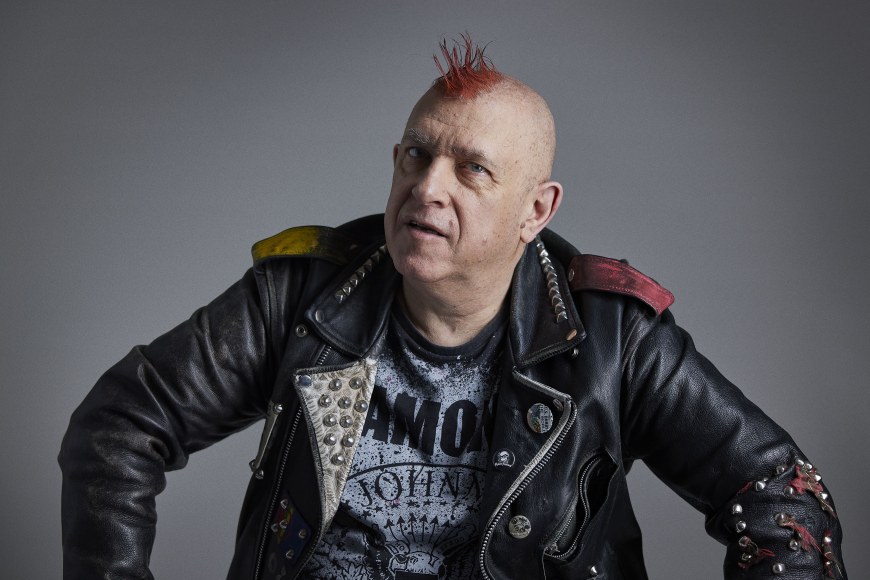 Howy Jacobs, Professor of Molecular Biology at Tampere University, discovered his lifelong passion, mitochondria, during his postdoctoral studies in the 1980s. Since then, he has made an impressive career in molecular biology, studying these tiny powerhouses that turn molecules in food into energy. Apart from being a merited scientist in his field, a winner of the prestigious Descartes Prize and a long-standing member of the Tampere University community, he is a well-known fan of Finland and the far north, punk music – and academic freedom.

Howy Jacobs has been a Professor of Molecular Biology in Tampere since 1996. In his research, Howy mainly focuses on mitochondria, the tiny ‘batteries’ that give us humans and other living organisms the energy we need to stay alive.

“I knew I wanted to be a molecular biologist already as a young teenager. But I only stumbled onto mitochondria at the end of my postdoctoral studies in the early 1980s. For a long time, ageing and mitochondrial diseases were a central focus in my work but now I have left the field to others, it is such a complex topic. Instead I have become engaged in how mitochondria control the energy balance in our cells – useful work versus energy storage molecules versus heat production,” Howy says.

Howy’s research involves guiding a small group of fellow scientists working with him and performing the lab work, and he also teaches masters-level courses in molecular cell biology. Since the start of 2022, he has doubled-up as a Visiting Professor in La Trobe University in Australia.

So far one of Howy’s most intriguing discoveries has been that mitochondria themselves are far hotter than the cells in which they are embedded – closer to 55 than to 37 degrees Celsius. He stumbled onto the finding with his Paris-based colleague Pierre Rustin. Overall, what Howy finds most inspiring about his work are the things that turn our different from expectation. To him, one of the joys in science is ’the right to be wrong’.

“That is how scientific progress is made. For cherished ideas to be disproven, but then to follow up the even more amazing ideas that emerge to take their place.”

Born in London, UK, Howy originally came to Finland in the mid-1990s, recruited by the visionary research leader Kai Krohn who wanted to put basic bioscience in Tampere on the map. Howy feels that all academics should move at least once, preferably in mid-career, to rejuvenate their thinking and take advantage of new ideas and opportunities.

“This was also my primary motivation, and the moment was right for me to move on from the under-resourced academia back in the UK. Finland also seemed full of possibilities, was investing in science as one way to emerge from the 1990s recession, and Tampere Uni had much less of the self-importance of the more well-known academic institutions,” Howy says.

Howy has held many roles at Tampere University over the years. In addition to running his research group and the Academy Centre of Excellence in mitochondrial research, his work has also involved training some 20 doctoral students, 20 or so postdocs and many undergraduates. He has also run several big congresses, including sessions opened to the public, set up Cafe Sci Tampere where visiting scientists describe their work to a public audience, and run an annual residential summer school for graduate students. To name but a few.

Howy finds it fair to expand ‘TUNI alumnus’ and  ‘TUNI alumna’ to also refer to the university’s staff. Many of the employees stay with the university far longer than a typical student and thus make substantial and enduring contributions to what the university is today and could be tomorrow.

As for the new merged university, he admits that it has had a difficult birth and is still to become fully integrated. The pandemic has also, inevitably, had a negative effect on student morale and the delivery of education. He has tried to buck the trend by devoting even more individual attention to students.

“On the positive side, I find the informality amongst the actual academics in Tampere to be refreshing. Everyone is on first-name terms and there is little attention paid to hierarchy. As for junior academics, however, we really do need a more sensible career path. Tampere would be a good place to start,” Howy states.

Despite the certain negatives he sees in the trends and focuses of modern academia, Howy finds Tampere University to hold huge potential to develop into a truly innovative global university – but we’re not there yet.

“We can show that a small research university in a small city in a small country has much to give – as much as any other. One could also say that in an age of ’dinosaur’ academic institutions, the small furry things like Tampere University may have a brighter future than people imagine.”

After nearly three decades at Tampere University, Howy is due to retire from his position in Tampere in 2023 and become a freelancer. He also plans to continue his many activities outside of the university and lab, such as writing scientific articles, acting as editor of an academic journal, writing various blogs and op-ed’s, and being also involved in TV documentary work and congress organization.

As for the future in his research field, Howy would be happy to see the same iterative progress as now. In his view, figuring out properly how cells and mitochondria work will still take centuries. Intervening to promote health and the environment using this knowledge may take even longer.

“Funding for basic research is being cut in almost all countries, but new inventions usually come out of basic research on something else. Therefore, I hope the trend will reverse. Applications run out of ‘innovative steam’ if not driven forward by fundamental science. We need to educate the public and the politicians, not make grandiose promises that we cannot fulfil, only to obtain research funding,” Howy notes.

Furthermore, the timeline in the process is long – we won’t know which discoveries were important until another 20, 50 or 100 years have elapsed, and there is no linear scale of what is important and what is not.

“Even wrong turnings are valuable. Scientific work is always a never-ending story as each answer only raises new questions,” Howy concludes.

Work: Professor of Molecular Biology at Tampere University since 1996

Advice for students: Study what interests you the most and what inspires you. If you are lucky it could lead to a career in academic science. But always have a Plan B and a Plan C for your career, and learn other skills that you can deploy professionally. Plan B and C are not to be considered lesser choices if they are something you also want to do.