Our alumnus Hakki Meseci: UX specialist came to Finland for education and stayed as a life decision 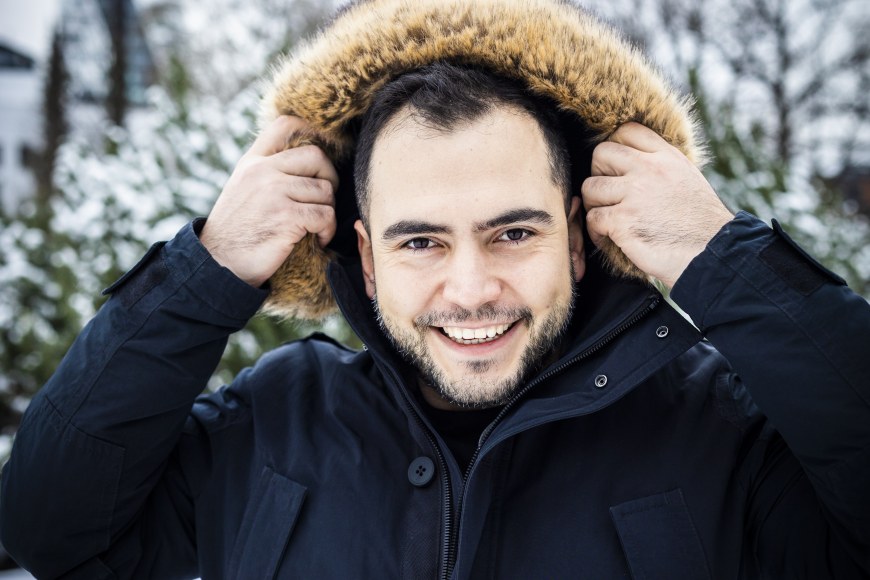 Hakki Meseci is a Tampere University graduate who currently works as a program manager at Telus International, a company specialised in AI data solutions, smart interfaces and digital customer experience solutions. Originally from Ankara, Turkey, Hakki first came to Finland for a one-semester Erasmus exchange back in 2011. He then travelled some and moved around both in Finland and abroad, and finally found home in Kaleva, Tampere.

“I’ve come to like many things about Finland over the years and I’ve noticed I even get a bit annoyed when things don’t work as smoothly in other countries. I like the safety here and the fact that life is so well organized. I enjoy travelling but I couldn’t imagine not coming back to Tampere,” Hakki says.

In his current position, Hakki leads large-scale projects and a global team of AI professionals working for customers on various continents. One of the most challenging aspects of his everyday work comes from schedules management and juggling between different time zones.

“I’ve been working from my virtual home office for quite some time now, and leading a global team for global customers is, of course, demanding. What keeps me going is my ambition and endless curiosity. They are both important drivers for me,” Hakki says.

Hakki first got the idea of coming to Finland in 2010, encouraged by his student colleagues in Turkey. Back then, he was mainly motivated by the opportunity to improve his English skills and the fact that the Finnish education is so highly rated and well respected.

Even after three completed degrees, Hakki is interested in studying further. Much of this is thanks to the Finnish education system, its flexibility and study options.

“I have strong motivation. Constant learning keeps me fresh and creative. That’s why I always try to keep active and socially interactive which, admittedly, is sometimes a bit of a struggle but it works,” Hakki says.

One of the reasons he has enjoyed studying in Finland so much is that he finds the studies to be more practical than elsewhere. They involve a lot of peer communication and discussion, which helps students gain hands-on experience while also learning theory. Hakki feels that the threshold for asking questions in class is also low and the relationship between students and teachers is characterised by a sense of equality.

As his major at Tampere University, Hakki studied information technology, user experience and human-technology interaction. These themes conveniently converge with his current job description, but he feels that the studies would have been a valuable addition to his life even if he didn’t do this for a living.

“I feel that I’ve benefitted from my studies a lot. They add to the way you see the world around you. As for user experience, the human element is key. The slogan ‘Human Potential Unlimited’ therefore fits me just perfectly,” Hakki says with a grin.

Came for education, stayed as a life decision

After over a decade in Finland, Hakki feels that little by little it has become more of a life decision for him to stay in Finland and in Tampere – at least for now. He feels he’s part of the country and culture, and since 2020, he has also volunteered as a Talent Ambassador for the City of Tampere.

One of the things Hakki has come to appreciate in Finland is safety. Finns don’t feel the need to lock their doors or tuck away tools, toys or other property from their backyard. Another value he holds in high regard is Finns’ respectfulness.

“Finns have a lot of respect for not only other people but also nature, the earth, forests, buildings and so on. It’s their culture and attitude. Finns also have an effective recycling system and they truly live with the nature, without trying to benefit from it or preserve it as such. In Finland, cities and nature are nicely intertwined,” Hakki says.

Having worked in Finland for quite some time and heading multinational teams have also led Hakki to appreciate the Finnish workplace and working morale.

“Finns don’t necessarily do the longest hours but they do their work effectively and at high quality. They also have a good attitude, a good working life balance, and they care about what they do. In my opinion, that’s one of the secrets behind the famously high Finnish quality.”