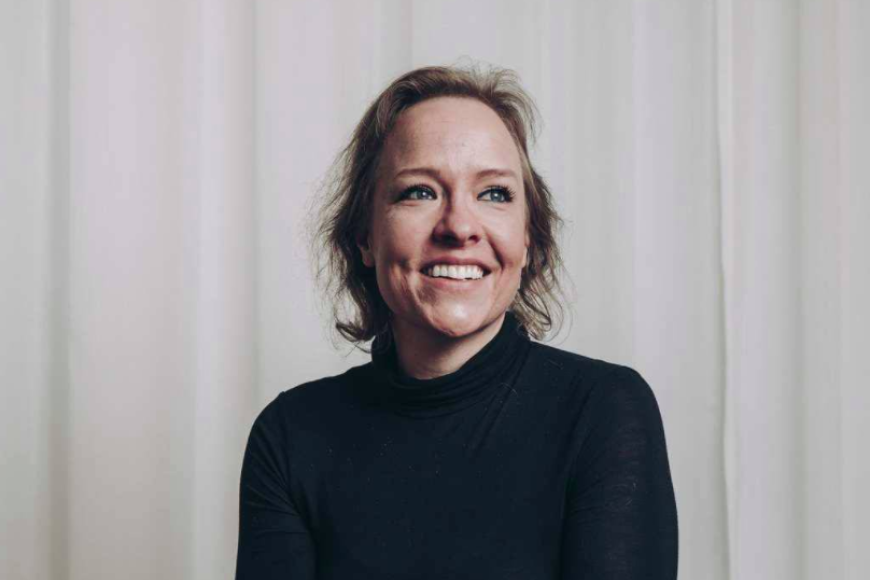 Salla Eckhardt is a Tampere University graduate who now lives in Seattle in the United States and leverages her expertise in architecture and building technology at Microsoft. As a result of hard work and a fiercely forward-looking attitude, she has been able to provide the company with an entirely new business area to explore: comprehensive building lifecycle digitalisation. Salla is well aware that her approach is shaking up the somewhat conservative real estate sector.

When Tampere-born Salla Eckhardt spent her younger years in the municipality of Iitti, she would never have guessed where her career would eventually take her – even though she dreamt big even then. Today, Salla is engaged in ground-breaking work in building lifecycle digitalisation in Seattle, USA, and works for the corporate giant Microsoft. Few people know that Microsoft is, in fact, one of the largest real estate owners in the world.

“Originally, there were actually two jobs available for me at Microsoft. For one of them, I had solid expertise and prior experience while with the other, even the recruiters were unsure about the specific duties and requirements. I decided to choose the latter and ended up leading Microsoft’s Transformation Services back in 2018,” Salla says.

The loose job description gave Salla the opportunity to innovate something all-new, which led to the birth of a new business area at Microsoft, focusing on digital building lifecycles. In her position, Salla was responsible for establishing an organisation-wide building information modelling (BIM) program, a digital construction program and a digital twins program, among other things. In December 2021, Salla became Director of Microsoft’s Digital Building Lifecycle Innovation unit.

One of the many reasons why digital building lifecycles interest Salla Eckhardt is the fact that digitalisation makes real-world phenomena transparent and thus support better decision-making. It also helps to improve productivity and occupational safety, and to avoid unnecessary work.

“Construction is one of the oldest industries in the world, so traditions run deep. Digitalisation understandably unnerves operators in the field, but we simply cannot stick to analogy. We need to meet today’s needs, such as sustainability and accessibility,” Salla says.

In fact, Salla finds digitalisation to be fairly straightforward in the construction sector, since construction largely comes down to standardised geometry with all the bricks, pipes, timber and other materials involved. Artificial intelligence and machine learning also add their own spices to the development, enabling better results with less labour.

Even though Salla’s current duties do not directly match her university degree, she feels that her architecture and structural engineering studies provided a strong foundation in terms of expertise, and a push in the right direction.

“Our professors Jarmo Laitinen and Teuvo Tolonen, in particular, steered us towards a career path in digital construction. I feel that I’m currently working at the crossroads of many scientific disciplines, such as sustainable development and environmental matters, sociological aspects – such as building users – and financing. My career path hasn’t exactly been traditional, and it has taken time to find it, but fortunately I had the courage to make these choices. But I must say that all this has certainly taken plenty of hard work,” Salla says.

Salla’s innovative work with digitalising building lifecycles originally aimed at an internal tool for Microsoft, but the word spread like wildfire and eventually led to an all-new product for the company. Salla appreciates her employer for many things, such as the security and support that the large organisation brings, and the leeway it gives to its employees.

“Microsoft doesn’t tie people down to specific areas. It allows its employees to work with other teams as much as they can and want. I find this kind of workplace culture inspiring. It also ensures that all employees can decide for themselves whether they want to aim for the county championships or the Olympics,” Salla summarises.

Before moving to the United States in 2015, Salla had worked for a number of employers in Finland. She had been Digital Transformation Lead at VTT Technical Research Centre of Finland and Smart City Lead for the City of Tampere, among other positions. Moving across the ocean was a bold move and a leap of faith, since Salla had no support network in her new neighbourhood. Very quickly, it began to dawn on her that networks, specifically, are key in the United States.

“Finns and Americans have a lot to learn from each other. In the US, fundraising in a variety of contexts is a constant, which is why it’s important to be able to present your message in a clear, concise, story-like and suitably-paced manner. Finns have the top competence in the world, but we could work on our communications skills and elevator pitches. Many positions in American technological organisations are held by people trained in completely different fields and yet they thrive thanks to their networks and conversational skills,” she adds.

Salla finds one of the trumps of the Finnish education system to be the fact that students can study widely. She herself studied industrial engineering, mechanical engineering and automation technology, among other things. Instead of merely focusing on accumulating credits, Finnish studies also always aim for high-quality learning.

The years abroad have highlighted to Salla that Finnish expertise is truly world class and should be proudly presented across the globe. Salla encourages others, too, to be more proactive in taking their skills beyond Finnish borders. On a personal level, Salla has also received encouragement from her three close siblings as well as her brave and entrepreneurial parents.

“My studies at Tampere University provided me with such a strong foundation in terms of knowledge and competence that I was able to leave behind my career in Finland and start from scratch in another country. That’s how well the university equipped me,” Salla says.

Quote: “What being a Tampere University alumna means to me is, quite simply, representing the best in the world.”