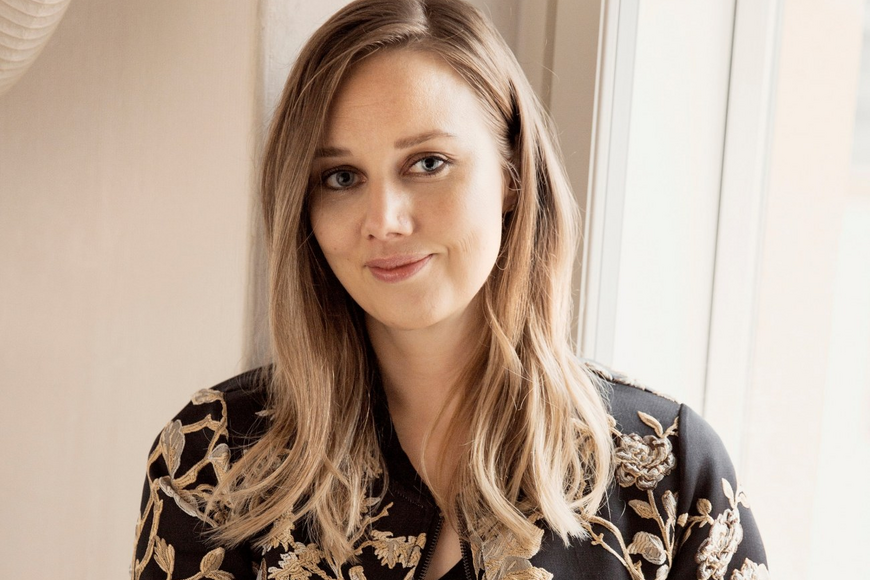 Mari Karsikas, an alumna of the Tampere Universities community, is the editor-in-chief of Trendi which is an award-winning women’s magazine that has been published for more than 30 years. During her studies, Karsikas had no idea what she wanted to do upon graduation, which meant that she studied a wide range of subjects that seemed interesting and inspired new thinking. In her current job, she can draw upon all the lessons she learned.

Karsikas, who holds a Master of Arts degree with a major in Finnish from Tampere University, has worked as the editor-in-chief of the Trendi magazine since 2017 and describes her job as “managing a media brand”. Karsikas’s working days consist of, among other things, journalistic planning and writing, supervision work, sales and marketing support, cooperation with businesses, social media work, and data monitoring.

As the editor-in-chief, Karsikas is responsible for the entire magazine, meaning both editorial and business responsibilities. In her daily work, she is on top of both broad alignments and smaller details.

“On a typical day, I might work with journalists, media salespeople and the AD, among others. We come up with and create the magazine content together; for example, we’re currently planning the summer issues. I also attend press conferences, help the other magazines in our group and, for example, comment on the clothing options for cover photos,” Karsikas says.

Journalism and the consumption of media have changed significantly during Karsikas’s almost twenty-year career. Competition for consumers’ time is fierce, so the quality of magazine content must be even better than before. Thinking about target groups is also very much part of the job, which in Trendi’s case means producing content that is particularly aimed at Millennials. Keeping up with trends as its name suggests, the goal of the magazine is to be the first to report on what is new.

“What I really like about my job is that I feel we are doing genuinely important work. We provide inspiring content – content that readers find relevant right now. The best feedback is when readers tell us we’ve verbalised something that is important in their lives. We have succeeded in our work when we find current phenomena and give them names,” says Karsikas.

One of the secrets of Trendi’s long-term success is constant renewal. While there are always familiar and safe things to do as well, the magazine lives amid change in one area while planning something completely new in another. That is why the brand has weathered the turbulence in the world of media so well. In March 2021, the work was rewarded with the General Interest Magazine of the Year 2020 award.

Editorial work is a constant balancing act between lighter and deeper content. Trendi is most often read for relaxation, but it also wants to cover a wide range of aspects of life and society.

“As the editors, we regularly reflect on what topics are important to cover, how to cover them and what kind of topics are appropriate for Trendi specifically. Not all topics are suitable for our channels even if they are perceived as important. In such cases, we must have the courage to leave them to other media,” Karsikas explains.

In 2020, Trendi received an exceptional amount of attention with an article about Prime Minister Sanna Marin where she was photographed showing cleavage. Although women’s magazines have always been somewhat revolutionary, the uproar was not planned beforehand and – according to Karsikas – it could not have been planned.

“I think that case revealed something about the double standards and equality of our time. The story received a huge amount of feedback; people wanted to buy the picture we published, and we were contacted from all over the world, including by CNN. I was also interviewed for a Japanese TV programme. Fortunately, most of the questions were about what kind of equality we have in Finland,” Karsikas mentions.

The attention the article received showed that an important issue can also get the visibility it deserves through chance – reaching out even to international media. All in all, it was a unique case for the Trendi magazine and the Finnish media scene in general. Karsikas says that she was eventually left to follow how the issue was handled in various fora. In the end, she found that the hashtag #imwithasanna, which had defended Marin, dominated the debate.

A generalist found her place

Karsikas says she really likes her job and thinks she was born to be the editor-in-chief of a women’s magazine. However, she had no idea about that when she was a student.

Karsikas, who hails from the Ostrobothnia region, came to Tampere University specifically because of the right to choose minor subjects freely, and she really made the most of this right. In addition to studying Finnish as her major, she did long minors in Finnish literature, journalism, and marketing. She was also interested in speech communication and hypermedia and took courses in social psychology, sociology, folkloristics, general linguistics, women’s studies, and philosophy.

Although Karsikas studied a wide range of subjects without a specific goal in mind, she sees all of them as benefiting her work in many ways.

“For example, folkloristics taught me about storytelling, and studying business subjects gave me insight into a wide range of things, including leadership and accounting. Women’s studies introduced me not only to gendered settings but also, for example, to the way women have dressed throughout the ages. Moreover, I last used the basics of coding I learned in hypermedia just a few weeks ago,” Karsikas lists.

The studies were useful not only in terms of content, but also because studying different fields helps learning about different ways of thinking and discussing. The same issues are discussed in very different ways in subjects as diverse as marketing and the humanities. Understanding different discourses and ways of talking is also very useful in working life.

When Karsikas was a student, no one talked about generalists yet, but she strongly identifies with being one now. She says that she did well in many things during her studies without being brilliant at anything. Brave experimenting and the internships, which were part of her studies, helped her find her place in working life.

The thing that gives her great joy in her current job is that she can act as the supervisor, come up with new stories, edit content, and commission stories from writers at the same time.

“I am undeniably doing many things. The changes in the field of communication and journalism also help to underline the fact that studying does not end with graduation. I really like the fact that you can continue studying and learning throughout your career,” Karsikas says.