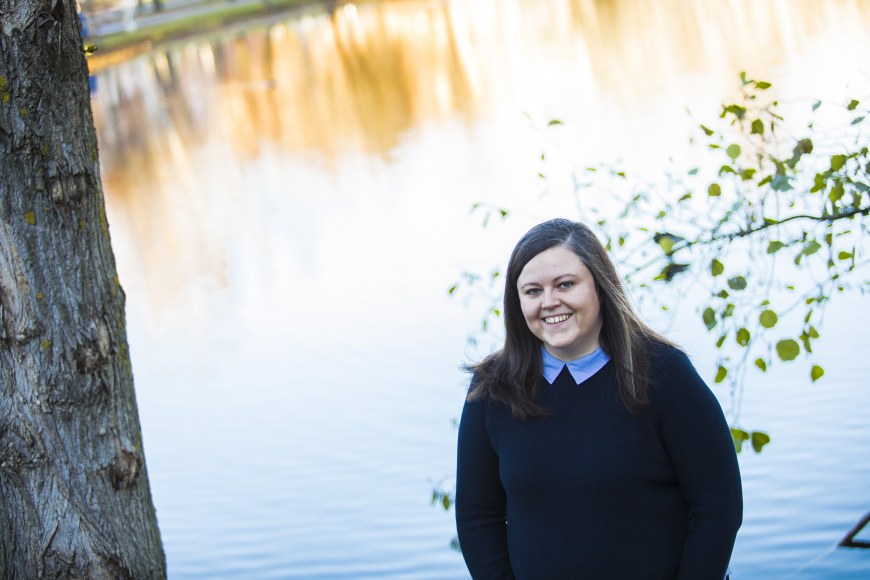 Lauren Stevens, 27, from Britain, ended up studying in Tampere for love. Now, five years after her arrival, Stevens has a Master’s degree from Tampere University’s Peace, Mediation, and Conflict Research programme, a part-time job, and Finnish citizenship.

Stevens was studying for a Bachelor’s degree in International Development at the University of Chester in England when she met her Finnish spouse who was on an Erasmus exchange. At the end of her Bachelor’s degree and after a three-year long-distance relationship with her Finnish spouse, Stevens applied to study in Finland, attracted by affordable and high-quality education. A study place opened at Tampere University.

Studying Finnish alongside a degree programme

Originally embarking on another degree programme, Stevens discovered the Master’s Programme in Peace, Mediation, and Conflict Research that better matched her own interests. In addition to studying in the degree programme, Stevens completed 17 courses in Finnish at the University and also attended a language course at an evening school. Learning the language required a lot of work because Stevens has mild dyslexia.

“I did quite well in the beginners’ courses, but as the courses progressed, my grades dropped. However, I continued to study and gained support and understanding because of my dyslexia. Heikki Kangasniemi was an absolutely brilliant teacher, suitably demanding, but also flexible. In my opinion, I achieved pretty good language skills despite the difficulties,” Stevens says.

In 2019, Stevens passed the national Finnish language proficiency test (YKI), which is a prerequisite of Finnish citizenship. Because of Brexit, she then sent her application for Finnish citizenship, which was granted in March this year. She hoped that this would have a positive impact on her job seeking and career opportunities in Finland and beyond.

Dreaming of a career in an international organisation or civil service

Already during her studies, Stevens dreamed of a career in an international organisation that focuses on international development cooperation, humanitarian work, peacekeeping, and sustainability. She is also interested in the Finnish NGO field or the civil service. However, the fierce competition for jobs was revealed after Stevens graduated in June 2019.

“I’ve sent around 600 applications over the past year; some in Finnish and some in English. I’ve applied for both jobs in my field as well as positions that don’t require any higher education. Eventually, I found a temporary full-time position at the European Chemicals Agency as well as my current part-time position at the University,” she says.

Stevens likes her current part-time job in a research project investigating homelessness at the Faculty of Education and Culture. However, she dreams of a full-time job.

“I hope that my current position will help me find a full-time job that’s more in line with my education, skills, and career aspirations,” she says.

In addition to gaining more work experience, Stevens plans to expand her language skills even further. To complement English and Finnish, she plans to study Swedish as well as French or Arabic.

“Many international projects and organisations require proficiency in French or Arabic. On the other hand, studying Swedish would improve my chances of finding employment in the public sector in Finland in the future. I have settled in Finland and would like to work on resolving crises and helping people from here,” she says.