Our alumna Heidi Pihlaja: A Master of Science in Economics and Business Administration develops football with determination and creates space for equal dreams 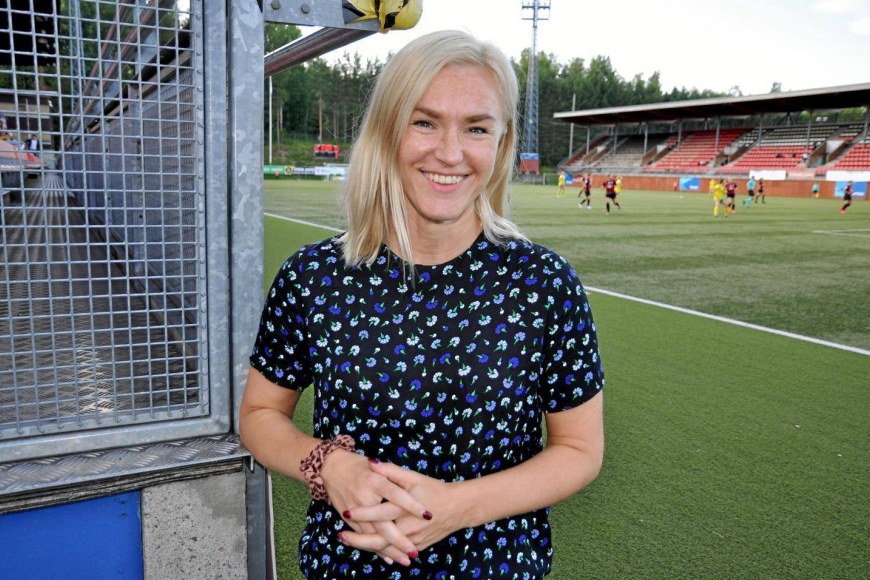 Heidi Pihlaja hails from Tampere and is a three-time Finnish football champion, the main league player of the year in 2010, and an experienced national team player. Pihlaja, who holds a Master of Science in Economics and Business Administration degree from the University of Tampere, worked as a management consultant during and after her active career until she assumed the position of Head of Women’s Football Development at the Football Association of Finland in 2019. In this role, she has been able to promote two of her passions: determined organisational management and an inclusive football and sports world.

In her current job as Head of Women’s Football Development, Pihlaja is responsible for the development of women’s and girls’ football in Finland. Her work includes a wide range of stakeholder liaison work with clubs, partners and the media in different parts of Finland. The long-term goal is to promote cultural change and raise the profile and visibility of football as a sport for also women and girls.

“I am interested in the significance of football and sport from a societal point of view, and I feel it is important to strengthen the inclusiveness of this “most frequently spoken language in the world”. Football is for everyone, regardless of gender or background. For example, we want to support immigrants’ access to football. There are many benefits to football and a physically active lifestyle, even if you do not end up playing as a professional,” Pihlaja says.

A humanistic perspective on economics

Heidi Pihlaja has a wide and varied portfolio of responsibilities at the Football Association. Her remit cuts through all the Association’s activities and geographical areas. Therefore, the management of complexity, and the importance of networks are emphasised in her daily work.

“There are many projects and people in this job, and I work on slightly different themes in each area. My studies in business administration and HR management have been a great help. They help me to grasp the big picture, to structure and justify things, and to focus on the right things,” says Pihlaja.

She cites communication and influencing as another important aspect of her work. Pihlaja completed a minor in business communication at the then TUT, which included a component on public speaking and negotiation skills. The course included, among other things, negotiation simulations.

“The programme I completed was very good; I had nothing but positive things to say about it and I still have to deal with the same issues in my current job. It is important to be able to communicate things concisely, to consider different audiences and to make the listeners understand why the things you say are important," Pihlaja sums up.

As a business studies major, Pihlaja feels that she does not focus so much on numbers and accounting, but rather looks at her field from a humanistic perspective. In her previous jobs, she has had the opportunity to work on her main areas of interest, such as management, corporate cultures, and strategic development.

She praises her own business studies particularly for their versatility. It was like graduating with a “Master’s Degree in Management”, which left many doors open in the future. On the other hand, it also meant that students had to get concrete expertise and substantive knowledge in working life in order to become real and credible leaders. As part of her journey of continuous learning, she is currently studying social psychology at the Faculty of Political Science.

In addition to her studies, Pihlaja believes that she has also learned important lessons during her time as an active member of the student organisation Boomi. Among other things, she was responsible for the organisation of the student event Hämeenkatu Appro in 2010 and feels that she not only made many friends, but also learned practical lessons about coordinating a large project.

Originally from Tampere, Pihlaja, whose maiden name is Kivelä, now lives in Helsinki, where she moved because of football during her studies. However, she says she is still proud of her Tampere background.

“Yes, coming from Tampere still makes me hold my head higher; it is kind of a more personal background here in Helsinki. Even as a child I remember paying attention to the University of Tampere every time I passed by and looking up at the building alone. It is great to see that I finally got my education there,” Pihlaja smiles.

Pihlaja has already worked a few years as the Head of Women’s Football Development at the Football Association of Finland. She thinks there is still much work to be done, but some great results have already been achieved. For example, the fact that the national team contracts are now the same for men and women has increased equality. This means that everyone receives the same remuneration for representing a national team.

Secondly, women’s main football league, formerly known as the Women’s National League and later as the Women’s League, was renamed National League in 2020. Pihlaja has played a big role in the development work, which was also recognised by the Union of European Football Associations (UEFA) which granted her a brand development award. Significantly, the name does not explicitly mention that it is a women’s league.

“Words shape the world, which is why the naming of the leagues is also important. Concrete actions make a difference,” says Pihlaja.

As part of the 50th anniversary celebrations of the National League in 2021 and their “The Game is Open for All” theme, an internationally acclaimed campaign was run to donate sports hijabs to every hijab-wearing footballer. The donation concerned providing the right sports equipment for all and promoting equality and equity in sport.

Pihlaja also cites the significant increase in the number of football hobbyists as one of her greatest achievements. Some 5,000 new girls have started to play during her term of office, which is the fastest growing group of sports enthusiasts even amidst COVID-19. Football used to be perceived as a rather male-dominated sport, but in recent years, it has managed to expand to break through to a more heterogeneous audience.

“The significance of football is increasing in Finland. We are delighted with the success of Huuhkajat and Helmarit, but also with the fact that the sport brings people from different backgrounds together. In these times, we need things that unite rather than divide, and I believe that sport and exercise play a big role in this,” Pihlaja adds.

Job: Head of Women’s Football Development at the Football Association of Finland

Degree: Master of Science in Economics and Business Administration

Surprising: Worked as a supermarket cashier in Hervanta during her active football years. “This too is everyday life in top football in Finland,” Pihlaja says.

Quote/motto: “I wish everyone had the courage to do exactly what they really want to do. We often think too much in terms of fancy titles, money or status. However, the most valuable thing is when we do things that matter to ourselves.”