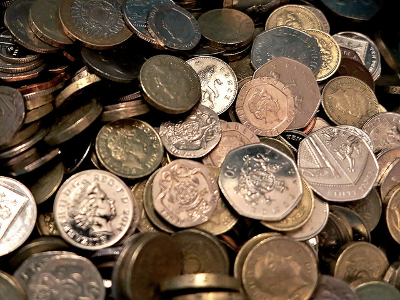 A Response to Katherine Gibson: Feminist Perspectives on Rethinking Economies

“We can’t merely empty the economy of any meaning through deconstruction, but rather we need to examine the reconfiguring of the sexual contract and the expansion of the economic in order to create spaces for a feminist economic politics”

Alustus! Professor Katherine Gibson gave a guest lecture titled Feminist Perspectives on Rethinking Economies, at the University of Tampere on April 22, 2016. The guest lecture was organized by Gender Studies and the School of Social Sciences and Humanities and was commented on by postdoctoral researchers Liu Xin, Kori Allan, Mona Mannevuo, and Katariina Mäkinen. Below are the lecture abstract and my response,[1] largely based on Cameron and Gibson-Graham (2003). In addition to the latter article, the lecture drew on Take Back the Economy: An Ethical Guide for Transforming Our Communities (2013) by J.K. Gibson-Graham, Jenny Cameron, and Stephan Healy.

Within contemporary feminism, common approaches to feminising the economy involve adding a sphere or sector or attributing a monetary value to women’s unpaid labour. Each of these approaches is interested in creating an accurate representation of the real or ‘whole’ economy. But these representations are in the same lineage as mainstream economic conceptions; the economy remains a bounded entity that can be known by enumerating its parts. The ‘adding on’ and ‘counting in’ strategies employed by feminists complete the picture of what is needed to produce social well-being but do not necessarily help us think differently about how goods and services are or might be produced. In this presentation I ask how feminist economic theory might contribute to envisioning or enacting alternative economies. I find answers to this question through reading feminist interventions for glimmers of a deconstructive project that opens ‘the economy’ to difference. Pursuing these glimmers, I attempt to insert the possibility of non-capitalist forms of economy, including economies of generosity, non-profit businesses, worker collectives and alternative capitalist enterprises impelled by a social or environmental ethic. In place of the view of the economy as a whole comprised of a pre-established number of parts or sectors, it can begin to be seen as a discursive construct that can be reconstructed to contribute to social transformation.

Katherine Gibson argues that feminists interested in valuing so-called “women’s work” have focused on enlarging the scope of the economy by adding on and counting in activities that have been ignored or hidden. I agree that such strategies are inadequate, particularly given that activities previously outside the realm of economic calculation, by virtue of their supposedly feminized characteristics, are now increasingly being measured in the face of neoliberal restructuring and a new Post-Fordist sexual contract.

In post-industrial economies in the global North, for instance, the male breadwinner and female housewife model has been replaced by the adult-worker model (Adkins 2016). Under the new sexual contract so-called “women’s work” is also seen as productive and there are various attempts to measure the economic value of unpaid work. For example, in Canada there are emerging projects that aim to monetize the value of unpaid volunteer work in the non-profit sector in order to be accountable to funders and to procure further funding.

Adkins and Dever (2015) show how the measurement of domestic work – as an object of financial calculation in asset pricing – creates surplus value in financialized markets. Allon’s (2010) work also demonstrates that the household in Australia is increasingly financialized through mortgage securitization. In these examples, rates of profit are disconnected from employment or the extraction of surplus from waged labour, raising questions about how surplus value is created through financial innovation.

In the global South development programs, particularly those that target “the girl” or women, focus on investing in one’s human capital through education or democratizing access to credit through microcredit programs (Murphy 2013). These schemes often work through indebting women and/or by devaluing other forms of life (which are not viewed as good investments), creating new forms of inequality and difference – engendering, for instance, new divisions between women. Here the female as potential (as human capital or an asset), has thoroughly reworked divisions between masculine and feminine, and public and private, which were integral to the Fordist social contract.

Furthermore, the economization and financialization of what was once considered private or feminine has expanded what is considered to be economic. Like economization scholars (Mitchell 2008, Caliskan and Callon 2009, Cameron and Gibson-Graham 2003), I agree that it is important to examine how certain things get construed as economic while others escape its measure, in order to challenge the reification of the economy. Importantly, Cameron and Gibson-Graham (2003) further urges us not to discredit alternative and non-capitalist modes of evaluation. However, I would argue that we can’t merely empty the economy of any meaning through deconstruction, but rather we need to examine the reconfiguring of the sexual contract and the expansion of the economic in order to create spaces for a feminist economic politics.

Cameron and Gibson-Graham (2003) argues that given the existence of diverse economies, a feminist economic politics can be realized through “non-capitalist activities in which social surplus is communally produced and distributed on basis of ethical principles to collectively decided upon ends” (153). As an anthropologist I welcome the insight that there are different kinds of transactions, labour, and modes of economic organization, for the messiness of everyday practice in numerous fieldsites reveal diverse economies.

For instance, anthropologist Carolyn Nordstrom shows in Global Outlaws (2007) how the black market, the so-called mainstream economy, and NGOs are inextricably linked in war-torn Angola. Nordstrom shows, however, that transnational aid and unpaid labour often create profits for a global elite, which are channeled into offshore bank accounts. This isn’t a simple story of co-option, but of an economy that is not fully captured by what is named ‘the economy’ and yet creates profits for capitalist markets.

Recognizing the diversity of economies thus cannot preclude an analysis of the intimate connections between different modes of economic organization, particularly given the increasing financialization of everyday life. My aim, here, is not to reproduce resignation to any alternative to capitalism by asserting its proliferation. Rather, I want to trouble the idea of being able to be “outside capitalism” in the creation of small-scale non-capitalist community economies. In my view, we cannot merely side-step financialization, but rather need to disrupt it in spaces that are neither fully outside nor inside capitalist modes or logics. How do we take financialization into account; that is, take it as seriously as the alternatives in diverse economies without reifying it?

I’ve been fascinated for some time with Strike Debt which emerged from the Occupy movement. Inspired by Gibson-Graham (and others), Hannah Appel (2014) examines new possibilities for economic imagination and political action in Occupy’s Alternative Banking discussions and initiatives in New York. Like Gibson-Graham she views ethical imagination as caught up in projects of action. One project included The Rolling Jubilee, a program through which the group Strike Debt buys defaulted debt on secondary markets for pennies on the dollar as a debt collector would, but abolishes rather than collects the debt.

This and other imaginative ideas like organizing mass debt defaults engage in efforts to use the tools of finance, while rejecting the responsiblized subject position of economic man or debtor. Possibility in these projects lies in expanding our understanding of financialization, so that we can politicize and rethink the ethics of finance (Appel 2014). I see possibility (perhaps ever so tentatively) in deepening our understanding of economization, in order to open up spaces for economic rethinking that is neither fully outside nor inside capitalism. Such rethinking is also not separate from practice nor tied to a single utopic vision, in line with what Gibson urges us to do.

Adkins, Lisa. 2016. Contingent Labour and the Rewriting of the Sexual Contract. IN The Post-Fordist Sexual Contract: Working and Living in Contingency. Lisa Adkins and Maryanne Dever, eds. Pp. 1-28.

Allon, Fiona. 2010. Speculating on Everyday Life: The Cultural Economy of the Quotidian. Journal of Communication Inquiry 34(4):366-381.

Caliskan, Koray and Michel Callon. 2009. Economization, part 1: shifting attention from the economy towards processes of economization. Economy and Society 38(3): 369-398.

[1] The author would like to thank Pieta Hyvärinen for inviting her to respond to Gibson’s lecture.